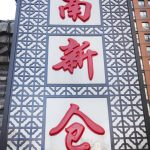 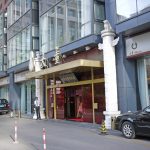 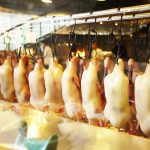 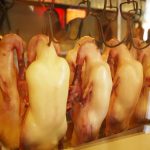 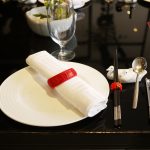 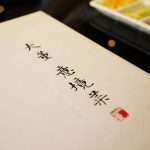 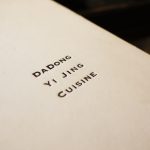 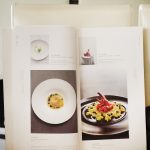 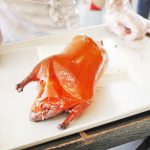 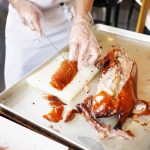 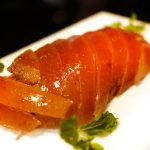 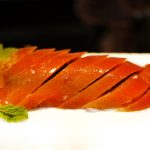 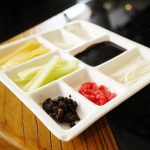 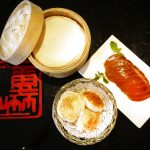 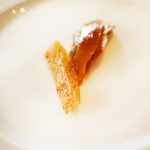 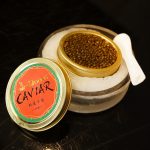 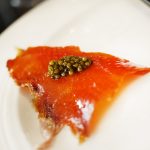 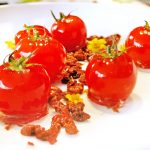 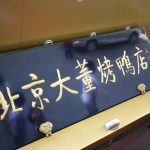 First, let’s get it out of the way. The name, I mean. Da Dong means “big Dong”, and the restaurant’s called that because it’s what they call the chef. And he’s called that because his height of 1.93m (6ft 3 ins). Da Dong is recognised as the first chef to innovate by incorporating elements of western cooking style into Chinese Cuisine. When I look back at some of his dishes from 20 years ago, I still wonder at his creativity, in terms of both the East-West fusion element and the plating of each dish.  He was definitely way ahead of his time! And he’s gone from success to success, after opening his first restaurant 30 years ago (Da Dong Roasted Duck), when he completely modernised Peking Duck by developing a technique that made the skin of the duck crispy without being greasy. This method of making Peking Duck was so highly acclaimed that it featured in Heston’s In Search of Perfection.

Actually, Da Dong isn’t only known in China. He’s also one of the very few well-known Chinese figures in the elite circle of top chefs who are good friends with Alain Ducasse and Joel Robuchon. What’s more, Da Dong was the only representative from China on the invitation list for the 25th anniversary of Louis XV in Monte Carlo (2102). It was a list that included 240 chefs from 25 countries.

There are many branches of Da Dong in Beijing, the biggest being in NanXinCang. And the menu in every restaurant is huge, not just physically (it’s bigger than my 24” computer screen), but in terms of options, too – each dish is illustrated by a large, high-quality image, making it look very appealing. So appealing, in fact, that I wanted to try all of them! Sadly, though, I just didn’t have time. I had a pretty packed agenda on this trip, and a quick mid-afternoon visit was all the time I could afford. Still, it was enough to achieve my main aim – which was to try the best-known Peking duck in the world.

And the reason this dish enjoys such an exalted status is simple: they go to incredible lengths to make sure that it’s perfect. For a start, they’re careful to choose birds that aren’t too old – otherwise the fat underneath the skin is too thick. Then, before they air-dry the duck, they blast-freeze the skin, so that ice crystals form within the skin structure and enhance the evaporation of moisture. Most importantly, they use a uniquely-designed brick oven. Instead of the traditional rectangular shape, their oven is rounded and bullet-shaped, which optimises heat circulation and ensures all the fat is completely melted away during the roasting process.

Does it work? I’ll say it does! Each slice of skin had a beautiful glaze, making it really crispy without being greasy at all.  Now, that’s what I call a perfect Peking Duck! Having experienced more than 15 recommended Peking Duck places in Beijing, only one matched the standards of Da Dong – Made in China in the Grand Hyatt.

Check out Heston’s quest for the perfect Peking Duck In Search Of Perfection. I guarantee you will look at Peking Duck differently.