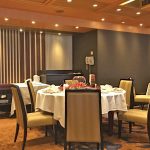 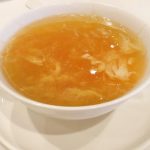 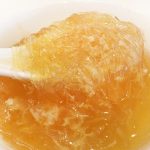 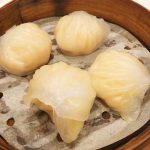 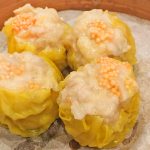 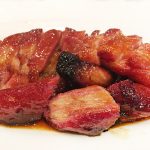 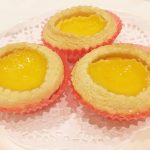 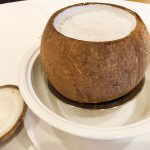 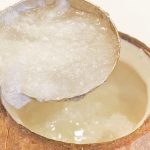 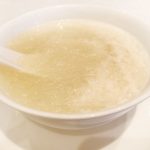 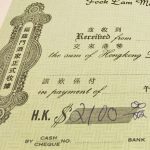 Image 1: Chui Fook Chuen began his journey to culinary fame about a century ago, quickly becoming a popular chef among people of influence such as politicians and businessmen. But it was only after the war that he established a restaurant. Fook Lam Moon, which translates as "fortune arrives at your home", is today considered as an eating place for the elite - in fact, it’s often referred to as "The cafeteria for the wealthy"! So before visiting, you would be wise to check out the menu, as some Cantonese delicacies can add an extra zero to your bill!

Image 2: I was very curious to see if this is just a place for the rich to flaunt their wealth or whether it really does deserve its Michelin star and a place in Asia's 50Best list. There was only one way to find out – so off I went, with expectations understandably high. The first impression wasn’t great - the staff weren’t very welcoming and the dining room was very ordinary. I remained optimistic. As the place is known for its up-market delicacies, I was particularly looking forward to trying them – in fact, I had pre-ordered a dessert which required 24-hours notice.

Image 3: First up was Shark's fin soup. And yes, I know it’s controversial, but it’s a recognised symbol of wealth in Chinese culture. And, if you’re going to have it, you might as well go for a truly authentic dish, such as the one they serve here. They have lots of different grades of Shark's fin and I went for the “cheapest” – a word which is hardly suitable as it was US$70 for a small bowl! And – would you believe it? - they didn't even serve it neatly in an attractive bowl. But there was an upside...

Image 4: ... The quantity! This alone justified the price. Shark’s fin soup is a common dish at Chinese wedding banquets but it’s almost always mixed with meat and doused with MSG – more like a thick MSG meat soup with a few strands of shark's fin. Here, it had a very generous portion of fin. The texture resembled noodles but with a slightly bony texture, the main flavour coming from the soup made from a concentrate of chicken meat and Jin Hua ham, a type of Chinese dry cured ham. The result? A very clean flavour on my tongue, with absolutely no trace of MSG!

Image 5: Of course, it would be remiss of me not to try some of their classic dim sum, too - Har Gow, traditional prawn dumpling. The skin had a perfect thickness - not so thick that all you could taste is flour; but not so thin that it fell apart at the first touch. Also, instead of the usual chopped frozen prawns mixed with pork fat and bamboo shoots, there was just prawns inside - at least two fresh prawns used for each Har Gow. One thing’s for sure – they’re not afraid to use top-quality ingredients here!

Image 6: Another dim sum, Siu Mai, this time open-top pork dumpling. From the great texture and pleasant flavour, it was obvious that they’d used excellent pork. However, there was no fat at all -perhaps there’s such a thing as being a bit too healthy!

Image 7: Wow! The Char Siu was a real surprise. Definitely a highlight of the meal – so far, at any rate. The choice of cut had a nice blend of fat and meat, slightly toward the lean side, though some pieces had a small bit of fat attached, resulting in a nice blend of meaty succulence and fatty flavour. And what about the sauce of the Char Siu? Whoa! It was like sweet soy sauce from claypot rice but with a very appetising aroma of smokiness. I’m not sure if I’ve had such a top-notch Char Siu before.

Image 8: And that was it for the savoury courses, as I had allocated most of my budget to the 24-hour pre-ordered dessert. Before that arrived though, I sampled their freshly-baked Egg tart, which turned out to be nice but ordinary. Frankly, you can get that quality in pretty much any dim sum place in Hong Kong.

Image 9: Well, I had saved the best for the last! I spent a whopping US$140 on this coconut - ridiculous don’t you think? Well, it was the double-steaming in whole coconut that attracted me - a cooking technique used for delicacies. The container (coconut in this case), had been fully enclosed before being steamed for hours, so that the coconut aroma fully penetrated the soup inside. And what was the soup inside? It was Bird's nest, created by swiftlets using solidified saliva, among the most highly prized ingredients used for dessert.

Image 10: Look at the amount of bird's nest! There’s no doubt that this establishment is good on the quantity front! And, when it arrived, I was quickly enveloped by the delicate fragrance of coconut. The bird's nest itself was like tiny pieces of jelly that tasted like egg white. As I write this, I’m trying to think of something comparable, but the closest that I can think of is egg drop soup - but with much more egg white drop.

Image 11: The coconut flavour was captured beautifully - not overly sweet, and with a seductive aroma that carried through the dessert. This coconut served more than 3 small bowls which is quite enough for two to share. It looks creamy and filling, but - actually – it was very refreshing. Happy ending! So, in the end, what was the damage?

Image 12: Well, it was a cool US$270! But you have to remember the two expensive delicacies – without these, a lunch for two would be well below US$100. Yes, it’s one of the most expensive restaurants in town, but at least it's expensive for a reason. They made a point of using the very best ingredients, and you couldn’t accuse them of being stingy when it came to quantity. The dim sum was pretty decent, and the Char Siu was one of the best. In summary, I would definitely come back to try other, perhaps more affordable, dishes from this "cafeteria for the wealthy"!