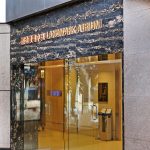 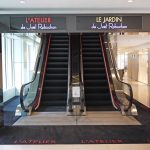 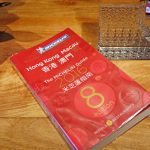 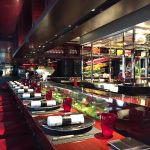 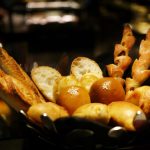 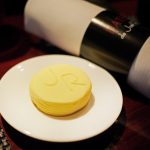 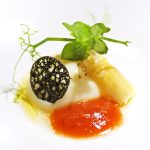 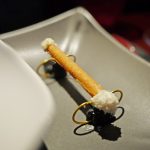 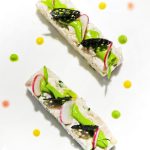 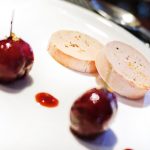 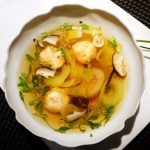 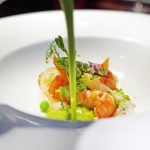 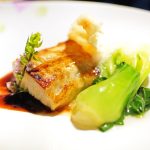 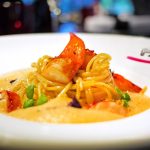 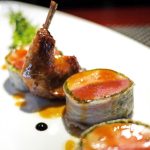 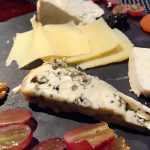 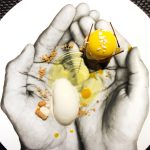 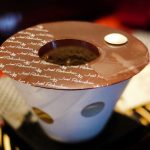 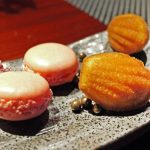 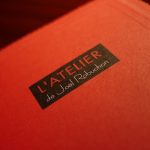 Image 1: Landmark, a shopping mall that’s home to some of the most expensive international brand names, as well as two Michelin 3-star and one Michelin 2-star restaurants. Getting there was easy as Hong Kong’s MTR (the metro system) allows people to travel between lots of office buildings and shopping malls without even going outdoors. As a point of interest, this is also where Joël Robuchon made a name for himself in Hong Kong.

Image 2: After passing the storefronts of many luxury brands, I found myself on the 3rd floor of the mall where finally I found the escalator which led to the reception desk, which exhibits a…

Image 3: … “red guide”, to ensure that no customer goes unaware of their Michelin 3-star elite status. Well, having been to most L'Atelier around the world, one thing I’m always impressed by is the consistency in quality of all his food. They must have an excellent training system to ensure such consistency around the world. So, how come many L'Atelier has just 1 or 2-stars, while only this one has 3-stars? The only way to find out is to experience the food myself!

Image 4: The staff led me to the restaurant’s iconic black and red kitchen counter. And it was here that I had my first suspicion that I might be in for yet another experience of Hong Kong fine dining with poor service. I was the first to arrive as I’d made the booking as a birthday treat for my sister, and, as I sat waiting…

Image 5: …The waitress came and dropped off an assorted basket of bread. In itself, that was a good thing. What wasn’t so great was the fact that she just dumped it down and walked away without so much as a word of explanation.

Image 6: The bread came with a medallion of butter ‘engraved’ with Robuchon's initial. Shortly after this, my sister arrived and we starting to chat. Although it must have been obvious that we hadn’t seen each other for years, the waitress reappeared and interrupted us, saying “what do you want to eat?” in such an abrupt manner and with such a deadpan expression that we felt justified in ignoring her. She went away.

Image 7: After a minute or so, she returned to serve an amuse bouche of white asparagus panna cotta, garnished with tomato coulis. This was had a very delicate texture, and the tomato was sweet and fresh. The waitress then opened the menu and went through our lunch choices – she was clearly keen for us to order quickly. So we did – just so she would leave us alone for a minute!

Image 8: The panna cotta came with a lovely cheese tuile on the side. So far, the food was great – which was more than could be said for the service! And this is what Michelin consider to be the best French restaurant in Hong Kong!

Image 9: We opted for the 5-course lunch menu, deciding that we’d share each course so that we get a better impression of the food quality here. First up was Hamachi - a pair of neatly stacked yellowtail tartare, topped with avocado guacamole. The plate had been decorated with small beads of various sweet and spicy sauces, and finely-diced red onion gave a well-balanced mixture of sweetness, spiciness and acidity. Very tasty!

Image 10: Classic foie gras terrine from Landes, with almond-stuffed cherry confit and warm brioche on the side. As we had expected, the food here was nice – but the service continued to be very disappointing, with absolutely no background to, or explanation of, courses as they arrived. The waitress had one purpose only - to drop the plate off at our table.

Image 11: Then the soup course arrived. This was a clear broth with spiced vegetable that tasted similar to a lighter version of the Thai's Tom Yum Soup. I confess that I really enjoyed the Lobster tsukune - Japanese meatball made with chopped lobster and crab roe. This gave a fun and sparkly texture when you bit into it.

Image 12: The other choice of soup was a green pea and almond velouté, with langoustine, peas, and scallion on a bed of mint. The warm and creamy soup, together with a burst of freshness from the peas and three decent-sized and beautifully cooked langoustine, made for a very satisfying course indeed!

Image 13: After a wait of about 20 minutes, another waiter came into the picture, serving us the fish course. Now, I’m not really a great fan of fish in French restaurants, but this was an exception. It was Black cod on Malabar black pepper sauce, accompanied by a couple of Chinese cabbage. The very fatty fish had been perfectly done - just enough heat had been applied to give a crispy top with melting fat, while maintaining the soft flakiness of the flesh. I think I might need to reconsider my views on fish in French cuisine!

Image 14: They obviously don’t work with cheap ingredients here - even for a set lunch, as the other choice of seafood was Maine lobster spaghetti. And the portions were generous, too - you got the meat from the whole claw surrounded by four jumbo pieces of tail, plus various bits of lobster underneath. Wow! But the best part was the aromatic flavour of the sea from the foamy coral sauce with the pasta. This course alone worth the trip!

Image 15: Another half an hour passed, and most of the diners had left, before we realised that the waiter and waitress who had served us had gone, leaving just a single waiter to serve the remaining 7 customers! He finally got round to us, bringing French pigeon, which had been wrapped together with a piece of foie gras with cabbage and bacon skin before being slow-cooked. This was a stunning course: the tender meat, silky foie and thin bacon all cohering perfectly in terms of texture and flavour. Definitely my type of food!

Image 16: My least favourite course was the seared beef flag shallot with Padron pepper. Meaty and a bit on the tough side. It had been drizzled with classic pepper sauce. The waiter had been left to handle things by himself – everything from removing used cutlery and plates to serving the next course. I guess this explained why no cutlery was provided for our main course until I pointed it out to him. The frustration on his face was clear as he’d been left to deal with all the remaining customers with absolutely no support.

Image 17: The cheese finally arrived – a range of cow cheeses, from creamy to blue, all with condiments such as blueberries, walnut, grapes and dates.

Image 18: After yet another 20-minute wait, the dessert arrived - white chocolate ice cream with mango mousse and moscovado strudel. No cutlery had been provided (again!), and it took me a while to grab his attention – by which time the ice cream had half melted! Very annoying!

Image 19: Finally - the restaurant’s signature Chocolate sensation, made with guanaja cream, cocoa ice cream and chocolate biscuit. By now, our original waiter and waitress were back on the scene – both wearing what can only be described as very angry faces. I guess there had been some kind of disagreement among the team!

Image 20: The set lunch even included a choice of tea or coffee with the petits fours. Despite the service, or lack of it, I had to admit that the meal was great value!

Image 21: Needless to say, I loved the food here. They’re not afraid of using generous portion of high-quality ingredients even for a set lunch – yet the cost is about a third of the price of Sushi Shikon. Add the fact that it’s in such a prestigious central location, and you have what must be the best fine dining bargain in town. Once again, the service in Hong Kong is a big let-down - Inexperienced team and without a manager on site. Worst of all was a team conflict which they made no effort to disguise - and from which the customers were made to suffer.