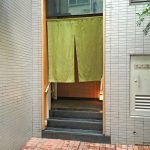 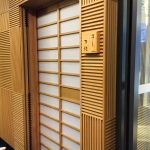 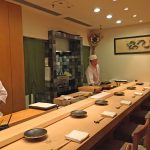 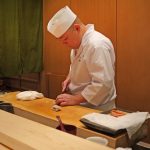 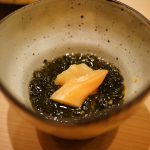 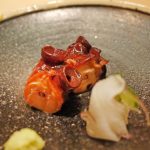 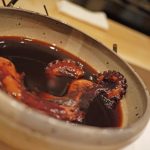 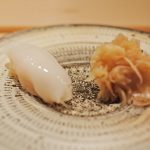 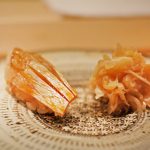 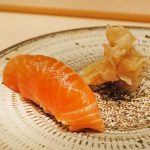 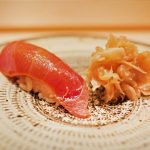 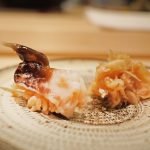 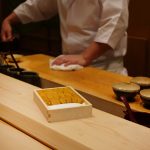 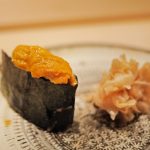 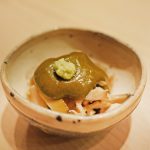 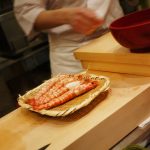 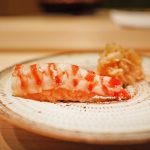 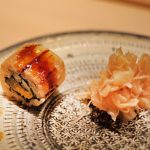 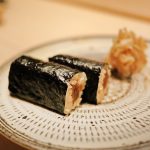 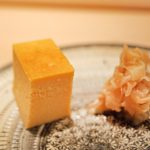 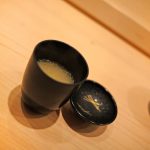 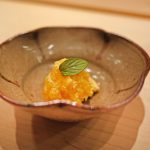 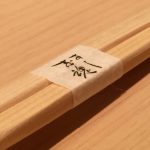 Image 1: Tucked away in a corner of the ground floor of an unpretentious spot in Sheung Wan, Sushi Shikon is easy to miss. And even if you do see it, you’re likely to mistake it for a public toilet, rather than recognise it for what it actually is – a Michelin 3-star restaurant!

Image 2: Does it live up to its 3-star billing? Well, for those who hate suspense, I’ll tell you right now – NO! According to their website, "Dining at Sushi Shikon is an unforgettable experience". Which, in a sense, turned out to be right. After all, you will never forget paying HK$2000 each for 12 pieces of average quality sushi in a hurry! The worst thing was - we all left hungry! The dinner menu has some non-sushi items, but it’s almost double the lunch price, which I didn’t think was justified. So I decided to opt for lunch.

Image 3: It was pretty easy to get a lunch booking since the minimum booking is for four. However, I had to work hard to convince three other friends to join me to for a such an expensive lunch. Needless to say, all of our expectations were sky high! When the waitress opened the door, we were faced with a counter seating a maximum of 8. She wasted not time in explaining that most of the ingredients in the meal were came from Japan - even the water and coal used for cooking. She also recommended that we eat our sushi in the traditional way – using fingers and not chopsticks.

Image 4: As I hadn’t been to Japan for a few years now, I’d developed a real craving for some seriously good sushi. In fact, none of us could wait to have a bite of what’s supposed to be the best sushi in Hong Kong. And, fortunately, the sushi chef looked like he didn’t intend to make us wait – he went immediately into action. However, the executive chef Yoshiharu Kakinuma, meanwhile, did little except stand and watch, with his arms folded across his chest. He didn’t make even one single piece for our meal. It was hardly a great way to demonstrate his workmanship!

Image 5: The small appetiser to start consisted of natural seaweed topped with two slices of orange clam. It certainly had a lovely smell of yuzu, but all four of our faces took on a puckered expression, as if sucking a lemon, when we realised the broth had a heavy dose of vinaigrette.

Image 6: The waitress served their signature Octopus. Sure, it was very tender – but way, way too sweet!

Image 7: What, I asked, made the octopus taste like sugar? The waitress pointed to a bowl of marinated octopus which contained sweet soy sauce. Oh well – our hopes were still high.

Image 8: After the chef had placed a small stack of pickled ginger on the plate (for cleansing the palate between piece of sushi) our meal began. First up, squid. It was so slippery that I almost couldn’t hold it. Now THIS was authentic sushi – extremely soft, with no trace of chewiness. One thing I didn’t like, though, was the fact that they had used red vinegar to cook the rice, making the sushi too acid, and giving the rice a brownish colour.

Image 9: Next was Snapper – this had a nice floral aroma, as it had been marinated with cherry blossom.

Image 10: I was pleased that (as you would expect in a sushi restaurant of this quality) that they had used Sea trout , as salmon often has an unpleasant aftertaste. The fish itself was beautiful, although the sauce was too salty for my taste.

Image 11: Despite the fact that it was a very expensive meal, they didn’t serve the fattiest part of the tuna belly (o-toro), just the medium-fatty part (chi-toro). Sadly, the hoped-for melt-in-mouth sensation never arrived, as the fish was rather tough at the edge. At that point, we all agreed that our meal was proving, so far, to be pretty poor, to say the least.

Image 12: This was my first experience of Cockle clam - it had a unique texture, soft but crunchy, and a muted flavour.

Image 13: Usually, this is the highlight of any sushi meal – Sea urchin, uni! This box had arrived from Hokkaido that very morning.

Image 14: It was so silky that it literally melted in my mouth, but it’s flavour was almost non-existent - far, far short of the intense and rich flavour I’d expected. When I asked why it was so weak in flavour, I was told that it was an ‘elegant characteristic’ of this particular species (called purple sea urchin). Well... what could I say? Only, I suppose, that I won’t be in any hurry to have it again, especially not at this price!

Image 15: Now came the (only) highlight of the meal - sliced Abalone covered in liver sauce, with rice at the bottom. Lovely texture, great depth on the sauce – my only complaint was that there wasn’t enough. Only two small bites!

Image 16: So…onto our 8th piece of sushi - Tiger prawn that had been briefly poached (for a minute). And it led to…

Image 17: …More disappointment. Instead of being, as we’d expected, juicy and delicate, it was tough and dry. Fresh from Japan? Kidding me! By now, it was beginning to look like we had been fooled – not for the first time! - by the Michelin Guide Hong Kong.

Image 18: Our 9th piece of sushi was Anago - salt water eel, served with pickled radish. It was just a tiny morsel of fish accompanied by a small amount of rice and pickles. All we could taste was the strong flavour of the pickles. Shame!

Image 19: Now the waitress delivered a Pickled roll, telling us that this was our final piece of sushi. I was so surprised, that I exclaimed “What?” rather loudly, and pointed out that, even if you count this roll (which had no fish), we’d only had 10 pieces of sushi. She replied by saying you hadn’t counted the first two amuse bouches, the seaweed broth and the octopus. The lunch, she said, is “12 items” – which doesn’t mean 12 actual pieces of sushi. I said nothing – not because I agreed with her, but because I was speechless!

Image 20: She returned with a tiny and cute bite of Sweet egg custard, consisting of fish and prawn. It was tasty - but insufficient. The waitress explained that, in Japan, the egg custard usually marks the end of a sushi meal (which I know to be true from my other sushi experiences in Japan) but, in response to feedback from local customers…

Image 22: …A dessert of pomelo and mango custard. To call this tiny would be to exaggerate its size – ‘microscopic’ would be more accurate. It wasn’t even half a bite! Well, I suppose it was a fitting way to end a meal that was is a complete rip-off, to put it mildly. The price was extortionate (with service was HK$8000 for four), the fish lacked freshness, the sushi was distinctly ordinary (some was too acidic, and some too salty), the Master chef didn’t even bother to get his hands dirty – and on top of all this, it wasn’t even 12 pieces of sushi. It was so unsatisfying that we all went elsewhere for another lunch!

Image 23: This meal made me realise that Michelin needs a customer complaint line. When I make a bad recommendation to my friends, they can complain to me and I have to take responsibility for my recommendation. But when the Michelin Guide (which I’d paid for!) makes a bad recommendation to me, I have no-one to complain to. Any company encourages customer feedback in order to improve the quality of its product or service – so why isn't a massive and influential global corporate like Michelin takes feedback? In the end, it can only damage their reputation if restaurants like Sushi Shikon continue to be listed as 3-stars!