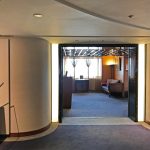 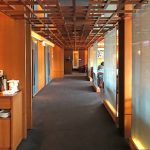 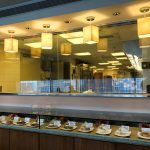 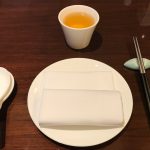 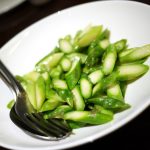 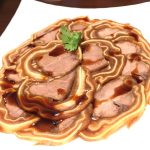 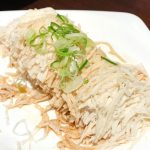 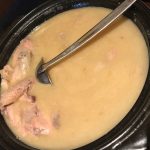 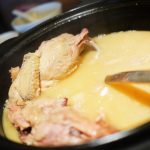 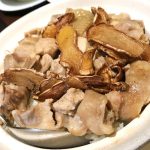 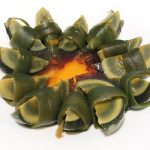 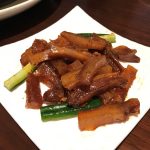 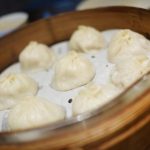 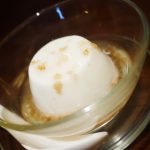 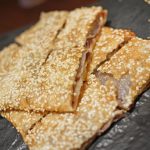 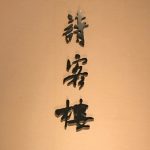 Image 1: Another restaurant in Taipei that’s highly rated by Michelin, attracting 2 stars from the guide, is The Guest House. Like the 3-star Le Palais, it’s on the top floor of its host hotel (Sheraton Grand Hotel), which, coincidentally enough, also happens to be the 17th floor!

Image 2: However, any similarities with Le Palais end there. In fact, with its informal dining room, minimal table settings and lack of attention to presentation.

Image 3: Despite this, though, the food quality at The Guest House is decent enough. Nothing too exciting, true, but it’s made with good ingredients, and doesn’t try and pretend to be what it’s not.

Image 4: The place was very under-staffed, and it was a while before someone led us to our table. When we got there, it was set for 3, even though we had booked for 4. To get the extra setting wasn’t easy, as the staff were so busy – I had to resort to standing up a couple of times to attract a waiter’s attention. In fact, they were so manically busy that they barely had time to explain the menu.

Image 5: The food was served as it became ready, without any thought to order. . . so the vegetable arrived first - stir-fried asparagus. As it turned out, this was probably the best dish of the meal, simply because of the quality of the ingredients. I could sense the freshness.

Image 6: Then we had a long wait for our starters - pork tongue wrapped in pig's ear. It was a creative idea, and had good flavours and a great texture.

Image 7: Shredded hundred-leaf tofu. It looks like a plate of leftover food, but it’s actually a stack of shredded tofu skin. However, despite the poor presentation and the blandness of the first few bites, the bean flavour of the tofu did come through, and turned out to be quite an enjoyable and refreshing cold starter. After this, there was another long wait before the soup and main course all arrived came together - then back to starters. Basically, it was as bit of a mess.

Image 8: Chicken and jin-hwa ham soup – a traditional way of making proper chicken stock. It’s made with whole chicken, ham, and dried scallop that’s been boiled for 10 hours (which is why it’s availably by pre-order only). It’s the type of soup base that’s often used in shark’s fin soup, but it’s rare that a restaurant would make it the authentic way using the whole chicken. So, this is the real deal of proper chicken broth! And it showed – the powerful and rich flavours of the ingredients came across beautifully.

Image 9: It was a pleasure that came at a price though. That’s because a single order of this dish is designed to serve 10 people, so it cost more than the rest of the dishes combined! Consuming the whole lot was a challenge for just four of us, but we managed it - after all, we didn’t want to waste such pure essence of chicken in liquid form.

Image 10: And now, chicken rice in black sesame oil - a traditional Taiwanese rice dish, served in a claypot. The rice was a little on the dry side, the sesame oiled chicken lacked both fragrance and taste, and ginger had been rather too liberally used. So, while it may be an authentic local dish, it’s also a boring dish, sadly.

Image 11: Back to a cold starter - preserved egg in pepper. Not impressed, I’m afraid. The yolk wasn't even creamy!

Image 13: Classic soup dumpling. With thick skins and a very bland filling, it’s far inferior to Ding Tai Fung (a famous shop for soup dumpling, with branches all over the world)

Image 14: Almond tofu – not silky enough, was our verdict.

Image 15: This pancake had a layer of actual red bean, instead of red bean paste which made a pleasant change and a nice end to our meal.

Image 16: Conclusion? It’s hard to avoid the feeling that Michelin is devaluing its own standards by awarding 2 stars to this level of restaurant. Having said that, I’d choose the offerings of The Guest House over the ill-conceived and pretentious culinary innovations of Le Palais, any day!