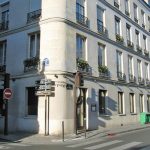 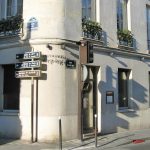 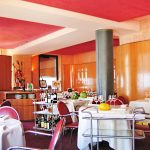 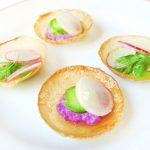 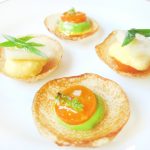 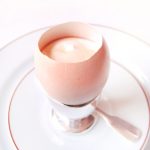 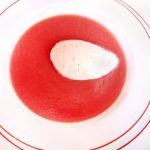 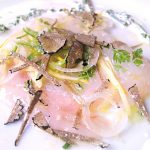 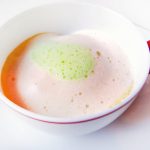 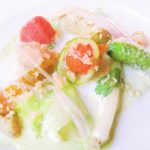 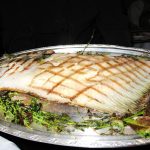 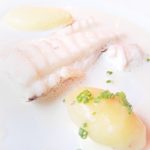 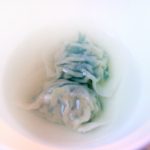 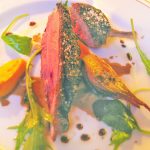 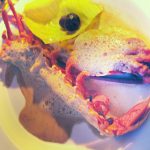 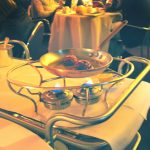 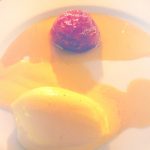 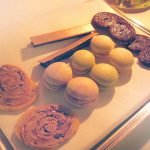 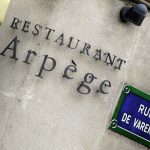 Image 1: Having held Michelin 3-Star status for decades, Alain Passard, is famous for his vegetable dishes made with ingredients grown in his garden outside Paris. He also appeared in the Japanese TV show “Iron Chef”.

Image 2: You could easily walk past this unpretentious façade without noticing it’s a restaurant. Not that it matters – they’re so fully booked for months ahead, that they know customers will track them down, wherever they’re located.

Image 3: This dining room is so densely packed with tables that even the waiters can’t move around easily. And that’s not the worst thing - kitchen noises could be clearly heard throughout our meal from our table. Very annoying!

Image 4: The only choice was the tasting menu, which started with a Vegetable Collection amuse bouche. Very simple, just vegetables from the chef's garden, served on mini crisps.

Image 5: The focus was on vegetables – pretty bland.

Image 6: Egg in shell. A creamy mixture of egg yolk, yogurt, sherry vinaigrette and maple syrup, served in an eggshell. It had a disappointingly weak flavour. Being part of one of the most expensive tasting menus in the world, I’d have expected it to be accompanies by a touch of caviar, say, to bring in some saltiness! A shame, because it could have been an elegant course.

Image 7: This is a scoop of mustard seed sorbet, bathing in tomato Gazpacho. The soup was cool and refreshing, with a beautiful tomato flavour. Why they put the dollop of mustard sorbet in it defeats me – it completely overwhelmed the soup, which was delightful by itself.

Image 8: Carpaccio of Loctudy Langoustine, garnished with chopped summer truffle, apple and cucumber, and finished off with chive sour cream. The sweet langoustine was lovely, but the raw onion and chives completely negated the taste of the high-quality seafood.

Image 9: This foamy soup had some mussels hidden beneath the surface. A mussel in my dish came complete with sand, and I (discretely) spat it out, thinking that you could take authenticity a bit too far! So far we were disappointed, and the kitchen noises continued to disturb us. But then it came one of the chef’s signature courses...

Image 10: ... Colour, Savoury, Perfume, Picture of Garden! This was, basically, a mixed salad all from the chef’s garden. Yes, they were perfectly fresh, but dominated by onion, leek, scallion and other members of the allium family. The result – a dish unpleasantly dominated by a sharply raw leeky and garlicky flavour. Some might like that taste (and aftertaste!) – it’s probably one of the worst dishes I’ve had in all my Michelin dining experience.

Image 11: We were brought a whole Turbot, almost the size of our table. With a nice charcoaly appearance from the grill, it put a smile back on my face – for a moment, I thought I finally understood why the menu is so expensive. It was only when the fish was then shown to another table, then another, then another, that the truth dawned... I suddenly realised that the fish wasn't meant for just the two of us! In fact…

Image 13: This is wonton with herb. I have no idea why it was served as a side dish. And only two! Just weird!

Image 14: There were two choices of main course, one being - Duck breast coated with a black olive crust and served with lemon peel mash on the side. The meat was tender with a crispy skin; it also had a very clean flavour without being too gamey. It still lacked seasoning, though.

Image 15: The other choice of main course was Lobster - but only a half. Unbelievable!

Image 16: According to the manager, this Tomato with 12 flavours, is so famous that customers often fly here specially just to have it. It's been on the menu since day one! Well, my first thought was that it’s crazy to use tomato as the basis of a dessert, but it sounded like a very innovative and complex dish, so I kept an open mind – in fact, my expectations (and hopes) has soared sky-high! The manager was heating a pair of tomatoes in syrup.

Image 17: Served with “flower ice cream”, this warm tomato encased with a mixture of nuts and various "secret herbs and spices", providing a range of flavours and textures. The syrup wasn’t overly sweet. However, I confess that I found the tomato-syrup combo as a dessert very unpleasant. What had he been drinking when he created this course? The mind boggles! People fly back specially for it? Seriously? Come on, you’re kidding!

Image 18: And that was it, except for a choice of coffee or tea. The noise from the kitchen had annoyed us for the whole 3 hours. Even with a cheapest half bottle of wine on the list, our bill came to a four-digit number (Euros), and I was still hungry. What an experience! And I don’t mean that in a good way! We knew that all 3-star restaurants in France are very expensive, and we also understood why - high staff to customer ratios...

Image 19: ... or expensive ingredients, or grand dining rooms, or all of these, make life expensive for restaurateurs. But this one left me puzzled since the price just didn’t seem justified. On my way out, I mentioned to the manager that this was the most expensive meal I’d ever had. His response was complacent in the extreme: "we charge,” he said, “a high price simply because of our success - and someone has to be the most expensive in the industry!"