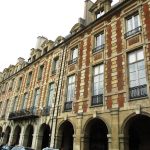 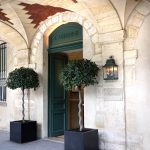 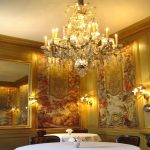 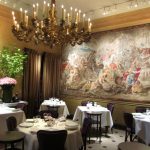 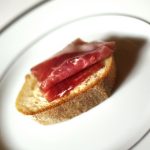 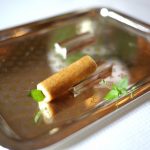 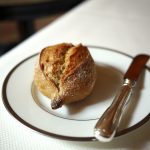 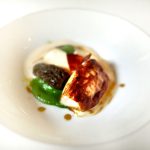 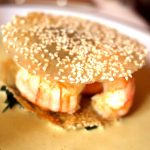 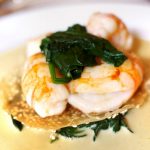 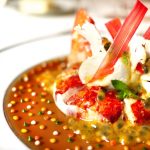 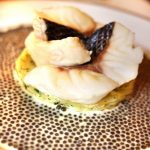 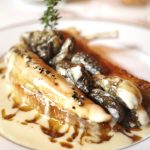 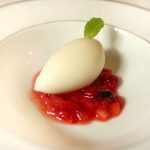 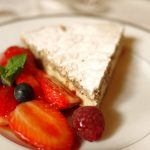 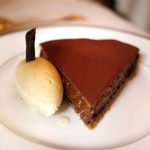 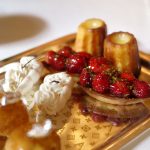 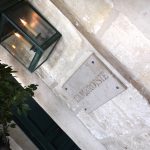 Image 1: After dining in all 3-star restaurants in Paris and more than seventy 3-star places around the world in the past six years, I decided to re-experience one of our first few 3-star visits! Is my palate more developed now? Definitely. Am I more picky now? For sure. Do I have a high expectation? Very!

Image 2: Situated at Place des Vosges, this place is often visited by politicians as it is very close to the parliament. Not much has changed at this place. Comparing to the photos from last time, the entrance was exactly the same and even the trees seemed to be the same!

Image 3: It was a very quiet weekday lunch as they only had three bookings. We walked by the first dining room which was not in service.

Image 4: And we entered into the second room which was where we had our meal last time. The interior of the restaurant similarly remained unchanged and they still only had a 3-course a-la-carte option and only in French! The only change that I noticed so far was the increase in price.

Image 5: An amuse bouche of dried ham on bread came together with our glasses of Cristal 2004. The ham was chewy and the bread was tough. It was a terrible start and we were very concerned that this revisit will ruin our good memories of this place!

Image 6: This one was much better - a roll containing mozzarella, honey and basil. It was very delicate in such a way that I had trouble picking it up without crushing it!

Image 8: While we were feeling a bit disappointed, there was actual one more amuse bouche, and of a decent portion too. Seared sweetbread on chorizo cream with pieces of chorizo and morel. The chorizo cream was very tasty and complemented with good texture from both sweetbread and morel. Regained some confidence of this place!

Image 9: Every course here was simply traditional cooking at its best, a complete opposite end from Gagnaire's complex approach where one course consists of multiple complex components! We ordered the same signature dishes as last time. For starter, sandwiched between thin sesame wafers was langoustine with curry sauce!

Image 10: The curry sauce was very mild where the freshness from the precisely cooked langoustine was still shining through. The paper thin crunch from the wafers was enjoyable leaving a nice hint of sesame flavour throughout. I have to say the same as what I said years ago, "perhaps the best langoustine dish ever"! And what a relief!

Image 11: The other signature starter was the lobster. A whole lobster tail resting on a layer of colourfully decorated tomato jello finished with a passion fruit sauce and rhubarb crisps garnish; a fruity variation from last time. As expected, the lobster was beautifully poached and though I wasn't sure about the sharpness of the passion fruit seeds, I loved every single bite of the lobster.

Image 12: Their signature main course was pieces of interlocking sea bass served on slices of artichokes. The luxurious touch of this dish was the generous amount of Osetra caviar swimming in a cream sauce. The fillet had a delicate flaky texture and the amazing part again was the natural seasoning that burst out from the caviar providing a taste of the sea. Impeccable! Truly delicious food and no wonder it has been on the menu for decades.

Image 13: Instead of ordering a jumbo piece of foie gras like last time, I took their suggestion of the meat of the day - a traditional course of Bresse chicken and morel. It was a big portion of chicken breast, moist meat accompanied by spongy morels soaked in a creamy mushroom sauce. Classic flavours are always a winning combination. A very satisfying main course.

Image 14: Not a long meal, just two courses, but delicious two courses. A sorbet before the dessert, lemon sorbet and red fruit.

Image 15: They recommended a popular dessert on the current menu, inside the two biscuits of praline meringue was almond cream accompanied by raspberries and strawberries on the side. Lucky that I took their suggestion as this was exactly my type of dessert - nutty, crunchy, airy, and not overly sweet. Excellent dessert!

Image 16: And of course, we had to order their magical chocolate cake. Without flour, cream, nor butter, just made with sabayon and chocolate! In the middle was a very light ganache that was not heavy at all and the thin chocolate crust... wow! A great ending to the meal and we felt the same satisfaction as we did six years ago!

Image 17: A traditional set of petits fours to conclude our revisit. Although the meal had a bumpy start, once the signature dishes arrived, it definitely brought sunshine onto the table. I wouldn't go as far as saying it is worth every single penny because food alone, 3-course for two, was about €600 and the total lunch bill was over €800! What I can say is if you have cash to spend, this is a place you can't miss.

Image 18: That was our two hour experience of old school French cooking in a magnificent 17th century town house. A meal truly about the food without any visual wonders to dazzle our eyes, and there was no need! I was very glad that we still enjoyed the same restaurant and the same courses as much as we did after all these years and after all our 3-star experiences. I guess this is what true classic is all about!