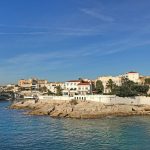 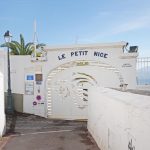 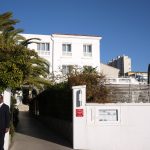 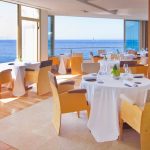 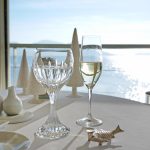 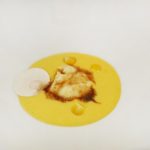 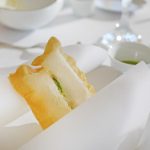 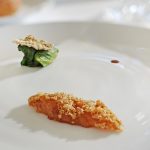 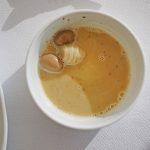 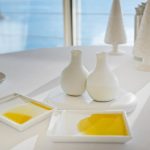 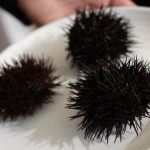 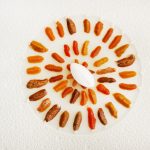 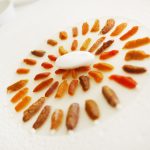 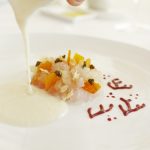 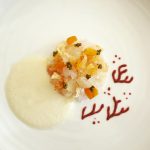 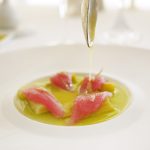 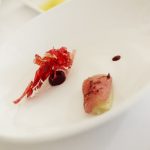 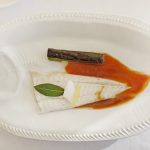 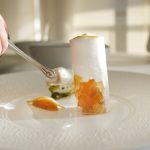 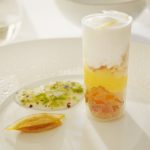 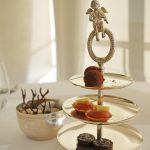 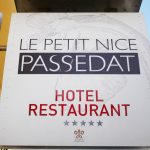 Image 1: 1917. A whole century ago! That’s when Chef Gérald Passedat’s grandfather and his famous opera singer grandmother fell in love with this place and decided to settle here. He couldn’t have dreamt that it would become not merely a luxury restaurant and boutique hotel, but one of the top restaurants in the country. Gérald was awarded his first Michelin star in 1977, a second in 1981 and the ultimate accolade – the third star – in 2008.

Image 2: It may be easy to get to (just a 10-minute taxi ride from Marseille harbour), but the hotel’s entrance isn’t exactly obvious – the taxi dropped us off at the main road and we had to walk the rest of the way. It turned out, though, that we could have driven right to the front gate.

Image 3: Behind the gate was a smartly-dressed member of staff ready to welcome guests. He led us to the hotel entrance, where we were met by another staff member who showed us the way to the dining room.

Image 4: The dining area may not be huge, but it’s beautifully situated, offering a panoramic view of the Mediterranean Sea.

Image 5: There was a downside to this lovely setting, though – blinding brightness! Marseille is known for its sunny climate (300+ days a year), and the restaurant faces South West. This meant that it wasn’t easy to keep your eyes open. Some guests came armed with sunglasses. I wished I’d bought mine! In the end, the brightness became unbearable, and we had to ask them to lower the blinds by our table. Another unfortunate consequence of the sunshine was that the room was a very warm and humid.

Image 6: Service was efficient to the point of being military. It’s not often I’ve been served an amuse bouche (polenta and sweetcorn) before I’ve even been asked if I’d like still or sparkling water! It almost seemed as if they were on a mission to get us served and away!

Image 7: The polenta was served with sea bream and a tarragon spring roll, with chive sauce on the side. Excellently done - delicately crisp without being greasy!

Image 8: Another small treat, while we peruse the seafood-based menu. It consisted of sea bream covered with shaved nuts – perhaps a bit too sweet – plus a lettuce wrap, with an inner of black garlic, topped with a piece of crispy fish skin. Tasty, with a fun mix of textures.

Image 9: To finish our amuse bouche we were served with white bean and potato in a broth of bacon and bonito – powerful flavour! As to the menu choice, the 4-course lunch menu was a real bargain, as it was less than half the price of the dinner tasting menu – and you got the same courses, except one fewer. That’s what I call a no-brainer!

Image 10: Disappointing service - we were served with two types of olive oil, but there was no explanation as to what they were! Finally, we had to ask another member of staff, who told us that one was from Nice and the other from Tuscany. It sounded like we were faced with an interesting comparison but turned out not to be. The oil from Nice had almost no flavour at all, while the one from Tuscany had a much more intense flavour. Even its aroma was more enticing. So it was no contest, really – Tuscany was an easy winner.

Image 11: We’d ordered an extra course, called “Iodized”  to share before the set lunch. We asked to see the live local sea urchin, too.

Image 12: It’s a combination of sea urchin and grapefruit which creates a metallic iodine flavour. I’d had it at Ledoyen, and enjoyed it.

Image 13: However, the success wasn’t replicated here – the grapefruit jelly was too mild to create that “yin yang” reaction on the tongue. Shame!  Hard not to admire their careful handwork on the plate though.

Image 14: Now the first course from the set menu: sea bream tartare and bottarga (cured mullet roe), decorated with caviar.  They probably had lots of sea bream in stock that day!

Image 15: On the side was a cauliflower and fish stock veloute. Not a bad course - great freshness. Some of it was very salty, though!

Image 16: Sadly, the second course was – there’s no other way of putting it - a failure. The red tuna on leek jelly looked terrific, but the overpoweringly acid bergamo sauce drizzled on top completely killed the dish. When the main ingredient of a dish is better by itself, there’s surely something that’s not right with the cooking!

Image 17: On the side was tuna with sumac, which was superb, along with a translucent and crispy crunch made from beetroot.

Image 18: This must be one of the simplest main courses you can serve in a world-class restaurant: turbot with butternut and sage broth, served in a handcrafted “fishbone themed” dish. As it happened, I’d had turbot just yesterday, in one of those touristy restaurants in town, and that cheap version was every bit as good as this. It was disappointing. After all, as a Michelin 3-star, this place must have highly talented cooks, and all they’re doing is putting a piece of fish into the oven? Sad!

Image 19: Dessert was, basically, lemon - lemon biscuit, candied lemon peel, lemon cream and a piece of salted lemon, all encased in a sugar tube, and…

Image 20: …served with a marmalade made with various types of seaweed. Very creative! And an excellent touch given that this was a set lunch deal.

Image 21: There was also a classic tiered tray of petits fours to go with our tea: milk chocolate truffle, quince tart, dark chocolate with tonka, and - last but not least – a small and delicate crisp (rear of picture) made with lobster and cacao! A very unexpected - and innovative - finish!

Image 22: Overall, a disappointing meal for a 3-star! The service was rushed – we had been there just 2 hours when we left. Then the poor extra sea urchin course, the overly acidic tuna, the uninspired turbot… But hey! Before we get too critical, let’s remember that this lunch was a real bargain, and came with a variety of amuse bouche. So, if you find yourself in the area, it’s worth a try, just don't expect Wow! And as we left, Chef Gérald was there to wish a personal farewell to every guest. A pleasant and welcome personal touch!