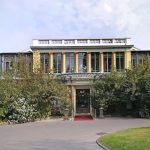 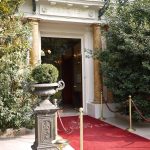 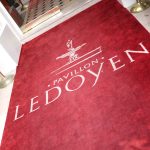 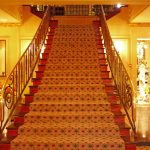 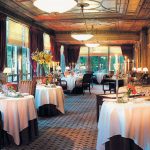 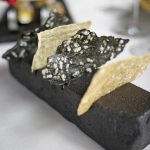 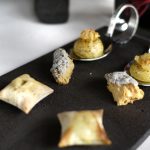 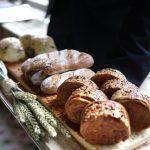 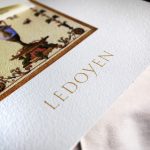 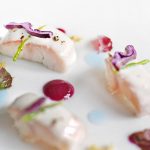 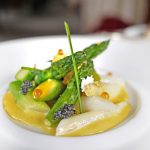 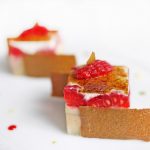 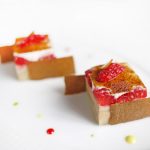 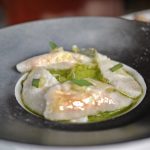 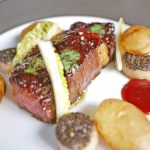 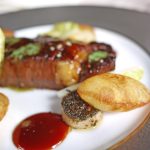 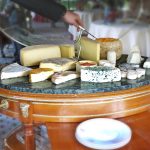 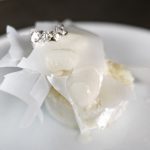 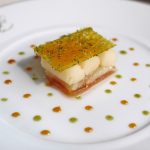 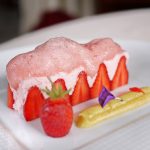 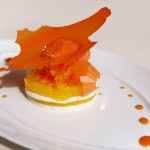 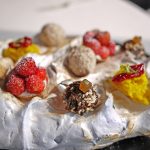 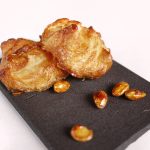 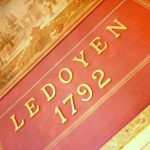 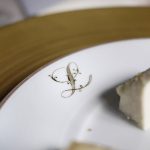 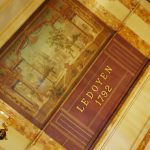 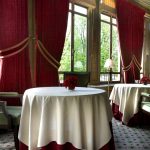 Image 1: Christian Le Squer has left the restaurant in 2014 and currently at Le Cinq. Yannick Alléno, formerly at Le Meurice, took over the kitchen and renamed the restauarant to Alleno Paris. This album is now for historical purpose only.
Located in the heart of Paris, just minutes away from Arc de Triomphe, this pavilion which survived the French Revolution, was reportedly where Napoléon and Joséphine first met.

Image 2: It was in 1791 that Pierre-Michel Doyen converted this place to a formal restaurant which eventually transformed to today's Ledoyen. We did not consider Ledoyen for lunch until we came across its affordable weekday lunch menu just two weeks prior. We all immediately agreed that this would be an ideal place to spend our Friday afternoon.

Image 3: It was back in 1999 when Chef Christian Le Squer took over this kitchen of this historical restaurant. Not only did he retain its 2-star status, he obtained the ultimate third star for the restaurant in 2002.

Image 4:
Passing through a small reception area, the welcoming staff led us to the dining room upstairs.

Image 5: The classic dining area was decorated by elegant wooden ceilings, red curtains, and huge windows along the three sides of the room, providing every table a nice view of the garden. It's always special to dine in a place with such a historical significance, but what made the meal more special was the fact that it completed all my Paris 3-star visit!

Image 6: Once we got settled, they straight away brought us some crackers to accompany our Duval-Leroy "femme de champagne" 2000…

Image 7: … and pampered us with a tray of amuse bouche that began with a transparent "ginger balloon" as a palate cleanser followed by a tiny parcel that burst open with an aromatic truffle velouté. We then had a warm savoury pastry with an intense mushroom flavour, and finally an explosion of onion and leek served on the spoon. For some reason I thought Ledoyen was an old school cuisine so this array of innovative treats was definitely a surprise.

Image 8:
There were three choices of bread - traditional baguette, olive, and cereal.

Image 9: Though we got tempted by the full tasting menu, we were very disciplined and ordered what we came here for -- the 3-course lunch menu which had two choices for each course.

Image 10: One more surprise from the chef, a smoked eel with distinct coloured drops of red and blue cabbage. The eel had a nice smokiness, the red drops had a good intensity, and despite the blue drops didn't add much on the palate, it was a lovely finishing touch for the plate which I did appreciate.

Image 11: A beautifully presented first course of green and white asparagus served on egg yolk vinaigrette. The white asparagus were juicy and crunchy but the green asparagus was a bit too soft to my liking. The touch of salmon roe and caviar provided an elegant natural seasoning to this excellent vegetable course.

Image 12: This dessert looking plate was the other choice for starter, a brave combination of poached foie cooked in red wine with raspberry and lemon meringue which sounded like a course that had a heavy dosed of acidity! Contrary to my expectation, the lemon meringue actual was sweet without being sharp at all.

Image 13: A fruit with concentrated flavour like raspberry was a superb choice to complement the rich creamy foie along with the sweet meringue and the refreshing lemon. Moreover, the thin crisp added a delicate texture resulting in an almost flawless foie gras dish except for the slight textural imperfection from the tiny raspberry seeds which were a bit annoying!

Image 14: The fish course of the day was John Dory resting in a lemon and tarragon cream with burst of acid from the grapefruit pulps. A rather ordinary course especially compared to the other choice of the main.

Image 15: The meat choice was by far the highlight of the meal. I later realized this stunning piece of sirloin was a cut from Hereford, a breed that's often being compared with Wagyu. No wonder it was juicy and remarkably soft with a strong flavour! The ingredient was exceptional and the cooking took it to another level with the seductive charcoalness from the caramelised top and a light dust of pepper. Rarely you could find such a good sirloin dish outside Japan!

Image 16: The beef was accompanied by little stacks of olive crusted bone marrow and some cute "blown" potato crisps which were both delightful but I felt the homemade ketchup was not necessary.

Image 17: Since we had no plan for the afternoon and it was only a 3-course lunch, we had both time and appetite to fully enjoy their large selection of cheese!

Image 18: A non-cheese option was a creative egg white mousse and coconut! An innovative combination of ingredients and an exquisite presentation using thin white sugar and silver leaf.

Image 19: A small pre-dessert constructed by layers of grapefruit - peel and pulps as the base, a crunchy grapefruit caramel with basil on top, and sandwiched in between were three small granite cylinders with colourful fruit drops decorating the plate! I was initially worried with how the grapefruit's bitterness would overpower the dish but this was rather unnecessary, as it was a perfect prelude to dessert. As it turns out, this was one of Christian's signature dish!

Image 20: Both choices of dessert were fabulous. The Contemporary Strawberry was a gâteaux made with fresh strawberries, cream of strawberry, and strawberry foam. We enjoyed this dessert as it was light and it utilised little sugar as the strawberries were sweet enough by themselves!

Image 21: The other choice was Carrot and Orange composed of a layer of orange, a layer of shaved carrot, topped by a sponge carrot cake garnished with pieces of thin carrot sugar. The shaved carrot was a risky ingredient as the carrot's raw-bitter flavour could have easily ruined the dessert. My concern was once again proven to be unnecessary as the fresh orange and the finely shaved carrot somehow married brilliantly, both in texture and in flavour. Well done!

Image 22: Haha, great idea of serving petits-fours on a big meringue: orange crunchy brioche, wild strawberry tart, cluster of black sesame with ginger, and just like how sensational the meal started with the "ginger balloon", it finished with a burst of basil and almond crème brulée from the small chocolate spheres!

Image 23: And there was more, an extra warm and buttery pastry from the chef, fresh from the oven! Nothing can beat a proper French pastry if it is done right like this one - slight caramelized flaky surface with a puffy centre. What a warm and wonderful finish to our meal!

Image 24: It was probaby due to its simplistic website that this high quality delectable cuisine slipped out of my priority list. Our 3-course set lunch turned out to be more like a mini tasting menu. I was very satisfied to complete my Paris 3-star in such a high tone. The classic dining room, the attentive service, and with Chef Christian Le Squer's visit to each table, I guess all I want now is a revisit for the full tasting menu!