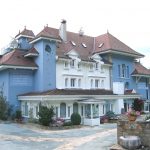 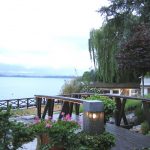 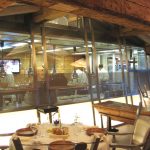 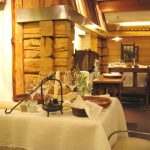 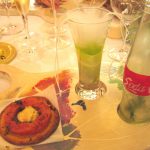 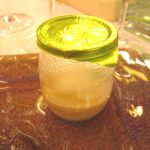 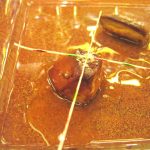 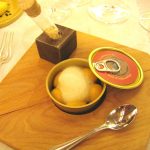 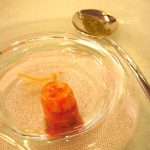 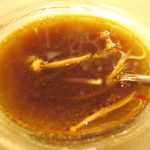 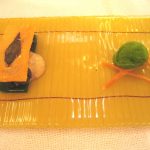 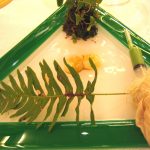 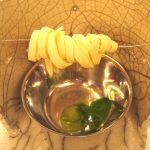 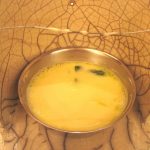 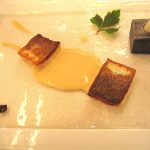 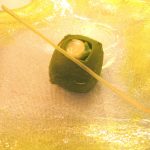 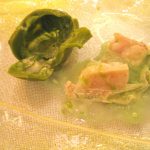 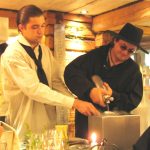 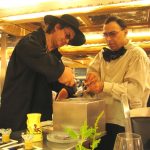 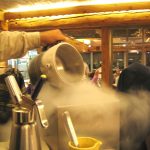 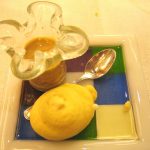 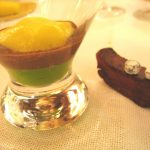 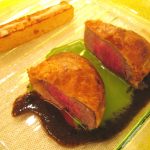 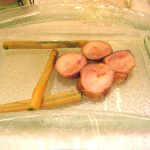 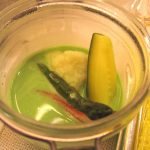 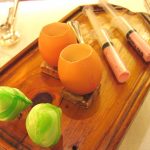 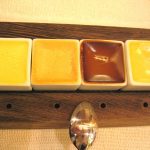 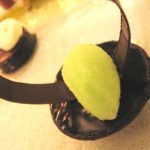 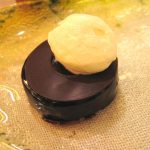 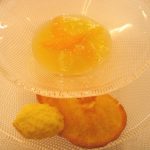 Image 1: www.marcveyrat.fr Chef: Marc Veyrat One of the most famous chefs in France specialising in molecular gastronomy. He had two restaurants, both with a perfect scores from Michelin and Gault Millau (the only chef ever). Unfortunately, after a ski accident, he closed one of them in 2006 and closed this one as well in 2009. This album is now for historical purpose only.

Image 2:
The restaurant has a lovely garden facing the lake.

Image 4: The restaurant is a wooden house by the lake, not fancy at all.

This place was weird... The price was ridiculous; the food was strange; our server was extremely arrogant; and the chef was crazy!

Image 5: Pizza with tomato, cheese, and black truffle. Our "sailor uniform dressed" server poured some soda from a home-made bottle resembled Coca Cola bottle. The soda reacted with the herb bag with peppermint and it kept bubbling like boiling water for another 5 minutes!

During a conversation with our waiter, we mentioned we have been to Gagnaire , Fat Duck, etc.

That server was so arrogant saying, "We don't know who those chefs are; but they all know who we are!"

Image 8: Reconstituted corn with black truffle foam labelled as "pop corn" since the fragile wrapping exploded in our mouth. It definitely reminded us of El Bulli. Marc Veyrat finally arrived at the dining room and started chatting with diners. He stood out from the crowd as he was dressed in his famous black outfit with a big black hat and sunglasses (at night)!

Image 10:
Our server then poured in an intense broth to melt the jelly and this turned into a soup course.

Marc Veyrat came over, still wearing his hat and sunglasses in this dim dining room, pointed at the dish and said: "This is a genius creation!"

Image 12: Quail egg with a self-squeezed sauce on the side. The green sauce was made from the two plants shown on the plate.

Image 13: Watercress sorbet with noodle wrapped around a wire, made with no flour and no egg, just herb and cheese.

Image 14: Our server then poured a hot chicken consommé, which melted the noodle into to the bowl below. For a split second, I was questioning myself, "Why are we eating this kind of disgusting crap?"

Image 15: Fish from the lake, with a sauce made from an interesting herb which resembled an intense mushroom flavour even though no mushroom was used!

Marc Veyrat came over again, still with his sunglasses and hat, said: "I am a real genius."

Poached in a green shell was a piece of meaty sea bass with a white chocolate sauce without sugar.

Image 17: Marc Veyrat arrived again to disturb us, still with his hat and sunglasses. It was not difficult to guess what he was going to say, "This is another genius creation!"

Image 18: How can a molecular gastronomer be satisfied without showing their secret weapon - Liquid Nitrogen! Veyrat, carrying a metal bottle of passion fruit mixture and started making this airy puff using Liquid Nitrogen at -196ºC.

Image 19: Our arrogant server (shown in photo) said Paul Bocuse was here in their restaurant copying their recipes. Ya, right! We were dining in Paul Bocuse the day after. Bocuse serves very traditional French cuisine. There is no way he would travel all the way (he's in his 80s now) to copy Veyrat's molecular concept!

Image 20: We visited Troisgros two days later and our server told us that no one in the industry could get along with Veyrat.

The Liquid Nitrogen passion fruit mousse was paired with a bean broth.

Image 22: Layers made with asparagus, chocolate, and bitter orange with some sweets on the side. Terrible course! We wondered if Veyrat ever tried his own genius creations before serving to his customers?!

Image 23: We had a few choices for main course.

This was a Beef Wellington with lettuce and truffle sauce.

Another choice of main course - Rabbit without any sauce?!

Image 25: ...accompanied by a bowl of vegetable in a bright green broth.

Veyrat came over again and told us that he started this new concept of cooking, but people in Spain (i.e. El Bulli) and England (i.e. Fat Duck) copied off him!

Image 28: Dessert
Some kind of herby sorbet on a chocolate cake.

Image 29: Dessert
This chocolate cake had a strong raspberry flavour.

Image 30: Petits-Fours
Fresh fruits with madeleine on the side.
On our way out, Veyrat (still with his hat and sunglasses), gave us a copy of a newspaper article, naming his restaurant as the best in the WORLD!