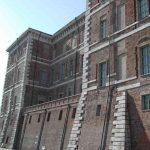 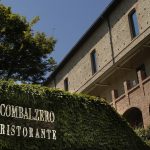 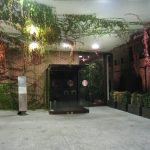 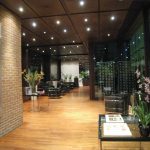 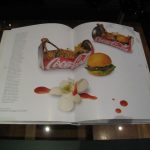 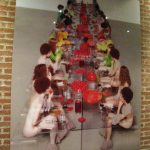 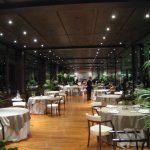 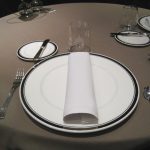 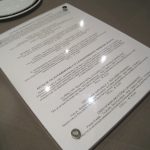 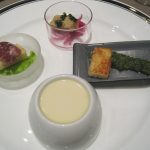 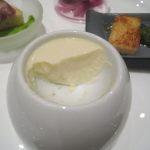 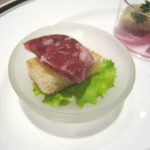 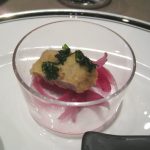 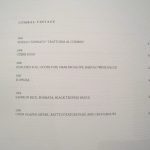 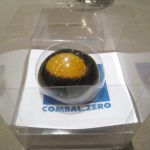 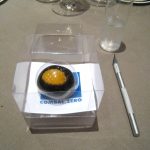 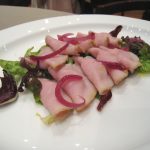 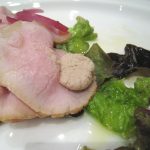 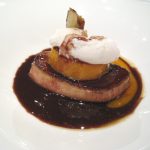 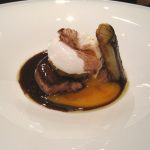 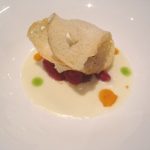 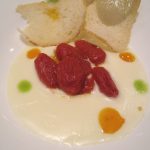 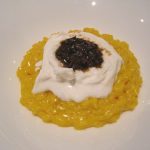 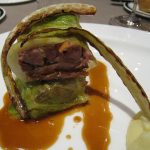 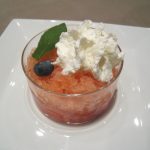 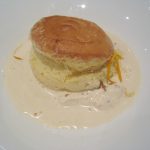 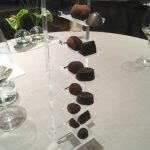 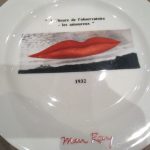 Image 2: www.combal.org Chef: Davide Scabin
Tasting (10-course): €180
À la carte: About €35 for starter and €50 for main
Closed on Sunday and Monday, weeks in August and Christmas.

Image 3: We drove all around the castle in order to find the entrance! The manager told us he was an hour late when he first came here for the interview because he just couldn't find the restaurant!

Image 4: Reception area with many cookbooks and modern art work.

Image 5: Flipping through pages from Chef Scabin's cookbook, we were expecting the most creative meal ever!

Image 6: A photo for the Contemporary Art Museum with naked women. All food on the table was prepared by Chef Scabin.

Image 7: The restaurant is along the side of the castle, hence a long and narrow dining room.

Image 10: Right away, we were served with an attractive dish of amuse bouche.

Image 11: An aromatic thyme pudding. A nice fragrant way to begin our meal!

Image 12: A tasty salami on toast.

Image 13: A breaded veal but it had way too much red onion!

Image 14: Each course on the menu sounded so unique like "Horizontal Potato" or "World Tour in 5 Soups". We really had difficulty in deciding what to order. We took our server and the manager's advice of opting out from the usual tasting menu and choosing dishes from the Combal.Vintage menu! Again, sounds extraordinary isn't it?

Image 15: 1998 Cyber Eggs
Our server described this as one of the most sensational creation by the chef. Yes, it sounded sensational, it looked sensational, but it was just a quail egg yolk and caviar wrapped in a cling film!

Image 16: So what you do is you poke with a hobby knife and suck the plastic to get a luxurious mouthful of the eggs!

Image 18: tuna and mayo inside. To me, it was just tuna and ham sandwich without the bread! I had no idea why the chef had this course on the menu for 14 years!

Image 19: 2000 Poached Egg, Goose foie gras escalope, Barolo wine sauce
The egg was perfectly poached, the red wine sauce was packed with flavours, but the foie gras was dominated by chewy veins!! We really tried but we both had to spit out the veins at the end!

Image 20: I quickly grabbed the manager over and showed him all the veins. He apologized saying that the foie was imperfect and hence removed it from our bill. Well, "imperfect"? It wasn't even edible!

Image 21: 2002 Zuppizza
They told us this was a soup version of pizza using the same proportion of ingredients as a pizza! Sounded intriguing!

Image 22: So we both closed our eyes and tried hard to resemble this soup to the taste of pizza. No way! It just didn't taste like any pizza I've had! I don't know what type of pizza the chef has been eating!

Image 23: 2004 Saffron Rice, Burrata, Black Truffle Sauce
This was the best course of the meal. Just like how the manager described it, a simple delicious risotto course.

Image 25: While we were going through the dessert menu, they served us a strawberry magarita granita. Again, the item in the menu sounded inventive with dish like "Cubed cube root of chocolate" - which is of course just chocolate!

Image 26: At that point, we really lost interest in tasting more food here after such a disappointing meal. We just got a Macaroni soufflé to share. A warm airy cheesy dessert soaked in a caramelized pecan ice cream soup to conclude this meal.

Image 28: Finally, they placed a contemporary plate for our petits fours.
Many labelled Chef Scabin's food as a distinct "hypercreative" conceptual cuisine, but our experience suggested a cuisine that lacks excitement. Maybe the regular tasting menu is a better way to go?!