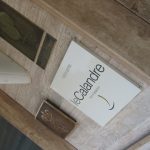 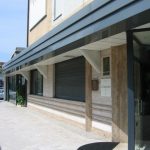 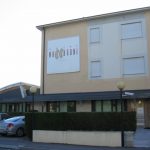 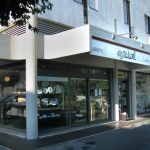 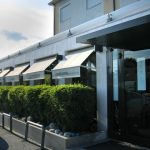 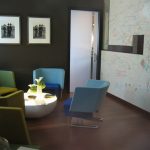 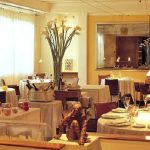 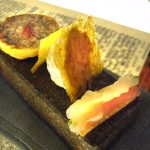 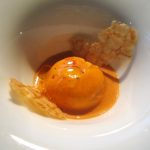 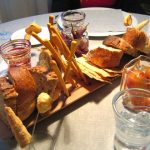 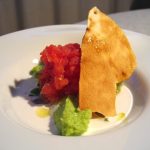 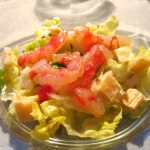 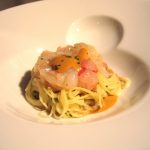 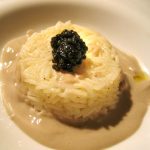 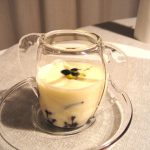 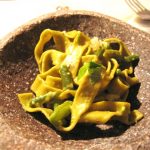 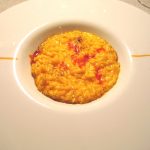 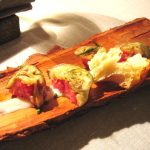 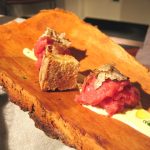 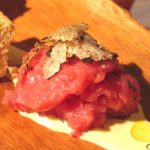 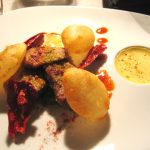 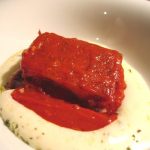 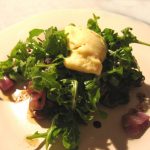 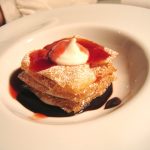 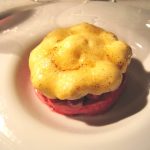 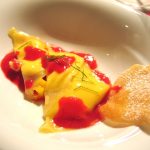 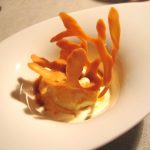 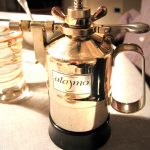 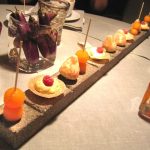 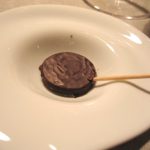 This restaurant is just 1.5-hour drive from Venice.

Upstairs from the restaurant is their Hotel Maccaroni.

Across the street is their gourmet store In.gredienti.

Here is the lounge area before our world class treat.

Image 10: A wide selection of bread.

It was great that they allowed us to order different tasting menus, so we tried both the Grand Classics and In.gredienti.

Image 12: In.gredienti
A seafood salad composed of sweet prawn, shrimp, calamari with raspberry and lychee dressing. Definitely better than the plain salad of the Classics menu.

Image 14: In.gredienti
A disappointing course of caviar on basmati rice with mackerel sauce. Despite the luxurious ingredient, it was pretty dull.
Franciacorta Brut "Cabochon" 2003 Monterossa

Image 15: Grand Classics
This is their signature "Cuttlefish black cappuccino" - potato cream with diced cuttlefish and ink at the bottom. The best dish so far!

Image 16: In.gredienti
Tagliatelle with pistachio and rose. It was rather a tasteless dish. The Classics menu was obviously a better choice than this In.gredienti menu.
Bianca di Valguarnera 2004 Duca di Salaparuta

Image 20: The brilliance of good quality truffle is that not only does it have a nice aroma before putting into your mouth, but also the fragrance goes back to your nose after putting in your mouth! Another highlight from this Grand Classics menu!

Image 21: In.gredienti
Beef loin served with potato puff and chili pepper with egg sauce on the side. A nice course, but the venison from the Grand Classic menu has stolen all the spotlights from this menu.

Image 23: In.gredienti Just when we thought the Grand Classic menu was the obvious winner of our evening, this kidney dish turned out to be the most memorable dish of the night. Hidden underneath arugula leaves were veal kidney and red onion with mustard ice cream. We never thought the texture of kidney could be that amazing... it was in between gummy and crunchy! The chilled mustard cream was also sensational!
Il Carbonaione 2002 Poggio Scalette

Image 28: As a unique after-dessert refreshment, our server arrived and asked each of us to open up our mouth. He then sprayed grappa onto our tongue!

Image 30: And finally a chocolate lollipop to finish another Michelin 3-star meal in Italy! Overall, the meal had a few exceptional dishes but a few very disappointing dishes too. I expected more at this level of restaurants!