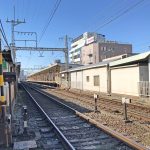 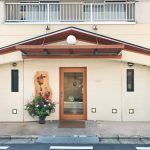 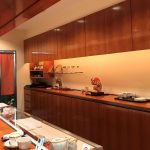 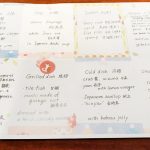 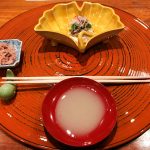 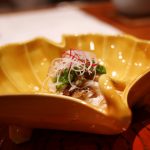 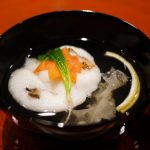 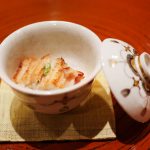 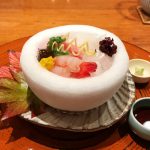 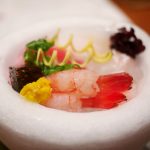 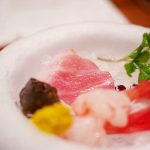 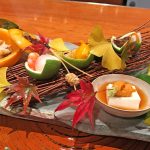 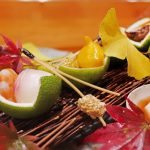 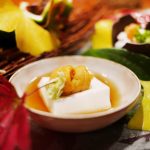 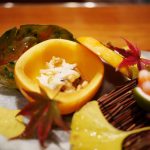 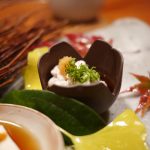 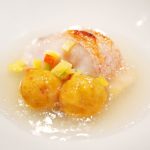 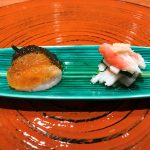 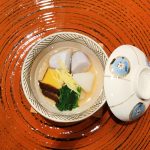 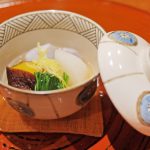 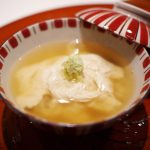 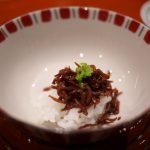 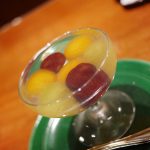 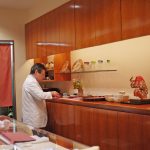 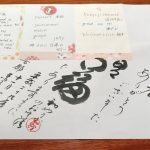 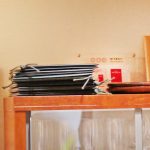 WHAT IS THIS ABOUT? Michelin 3-star Japanese cuisine 1 hour away from Kyoto.

It certainly surprised me on the occasion of a recent trip to Japan. I simply wasn’t expecting to come across a Michelin-rated restaurant in Nara, a historical smallish city (it was Japan’s capital in the 8th century) with a population of less than 400,000. So, as I say, I was surprised that Michelin had expanded into the area. And even more surprisingly – the restaurant I found wasn’t just Michelin rated, but it has three stars! Plus, as the lunch menu started at ¥6,000, and the full tasting menu was only ¥10,000 (about £70), it was not only great value for any high-quality Japanese cuisine, it must have been one of the cheapest 3-stars on earth! How could I not try it?

It was easy enough to find, only a 5-minute walk from the station. At the price advertised, I hadn’t expected a large or luxurious setting, which was lucky – because it was neither. In fact, it had a very simple, but clean, décor, and could take no more than eight guests at the counter with a maximum group size of six in a room. The reservation can only be made by phone and all recorded by pencil on a little dairy booklet in the chef’s pocket! The restaurant has no website. None of the staff spoke English but they have a rough-and-ready handwritten English translation of the menu of the day.

HOW IS THE FOOD? Elegant flavours, high-quality ingredients, talented chef.

Although it was only 12.30, I was already the last diner to arrive, so the meal began immediately. I guess they eat early in rural areas. And, by 2 p.m., it was all over – I was paying the bill. But, despite the speed at which the meal was served, at no point did I feel uncomfortable or rushed even though I had a full kaiseki menu. This consisted of: shokuzenshu (aperitif), kotsuke (small dish), osuimono (steamed), oshinogi (pre-starter), hassun (starter), nimono (simmer), agemono (deep fried), gohan (rice dish) and mizunomono (fruit dish).

The first of these (fresh crab meat) was simply amazing, consisting of okra dressed in a delicate vinaigrette. And the texture of the steamed abalone dumpling served in a light dashi, was very enjoyable, too. Then came the hassun – often the most elaborate and eye-catching course of any kaiseki – which totally lived up to expectations. It was a course made from many delicious ingredients, most of which came from the sea. In fact, the creamy fresh sea urchin and the sticky sesame tofu custard was the best item of the meal, while the melt-in-the-mouth ankimo (monkfish liver), garnished with vinegar and miso dressing, was another delightful morsel which would have most people calling for more. And there was innovation, too, particularly in the form of cubes of crab meat mixed in egg yolk, and the cleverly conceived gingo nut skewered on an edible stick. If I had to picky, I’d say that the flavour of some of the fish was weak, but there was no course that I wouldn’t want to finish. That has to be a very good sign!

The meal continued with a steamed course of gluten cake, accompanied by turnip, taro, pumpkin and spinach. The rice course of a kaiseki meal has never been my favourite, as it’s usually a bit boring – and this was no exception. It was served with yuba, which was very bland, and the second serving came with some kind of small, marinated fish, which wasn’t a whole lot more interesting. Last up was a fruit jelly, served in a martini glass containing grape, persimmon and melon. Refreshing but the grape was very sour.

HOW WAS IT OVERALL? A great meal with lots of wonderful Japanese flavours and at an affordable price.

There a lot of good things you can say about the food here. Every dish, for example, was elaborately presented and consisted of many high-quality ingredients. More importantly, most dishes were quite simply delicious! Good Japanese cooking combines many delicate flavours, and the skill is to maximise the impact of these flavours without losing the beautiful freshness of the ingredients. Chef Nobuharu Yamamura did an excellent job in this respect. It was a pity that I didn’t get to speak to him due to the language barrier even though my seat was just across the counter from where he was working. However, just as I was leaving, he approached me and signed my menu with his traditional brush ink pen, then put it in a folder for me as a souvenir. He even accompanied me to the door which was a thoughtful touch.

Interestingly, as I left, I noticed I spotted a shelf tucked away in a corner, bearing a pile of menu and trays. Almost hidden behind this was the Michelin 3-star plaque! How different from Europe where the chef would have it framed and mounted in some high-visibility spot near the entrance. The truth is that Michelin isn’t actually held in particularly high regard in Japan – at least, not outside of Tokyo.

So, if you’re looking for a full kaiseki experience in a traditional and spacious setting, surrounded by huge gardens, this place won’t meet your expectation. However, if you simply want a meal that offers lots of wonderful Japanese flavours and excellent quality without breaking the bank, you’ll love this place!