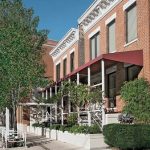 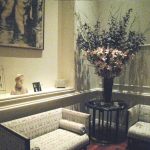 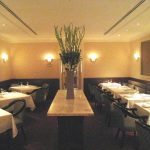 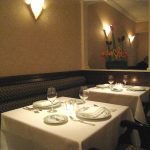 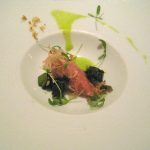 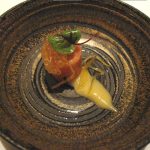 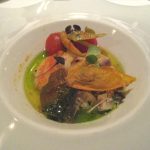 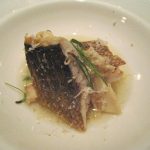 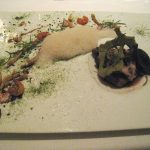 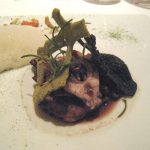 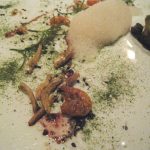 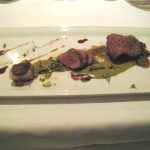 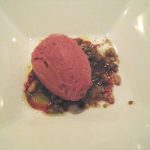 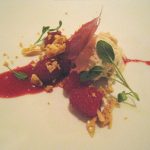 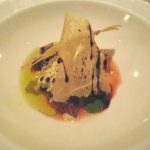 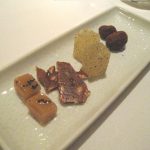 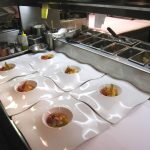 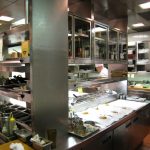 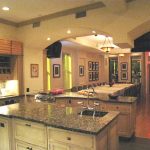 Image 1: Closed at the end of 2014. This review is for historical purpose only.
Charlie Trotter's restaurant opened in 1987 and closed after 15 years of running. Throughout its time, it earned many awards and accolades which it became an institute of fine dining. Charlie Trotter died of a stroke in November 2013.

Image 2: Lounge area at the entrance.

Image 3: Dining area on ground floor. Chef Trotter is very diner-considerate -- not only does he offer a Vegetarian tasting menu, he also provides a non-alcoholic beverage pairing for those who opt out from the wine pairing.

Image 4: Unfortunately, the inexperienced young service team was a major let down.

Image 5: The first course of the Grand Menu, paired with Sparkling Pear beverage, was tuna with scallion and wasabi. I guess our server couldn't remember the word "wasabi" so she paused for a while and finally said "tuna with some sauce"!!! Ridiculous, but the scallion-wasabi combination was superb.

Image 6: King salmon with a tasty fruity orange sauce topped with salmon roe. I enjoyed the sweet-fruity touch to the salmon along with the sparkled saltiness from the roe.

Image 8: European Loup de Mer with preserved fennel, kinome, matsutake mushroom, and brilliantly accompanied with a glass of Roasted Garlic & Cumin beverage. We were surprised to see all the courses so far had such a strong Japanese influenence. We also realised all the servers were very young and had a very tough time in memorising the ingredients of each dish!

Image 9: More Japanese touch - octopus yakitori with rishiri kombu, i.e. grilled octopus with seaweed. It became very obvious that servers made up ingredients whenever they forgot. What's even worse was that from this point on, they completely messed up our beverage pairing. I believe this dish should have been paired with a Smoked Seaweed & chervil beverage.

Image 10: The over-charcoal octopus was way too bitter to eat! We left most untouched.

Image 11: Dried baby shrimp & sesame. Crunchy with deep flavour! Some courses were actually not bad at all.

Image 12: Elysian field lamb with preserved lemon, black mission figs & charred cinnamon. Belly on the left, tenderloin in the centre and loin on the right. This course should have been paired with Black Tea & Fenugreek beverage.

Image 13: Concorde grape sorbet with black walnut, raisin and allspice. It should have been paired with Niagara grape juice.

Image 14: Raspberries with honey and sage ice cream. The ice cream was way too sweet.

Image 17: The manager later did a tour of the kitchen for us.

Image 19: This is the area used for Trotter's cooking show.
It was sad to see a such good menu totally destroyed by the inexperienced service team.