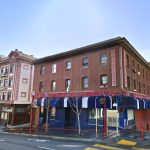 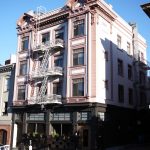 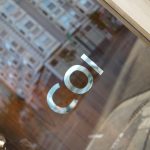 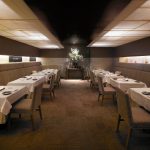 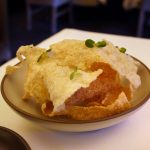 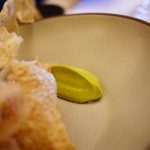 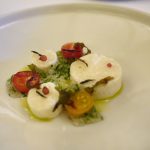 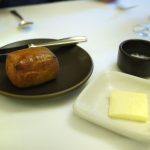 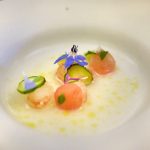 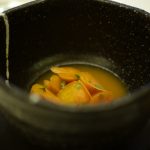 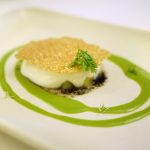 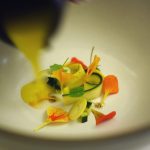 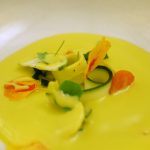 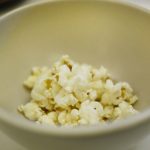 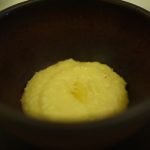 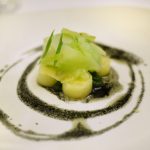 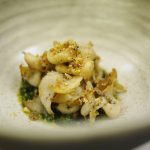 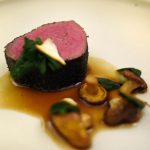 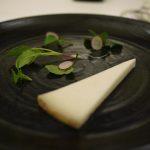 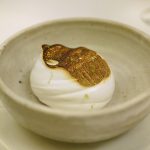 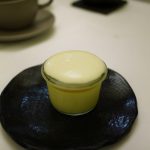 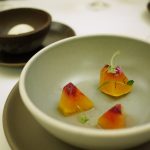 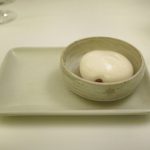 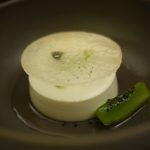 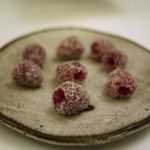 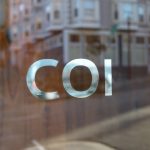 Image 1: Chef Daniel has handed over the kitchen to Matt Kirkley (ex-L2O) in 2016. This review is for historical purpose only.
This must be the most bizarre location for a Michelin starred restaurant that I've visited as it is surrounded by strip clubs! The drive to Coi wasn't smooth with rush hour traffic and to make things worse, a few streets got blocked off due to an earlier fire incident.

Image 2: I was going in circles without getting anywhere close to Coi's valet parking and ended up parking my car quite far down the road but most importantly, I made it on time without any detour into one of those clubs despite a few dancers trying to seduce me along the way! The restaurant is on the ground floor of this residential building just off Chinatown.

Image 3: Chef Daniel is not only a chef, but also a food writer contributing to the NYTimes and Food&Wine as a leading proponent of California cuisine. And luckily, he was in the kitchen that night.

Image 4: The background pop music was annoying, loud enough that I missed food description for a few courses! The menu was very vegetable focused, actually not a huge difference between the vegetarian tasting and the regular tasting.

Image 5: We were welcomed with a refreshing sparkling Elderberry Royale and a Caulifornia bowl of brown rice crackers.

Image 7: Straight away, the meal started with the first course of earth/sea without any amuse bouche. Tofu would be bland by itself but was beautiful when combined with seaweed jelly, tomato, and seawater foam providing a clean taste on the palate. The tofu wasn't the silky type but rather rough, still a very good opening dish!

Image 9: Daniel came out and served this live spot prawn from the coast of Santa Barbara which were alive until 3 mins ago. No wonder it had such a brilliant texture! The mixture of cucumber, watermelon, lemon, and lemongrass verbena broth did an excellent job of highlighting the pure flavour of this prawn. Well done!

Image 10: More chefs nowadays want to showcase vegetables from their garden and Daniel is no exception. Just a bowl of braised carrot, but I enjoyed the innovative combination with mint, coffee, and mandarin. A very tasty bowl of carrot!

Image 11: Inverted fromage blanc tart made with sheep's milk cheese. It had liquorice and fennel underneath, surrounded by a very unique wheatgrass sauce - kind of raw and grassy. A dish of original flavours with a distinct aftertaste, paired with a whole milk bread on the side.

Image 12:
This initially seemed a bland vegetable course but it was cleverly smothered with…

Image 13: … chilled yellow squash velouté which had a nice balance of sweetness, slight acidity, and a touch of Vadouvan spice. This creamy soup really brought together all the elements of otherwise a boring vegetable course. A wonderful dish!

Image 14: Daniel then came out to explain that corn has been the most important ingredient in American history and how he discovered that grits could be made from popcorn.

Image 15: So this is a modern representation of classic grits made from popcorn. Though it was more labour intensive to make, it provided better consistency. The texture was perfect, not gluey nor runny.

Image 16: So this is a modern representation of classic grits made from popcorn. Though it was more labour intensive to make, it provided better consistency. The texture was perfect, not gluey nor runny.

Image 17: The best item, but sadly not the course itself, was this abalone grilled on the plancha. It was finely sliced and precisely grilled with the exotic hint of garlicky and smoky flavours, along with awesome soft crunchy texture and tiny crispy fennel pollen seeds on top. Amazing food! But the green salsa at the bottom was concentrated with doses of vinegar. Glad it was at the bottom so I could enjoy most of the abalone without the sauce.

Image 18: Beef encrusted with lichen and seasoning before vacuum packed for 10 mins to infuse the flavours, then constantly rotated inside the oven to ensure it was evenly cooked all the way. It was lean and tender; marvellous piece of meat! The Bordelaise sauce had a great depth of flavours accompanied by chanterelle and spinach. Very high quality meat dish!

Image 19:
Our cheese course was Tomme Dolce with radish from Daniel's garden.

Image 20: For pre-dessert, Daniel came out again and explained his childhood favourite - burnt marshmallow which inspired him to create this frozen lime marshmallow! Concentrated lime marshmallow bottom was completely blanketed by meringue which had a coal-toasted top. The meringue top had an intense sweetness and charcoalness while the bottom was extremely acidic. The intent was to mix it all up to make it more palatable.

Image 21:
An extra pre-dessert of lemon custard with caramel bottom.

Image 22: A very simple looking dessert because it was really simple - just peach and cream with a touch of hyssop. The chilled cream didn't do much but the peach was lovely.

Image 23: On the left was a drop of perfume and we were instructed to put it on our pulse and compare the frangrance with the mixture of grapefruit, ginger, black pepper, cognac, and tarragon on the right! Reminded us of Can Roca of course, but what was more interesting was that they originally had this same combination as a savoury starter before converting it to a dessert.

Image 24: Great idea to end the meal like how it had started, using tofu! A perfectly silken soya white chocolate custard with a nice hint of coffee carried though. It would have been a fabulous dessert had it not been for the unpleasant contrast with the kiwi!

Image 25: Last but not least was one of the best items of the meal. These were not ordinary raspberries; they were candied raspberries - sweet raspberries from Daniel's garden, lightly dipped in a mixture of chardonnay and egg white, then coated in sugar when half dried. It was quite addictive that we asked for one more plate!

Image 26: Every course was enjoyable, and there were a few outstanding items too but oddly combined with other components. The service was friendly and I appreciated Daniel's effort to interact with every table. And just like how I had reached here, it was a long walk, passing by strip clubs, to get back to my car!