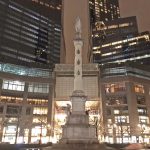 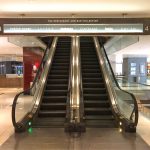 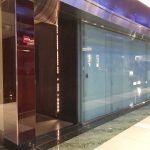 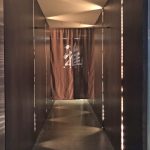 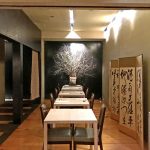 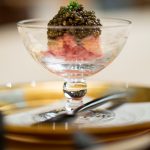 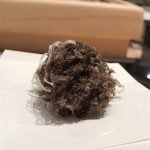 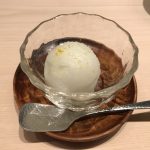 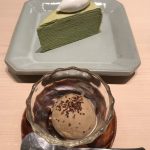 This is a 3-star Michelin restaurant that I refused to go to for many years even though I’ve visited NYC many times and have been to all the other 3-star places at least once.  Masa, located at One Columbus Circle where you can find some of the most expensive shops in the world, is located next to Per Se, another Michelin 3-star in the city (sister restaurant of the legendary The French Laundry).

Why was I so reluctant to visit Masa?

Sure, it is an exclusive sushi counter place where the sushi chef (Masayoshi Takayama) will handcraft you each piece of sushi one by one, but why would I pay an extortionate price in NY to have some fish imported from Japan when I already frequently visit top sushi places in Japan myself.  Also, the reputation Masa has primarily makes it a hangout for Wall Street bankers, not necessarily a place for foodies.  Not only is the sushi not spectacular enough to be worth breaking the bank, it has a NO PHOTO POLICY. There’s not much you can get away with here because not only do they mention this policy in the reservation confirmation and in a reminder when you arrive, they also have excessive staff monitoring the dining area.  There’s constantly a guy behind overlooking us, and one from each side, just for the counter seats of 8 diners that night. And you don’t want to upset the chef since he’s the one making you the food.  It’s a Japanese restaurant, so the classic hospitality rule that the customer is always right goes out the window. In Masa, the chef is the boss. He sets the rules, and you follow them. Lots of my good foodie friends came here and ignored the no-photo policy only to end up being embarrassed by the staff- spoiling a very expensive dining experience.  The food options follow this too, as the menu is “omakase”. Essentially, you are made subject to the chef’s whims and ingredients which are available the day you are dining.  As much as I wanted to check Masa off my 3-star list, I had managed to stay away until this experience.

So why would I decide to go?

I didn’t. Going to Masa had not been my original plan. In fact, I was supposed to be dining at the Chef’s Table at Brooklyn Fare, a revisit to one of the most frustrating but best food experiences I have had in the US.  The reservation was booked and pre-paid two months ahead before I booked my flight.  But disaster struck when I landed that morning and received an email from them saying they had to close the restaurant that night due to technical difficulties.  After rounds of debate over the phone, there was no compensation but a refund of my deposit.  Since I was determined to have a Michelin 3-star dinner that night, I called up all the 3-star restaurants one by one to see if I could strike any luck in getting a last minute booking for myself.  Masa was the only place that actually had a seat, a space for just one person at the sushi counter bar left.  So I gave in to Masa in the end!

How was the experience?

I did obey their no-photo policy (almost wholly until near the end) and purely set out to enjoy the food there. In Masa, your seating in the restaurant can affect your experience. I was sat in the middle of the counter/bar, with two couples on my right. Both were there for a birthday celebration, and surely Masa lived up to their reputation as on my left was one Singaporean banker entertaining his two blonde girlfriends loudly and also while clearly being very tipsy from bottles of Champagne. He seemed to be a frequent enough diner to the extent that he simply asked the staff to charge the bill to his account and they walked off.

The meal began with a few starters. This included his signature caviar on o-toro (photo from their website) followed by sushi made by the master himself… tuna, fluke, sea bream, snapper, squid, sweet shrimp, Spanish mackerel, seawater eel, sea urchin, etc… all were pleasant, very well made. It contained the right amount of rice with a hint of rice vinegar, and each piece of fish was as fresh as expected, but nothing out of the ordinary. Although the aforementioned Japan-imported fish was carefully prepared, I didn’t feel as if it was made special. The portions were also meagre.  Finally for dessert there was a choice of yuzu sorbet, buckwheat tea ice cream, and matcha crepe cake. At this point I was very direct and said “I am still hungry, so please bring me all three desserts”. At least they had no hesitation in affirming my request. The first two desserts came presented in rustic glass bowls laid on wooden dishes, perfectly circular orbs of flavour. The crepe cake was equally simple in presentation: even layers of delicate matcha crepes laid onto a similar shade of green ceramic.

Yes, Chef Masa was onsite; yes, he was hands on in making the sushi himself; yes, there were caviar and truffles; but US$700+ mainly for 14 pieces of sushi (plus a modest small bottle of sake the bill was close to US$800) is a robbery.  I suppose no one is to blame in this instance as I practically volunteered myself for it. I can’t help feeling that these prices are a little too much for what is being offered. There are plenty of other more reasonably priced sushi restaurants that bring just as much quality in their dishes. Well, at least I checked one more Michelin 3-star off my list.