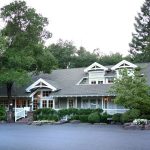 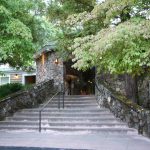 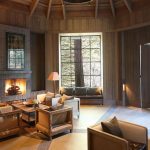 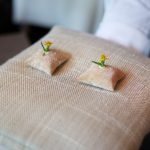 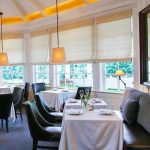 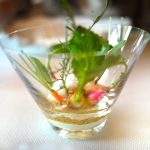 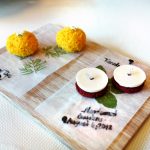 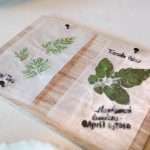 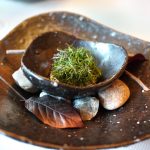 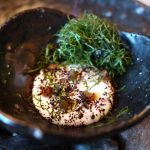 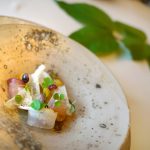 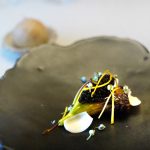 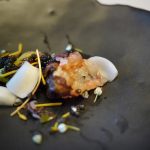 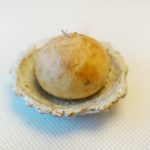 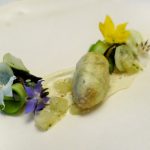 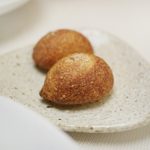 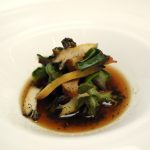 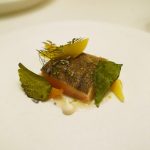 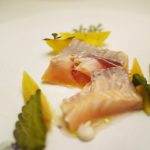 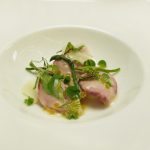 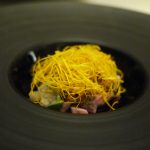 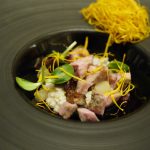 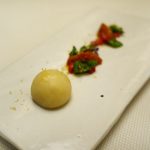 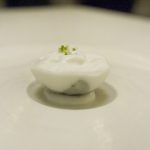 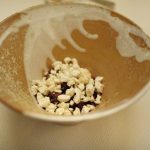 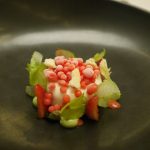 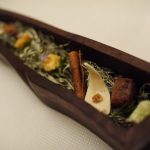 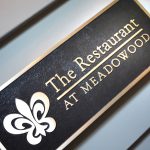 Image 1: After crossing the Golden Gate Bridge having escaped the mad traffic of San Francisco, we realised it was still a two hour drive before reaching our destination in the Napa Valley. We had to call the restaurant twice to update our location as the expected 1.5 hours journey time ended up being over 3 hours! Fortunately, we had a very early booking that evening.

Image 2: It was inside this luxury resort in the heart of the most prestigious wine area in America where Christopher Kostow, a philosophy graduate, made his mark in the culinary world. He become the only other Michelin 3-star chef in the Bay area, putting him in the same league as Thomas Keller of the which was just 10 miles down the road.

Image 3: Although we were an hour late the manager did not usher us into the dining room. Instead, he suggested to relax over a drink in the bar while he brought us an amuse bouche, allowing us to browse their extended wine list of 1200 labels. Very slick service I have to say! For apéritifs, there was no need to order the imported Champagne since Roederer actually produced great sparkling wine in California like the 2003 L'Ermitage Brut.

Image 4: After we chilled out a bit, he came back with "Pillow" on Pillow, a warm crunchy parcel with cream cheese, and he explained their unique menu concept of no menu. "Do you prefer a more vegetable or meat menu? What about gamey meat? You like raw fish or cooked?" Basically, they discussed the likes and dislikes with each guest so that the kitchen could alter the courses to suit each individual. Challenging for the kitchen, but ideal for the diners!

Image 5: The dining room had lots of natural light with huge windows overlooking the garden. Glad that we were not the last arrival as there were still two tables left. I did notice that they really executed their no menu concept well. Being a nosy person like me, I observed the couple next to us and saw that they each had a completely different menu and also very different than ours! Impressive organisation work by the kitchen team!

Image 6: Since the restaurant has a garden on this estate allocated to Kostow, I knew there would be a Taste of the Garden course. Embedded under vinaigrette ice were cute baby root vegetables - carrot, radish and white radish. Good idea of using vinaigrette ice as a dressing to refresh my palate before tasting the vegetables.

Image 7: On the left were carrot sponge cakes and on the right were fried tomato cakes topped with a small tomato meringue disk. Very smart serviceware…

Image 8: … by utilising leafs from the garden to create a bookmark as a souvenir for each guest! They really employed a creative team here!

Image 10: Covered in a nest of shiso were whipped homemade yogurt and cubes of pickled local plum. At the bottom were sweet sesame crumbs that offered an extra dimension to both texture and flavours. Delicious!

Image 11: Now the sashimi course. For me, aji, Japanese horse mackerel accompanied with tiny gooseberries and chilled cantaloupe tripes which burst out with sweet juice! Great composition for this course where each ingredient was superb with a unified rush of flavours. It also came with leaves of spicebush on the side for us to smell as this plant, interesting enough, had a fragrance of sweet cantaloupe!

Image 12: Whoa, the other sashimi course was a generous quenelle of osetra caviar resting on a lily flower.

Image 13: Stuffed inside the flower was Alaskan prawn. The pure freshness from the prawn was beautiful and further enhanced by the nature seasoning from the caviar. Another perfect dish though I had no idea…

Image 14: … why it came with a tiny warm potato brioche.

Image 15: Another vegetable course where everything was sourced from his garden. Sitting on a cream of white sesame was grilled baby cucumber decorated with borage and flowers of Meadowood. This course was a bit of a disaster! The cucumber was overly salty and I had no idea where the intense acidity came from. Definitely the least favourite of the night!

Image 16: The next course also came with a small brioche! I now understood why they had a small brioche with the previous course. They basically paired different types of bread with a few courses in the tasting menu! Clearly Kostow has fine-tuned every aspect of his cuisine!

Image 17: A Japanese-influenced dish comprising of Abalone, shitake mushroom, and seaweed. Although the abalone dashi was slightly too salty, this course did a good job of bringing out the deep abalone flavour!

Image 18: Rainbow trout roasted with forgotten herbs. As the server explained, many herbs that they grew onsite were not available from the market anymore. From its appearance, the fish skin looked very crispy which got me worried that the fish was overcooked!

Image 19: But wow, look at the moist and soft texture! It was actually somehow delicately cooked with a raw centre while having a crispy skin on top. Together with sweet-fruitiness from the wedges of yellow beet and peaches, a well-balanced dish and it had just the right amount of seasoning. One of the best trout dish ever! I wished the signature trout dish I had at was as good as this!

Image 20: The meat course I got was veal with a mash underneath, coated in kohlrabi cream sauce and garnished with sorrel. The meat was cooked to a nice pink colour with savoury sparks from the salmon roe. Delightful course! And again, it came with another variety of bread just to pair with this course.

Image 21:
Blanketed under shredded sunflower was the other meat course.

Image 22: On a bed of mascapone was diced young goat chargrilled with Applewood. Not gamey nor cheesy, but tender with a nice smokiness imparted onto the meat from the charcoal.

Image 23: I knew Kostow won't serve a simple cheese course. A steamed pretzel of mimolette, a French cow's cheese. This cheesy warm soft bun which was alright but unusual. The worst was the pepper salad on the side consisted of red pepper, which was rather sweet, but the green chili pepper was HOT, spicy hot! Definitely the most spicy dish I had from any of my Michelin star experience! Very bold to put that in a dish!

Image 24: For pre-dessert, a beautifully handcrafted sugar tartlet casing filled with buttermilk and blueberries. It resembled a very tasty version of blueberry yogurt.

Image 25: Dessert time and for me, Kostow's version of German chocolate cake, an American cake originated from a baker named German. Covered in white chocolate crumbs and almond crunch were broken pieces of chocolate cake with cream. Though it sounded like a dessert full of sugar like most of the traditional American cakes, it wasn't overly sweet at all. Instead, the airy texture of the cake and milky white chocolate were very comforting.

Image 26: The other dessert was strawberry parfait encased in a white chocolate shell, sprinkled with strawberry ice balls on top and surrounded by celery leaves. Not only did the celery add some crunchy texture to the dessert, it provided freshness without being too sharp. A very original and satisfying course to conclude the meal!

Image 27: Kostow did come out to serve at least one course for each table. For us, it was the last item, petits fours with a forest theme - airy cheese brioche, dark caramel, expresso tuile, candied leaf, honeycome, and came with distilled apple liquor. He then invited us to the kitchen to meet his team of ten and showed us how he meticulously organised the 10 courses for each guest systematically on a big grid! Unbelievable!

Image 28: A very solid menu where every detail was well thought-out and well executed by the passionate kitchen team together with the professional service team. It was my first experience with a restaurant that personalised a tasting menu to this level. The use of hot pepper was beyond my limit, but even for me, a person who's spoiled with finest European dining, I can confidently say Kostow's cooking was no doubt at the top of the league. A truly deserved 3-star!