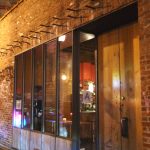 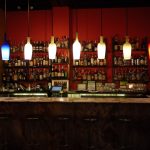 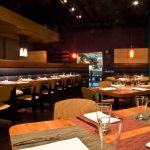 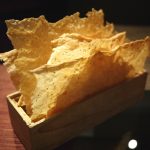 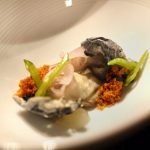 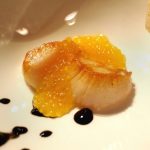 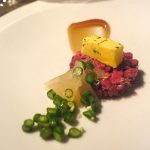 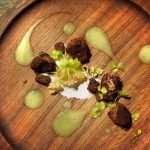 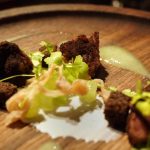 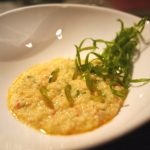 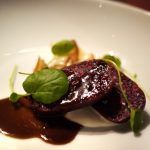 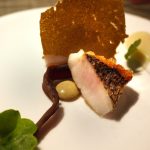 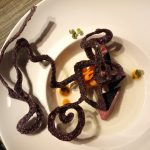 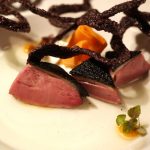 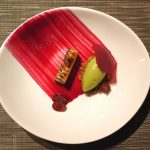 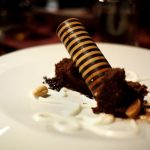 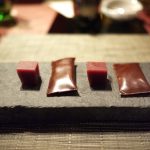 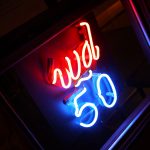 Image 1: Though the molecular trend has gone past its time and this restaurant was a bit rundown, I still allocated one of my precious dinner slots during my US trip to revisit my favourite restaurant seven years ago. Opened in 2003 by Chef Wylie, a leading proponent of molecular gastronomy, this cutting edge cuisine was at one point the frontier of innovation with creations like "sunny side up", fried mayo, and even menthol mousse!

Image 2: My meal that night took place at the bar which served food in tapas style so I could pick and choose any course from the two tasting menus instead of ordering one of the menus.

Image 3: The dining room can seat up to 70 guests during peak time but it was very quiet during that Sunday dinner service.

Image 4: A tray of paper thin sesame crackers to keep me occupied while waiting for my first course. What I liked about Wylie was his playful approach to his food with bold and unusual flavour combinations. No need for me to expand much since the photos along with the list of main ingredients would clearly illustrate the uniqueness of this restaurant.

Image 18: I did enjoy the meal very much although it wasn't as "wow" as my first visit mainly because the culinary trend has moved on, significantly moved on, in the last seven years. I mean, Noma has just got its first star back then and was pretty much unknown to the world! Sadly, the molecular cuisine which was once considered as the future of food is perhaps reaching the end of its lifespan as Wylie has just announced the closure of WD-50 by end of this year! Yes, sad!