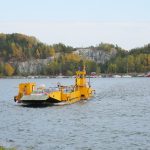 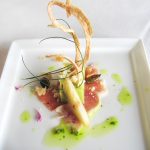 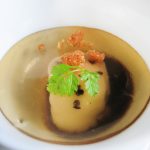 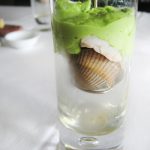 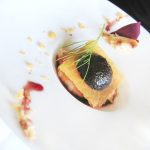 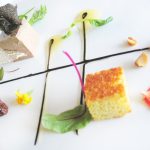 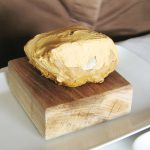 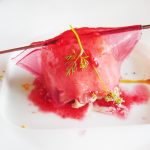 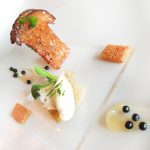 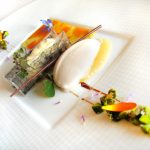 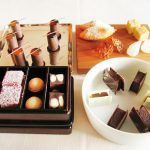 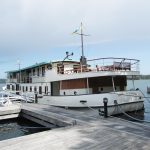 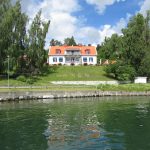 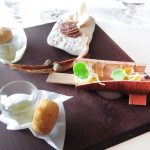 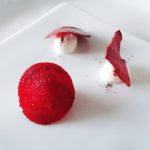 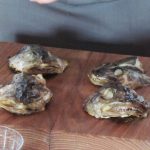 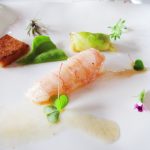 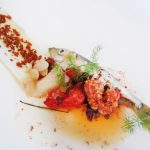 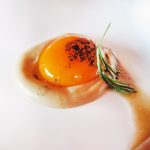 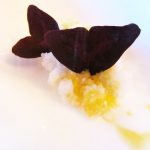 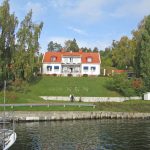 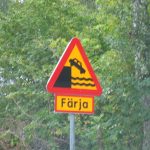 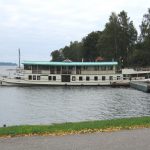 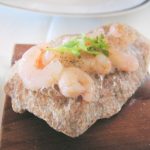 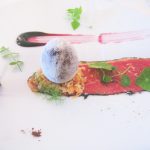 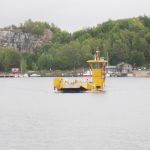 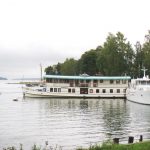 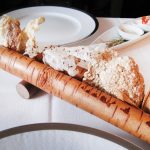 First a flight to Stockholm, then a one-hour drive into the remoteness of the archipelago, and finally the infrequent ferry that runs once every hour – out of all my dining journeys around the world, this has to be the most difficult restaurant to reach, and the only one to involve all three means of transportation – air, land, and sea!

Michelin’s coverage of Sweden is limited to Stockholm and Gothenburg. For restaurants without the opportunity of being listed in the Michelin Red Guide, it is far more difficult to attract the attention of international diners. The first time I heard of Chef Magnus Ek was from a conversation back in 2005 with the maître d’ of F12, a Michelin 1-star in Stockholm: “Don’t get me wrong, we serve an incredible tasting menu here at F12. But if you want something extraordinary, you need to take another step and visit an isolated island called Oaxen.” Following his advice, I did make a special journey back to Sweden the year after.

When I first stepped onto this tiny island of no more than 100 people, I immediately asked myself, “Was he kidding me? How long can a restaurant in such a location survive?” Well, I guess I have answered my own question by returning here annually since my first experience of Oaxen five years ago. It really can survive.

The story of Oaxen Krog goes back 17 years to when Magnus and Agneta fell in love with this house at first sight. They were determined to settle here and to provide good food to local diners. They could already sense the potential of the island by finding wild oregano in their first year! From foraging in the forest to fishing in the sea to sourcing meat from neighbour islands, the passionate restaurateur couple could not have imagined that they were actually on a path to transform Oaxen into one of the top culinary spots, attracting gourmands from all over the world.

But when I received this message from Agneta last year, my heart was shattered. “We have had many fantastic years out here on the island,” she wrote, “but now we are beginning to feel that it’s time to do something at a new location.” Yes, Magnus and Agneta decided to close down Oaxen Krog. My first question to Magnus was why he would give up such a unique location, and he responded, “Running a seasonal restaurant at such an out-of-the-way location has its advantages, but also some drawbacks. After such a long time out here, a more central location certainly has its attractions. The restaurant at this location is as successful as it could possibly be.” Damn – I have only eaten there four times, and that’s it?

The theme of Magnus’ cuisine changes every year. Our first encounter was The Four Elements (Air, Fire, Earth, and Water) which completely blew my mind. It was followed by a year of Distillates, then The Fifteen Year Celebration, and Rampant last year.

The trees in the forest, the smell of woods, the sound of the sea, the sense of nature, there is no better place to enjoy Oaxen’s grand finale menu: A Natural Ending. We were there for our last time in June, and it is obvious that Oaxen has further gained its international reputation over the last few years. Not only were there a few tables of Swedish locals, but it had diners from Denmark, France, England, America, and as far as Taiwan! Without disappointment, a small kitchen team of six churned out more than 300 flawless dishes to 32 customers that night!

We always had a romantic time there, and I have to agree with docsconz that “Oaxen Krog is quite possibly the most romantic restaurant on the planet.” To make our final Oaxen experience extra-special (and to avoid the needs of catching the last ferry), we stayed at their ship hotel Prince van Orangiën for the first time, and continued with the great food the next morning at Pumpen, Oaxen Krog’s little restaurant by the pier next to the ship hotel. The smoked shrimp there is not to be missed!

Magnus has documented fragments of their 17-year experience in the book Oaxen adieu. It is not just a book of recipes, but contains historical images of the island, the floor plan of the dining room, the working routine in his kitchen, with a photo collection titled “Forget-me-not: Oaxen memories by Magnus”, and his personal chef’s notes including plating sketches, the making of ättika (a traditional Swedish vinegar), technical details on cooking using smoke, and descriptions of the 31 edible plants found on the island! Magnus will be greatly missed by every single element of Oaxen.

So what’s next for the couple? They have chosen the old shipyard in Stockholm, Djurgårdsvarvet, as their new home. Inspired by its nautical roots, a “mess hall” (mäss) will serve as a main dining room and a ”storehouse” (magasin) will serve more casual meals, giving rise to the name DVMM, Djurgårdsvarvet Mäss & Magasin. I am already looking forward to this new site, scheduled to open in Spring 2013.

Magnus and Agneta, on behalf of all your supporters, we greatly appreciate your 17 years of dedication in creating such an exquisite restaurant and providing such beautiful memories to many of us. The cuisine of Oaxen will never be forgotten!