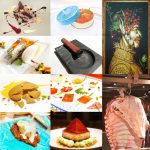 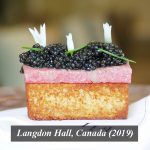 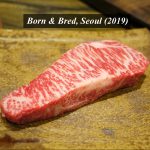 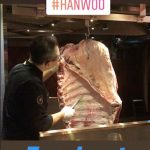 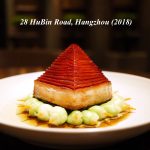 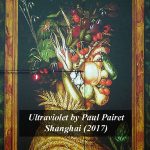 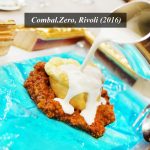 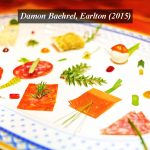 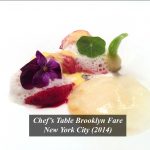 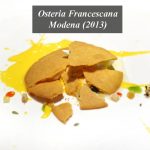 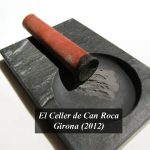 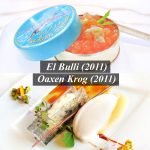 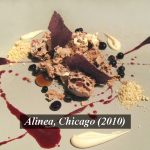 Although I had over 2000 restaurant experiences during the past decade, it didn’t take long to pick out the most memorable ones. Of course, by ‘memorable’, I’m referring to the whole experience – including the setting, my companions and the significance of the meal – not just the food itself.

This place was definitely ahead of its time, with lots of creative ideas that enhanced the dining experience without being gimmicky. The most impressive of these ideas was a dish placed on a fragrance-filled pillow – as we ate, the weight of the plate caused the pillow to release an aroma that paired with the dish. And it was clear that Chef Grant Achatz loves breaking the rules – so much so, in fact, that he even questioned the need for serviceware in the first place, making his point by serving his signature dessert straight onto the table! It was the kind of originality you won’t forget!
Tags: @thealineagroup @grant_achatz

I was lucky to be a guest at the final service of both legendary restaurants which closed in 2011. In Spain, El Bulli, the place that completely revolutionised modern cooking, but Chef Ferran and Albert decided to shut its door after many years of Michelin 3-star and World’s #1. And in Sweden, Chef Magnus Ek, who had been cooking world-class meal on the tiny island of Oaxen for 17 years, also decided to embark on a new journey. There’s something so magical about this island, and the restaurant, that I’ve visited it every summer since my first visit in 2007 – so my last meal there was quite poignant, and ended in an unforgettable overnight stay on their boat.
Tags: @magnuone @oaxenkrog

This was actually my third visit to Joan Roca’s restaurant – though it was my first time at his new site, with its exquisite triangular dining room enclosing an inner garden. And it was a mind-blowing experience, encompassing everything from Josep’s guided tour and wine tasting in his cellar, through Jordi’s signature “Trip to Havana” featuring an edible Cuban cigar, to his DKNY perfume adaptation dessert. It was no surprise to me when they hit the World’s #1 spot the following year!
Tags: @cellercanroca @cellerrocabbva @jordirocasan

My first visit here was 4 years previously, when Massimo was still developing the creative concepts behind his imaginative approach to Italian cooking. His ideas were impressive enough then. But at this second visit, it was remarkable to see how he had brought them all together to create dishes that defined so perfectly what modern Italian cuisine is all about. His signatures “Magnum” and “A potato waiting to become a truffle” are simply superb and creative, and who could ever forget “Oops, I dropped my lemon tart!” Three years later, and totally deservedly, the restaurant became the World’s #1.
Tags: @massimobottura @alan_spedding_

Mixed feeling on this one. On the one hand, it was the most frustrating meal I can recall. All Chef César seemed to care about was sticking to his routine according to his clock, with no flexibility whatsoever. This meant that, as I was ten minutes late, he refused to serve me my first course. I guess that’s also what made it so memorable! And as if that weren’t enough, he monitored every movement like a sergeant major, ensuring that no-one took photos or made notes. And yet…as much as I was annoyed by the chef’s antics, there was no doubt that this place served the finest food, by far, that I’ve ever experienced in the country.

A strange dining experience – despite the fact that Bloomberg called it the “most exclusive restaurant in the U.S.” with a 10-year waitlist, no one in my food circle seems to recognise this name. It was a drive of over two hours, and we ended up dining in the basement of a twelve-acre woodland home where the only person in the whole site was Damon himself, who served as forager, farmer, butcher, chef, sous-chef, sommelier, waiter, busboy, dishwasher and mopper. Oh and he claim to have made everything himself from the ground up, include oil and flour, on-site! Truth? Or myth? Who knows. We’ll let the mystery continue.
Tags: @jeffrey_merrihue @wyahaw @mijunepak

It certainly wasn’t the food that made this one memorable! How could I have known that the meal would begin with a photoshoot of us? And how could I have known that a journalist had flown in from London just to document our food journey? But the biggest surprise of all was to be described by the British journalist, Hugo Rifkind of The Sunday Times, as the “World’s most extreme foodie”, who was part of the “Fantastic Four” of the gourmet world. So, it’s no wonder that this was a meal I remember – especially as it also marked the beginning of three days of Alba white truffle eating – during which Hugo properly witnessed extreme foodies in action.
Tags: @davidescabin.zero @jeffrey_merrihue @wyahaw @mijunepak

I’m often reluctant to visit restaurants described as “multi-sensory dining experience”, as too much entertainment would divert me from appreciating the food. On this occasion, I made an exception – and I’m soooooo glad I did! For an experience like this, every aspect has got to be perfect, otherwise, it would feel like a “cheap show”. And Paul Pairet really nailed it! Every aspect of the Ultraviolet experience was brilliantly thought-out and precisely executed by his team. Plus, it was here that I experienced what, in my view, is the most conceptually sophisticated course of all time – the “8 Differences” which was an incredible marriage of art, music and food.
Tags: @siu_chong_

I finally managed to lure my long-time foodie friend, Andy Hayler, all the way from London to my favourite restaurant in China, located at one of the most picturesque spots you can imagine. As expected, the restaurant showcased some of the regional classics including the famous “Dong Po Pork pyramid”. This meal was memorable also because I somehow contrived to lose my beloved camera – which had accompanied me around the world – by leaving it in the taxi on the way to the restaurant. Miraculously, it was recovered after a month of detective work by Mr.Song @gallery_fake, an achievement so remarkable that it was even documented in the local newspaper.
Tags: @wyahaw @siu_chong_

It’s not a well-known place, and not much has been written about this speakeasy. And perhaps it’s not surprising, as it took weeks of phone calls before our booking was finally accepted. Finally, eight foodies, from five countries, found themselves in the basement of a luxury meat shop in Seoul where the owner, Mr.Jung, cooked us the whole meal personally, using beef cut in front of us, by Ron the Master Butcher, from the carcass of a 28-month old female cow. The experience ended with a guided night tour of the meat market by Mr. Jung himself. It was an unexpected end to a delicious meal with great company!
Tags: @bornandbredkorea @briliant_luminous_ @jeffrey_merrihue @migrationology @rckmnd @gladys.wanju @siu_chong_

It was a surprise meal organised by @mijunepak together with Chef Jason Bangerter, the winner of “Battle of Venison” in Iron Chef Canada. Through his unique blend of passion and imagination, Jason has developed a truly world-class farm-to-table cuisine that provides a dining experience that’s simply magical. It was at Langdon Hall that I had one of the most memorable meals of my life – a meal that I wanted to last forever.