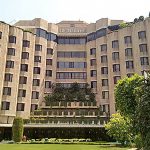 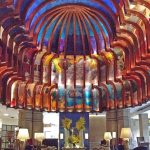 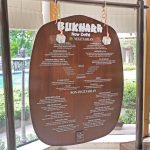 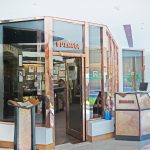 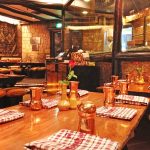 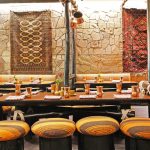 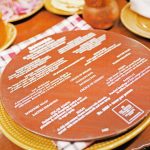 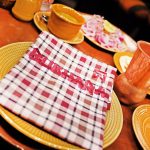 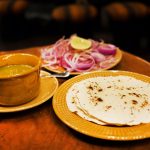 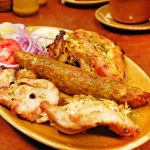 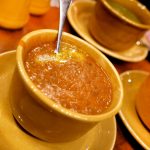 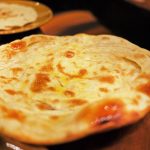 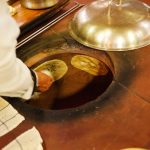 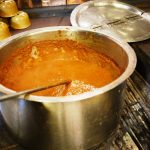 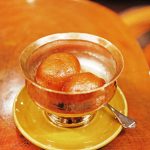 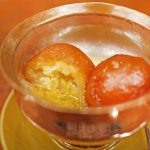 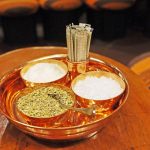 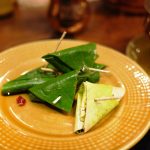 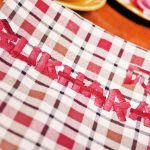 Image 1: Back in New Delhi, after an 8-year absence! Of course, I had to revisit ITC Maurya, which is probably the most prestigious hotel in town and the residence of choice for world leaders and other dignitaries when visiting the city. In fact, President Obama and the First Lady stayed here during their recent trip to India. I was looking forward to a relaxing lunch!

Image 2: Naturally, with so many VIP visitors, security is high, and everyone is checked in and out of the hotel. The first sight of the interior of the building was...well, wow! Impressive just doesn’t say it. This spectacular ceiling mural, called ‘procession of Life’ took renowned Indian artist four years to complete. The hotel itself is named after the famous Mauryan dynasty, a golden age of Indian history where art and culture flourished, and is a masterpiece that reflects the best of Mauryan architecture.

Image 3: I would love to have lingered longer under this wonderful creation but my stomach was calling! My attention was attracted by a massive wooden plaque hanging at the far corner of this lobby. I guessed that it was the menu of the iconic restaurant Bukhara and I was right.

Image 4: The entrance was exactly how I remembered from my last visit.

Image 5: Nothing had changed inside this 35-year old restaurant. With an open kitchen, dedicated to traditional Northwest cooking (Bukhara is the Northwest region of ancient India), it employs a cooking method based on charcoal-grill and tandoori. So this place is all about dry-heat cooking and not a place for curry.

Image 6: A traditional setting with short stools and hanging carpet.

Image 7: The menu arrived – a mini-version of the wooden plaque at the entrance! The lunch menu offered a veggie and a non-veggie option, perfectly sized for one person - a small portion of three types of kebab, choices of dal and bread, plus a dessert.

Image 8: Instead of a serviette, there was a bib, and there was no cutlery. Instead, the restaurant recommended that guests experience the tradition of using their hands.

Image 9: The wait for my order was relieved by the arrival of papadum. Warm, thin and crispy. A pleasant appetiser!

Image 10: Meat time! There was creamy kabab of boneless chicken, marinated in malt vinegar and coriander before being tandoor-cooked, and Mince lamb mixed with ginger, green chillies, cumin and saffron, then grilled over a charcoal fire. Also the "King of Kabab" - a quartered tandoori chicken with ginger, garlic, lemon juice, chillies, garam masala. Although the chicken was moist, the minced lamb was my favourite of the three with the right amount of fat! They all had a good, balanced flavour without being too spicy.

Image 11: Now, the signature dish of Dal Bukhara! My hotel concierge told me that many locals make it a mission to experience Dal Bukhara at least once in their lifetime though he still hasn’t had the opportunity yet. This dal was a blend of black lentil, tomatoes, ginger and garlic, left to simmer for more than 24 hours over charcoal fire, then finished with cream and unsalted butter. Very seductive! Rich and silky; the best part was the light smokiness which, interestingly, reminded me of roasted coffee! Yes, it’s safe to say that I enjoyed this a lot!

Image 12: To go with the dal, all you need is a simple, freshly-made buttered naan bread from the tandoor.

Image 13: As I enjoyed the dal and the naan so much, I was invited into the kitchen to see how they were made. The chef showed me how the naan was placed directly into the tandoor, and...

Image 14: I loved the smell of this huge pot of slow-cooked dal! My long, pleasant chat with the chef was interrupted by the news that dessert was ready.

Image 16: In most restaurants, the syrup is overly sweet, but thankfully, this wasn't the case here so that I could still taste the milk and cardamom.

Image 17: Typically, Mukhwas, which literally translates as "mouth smell", is served after the meal as a form of refresher and digestive. It’s usually a blend of spices and, here, anise seed and coconut powder was served.

Image 18: I was bought paan, which – according to the manager – is also usually served after meals, though only to locals, since most foreigners hate it! It consisted of crushed areca nut, wrapped in betel leaf, which the diner is supposed to chew and spit out. I tried a small bite – bitter and chewy, with bad flavours – so my reaction was just as the manager predicted. I hated it!

Image 19: I’m glad I took the time to revisit this restaurant. I enjoyed and appreciated the food much more than last time. The service was very friendly, even if it was occasionally rather rushed, and the lunch menu was a bargain. If you happen to be in town, the restaurant’s signature dal would make the trip worthwhile on its own.