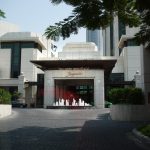 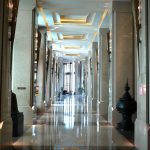 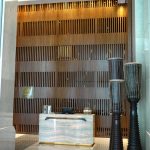 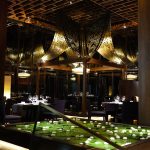 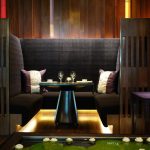 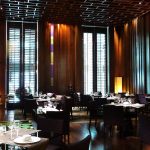 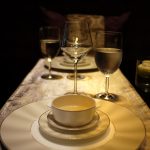 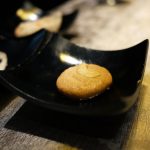 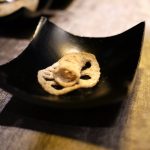 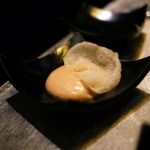 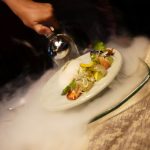 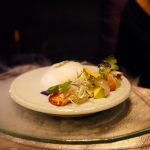 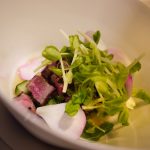 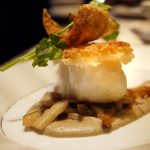 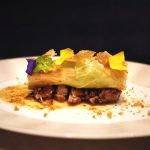 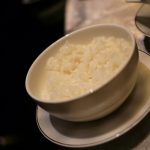 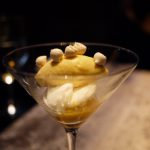 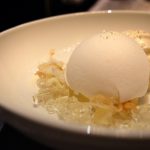 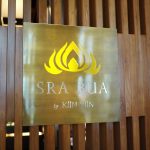 Image 1: Located in one of the most expensive hotels in town is a modern Thai restaurant. It is sister restaurant of Kiin Kiin, a Michelin starred Thai restaurant in Denmark owned by a Thai-Danish restaurateur.

Image 2: We found the restaurant at the end of a long corridor on the ground floor…

Image 3: ...and that was where we had our lunch booked.

Image 4: The décor in the dining room was dominated by wooden beams providing a traditional ambience with a lotus pond at the entrance.

Image 5: There were a few private tables for couples along the side.

Image 6: There not many occupied tables during this weekday lunch.

Image 7: Our server quickly welcomed us with a refreshing lightly sweetened lemongrass ice tea, an ideal drink for such a hot day.

Image 10: … and a savoury prawn cracker with tomato dipping.

Image 11: The meal started with a bit of a visual effect gimmick for the first course. Hidden inside the salad were four small pieces of beautifully poached lobster perfectly paired with a wedge of creamy avocado.

Image 12: The centre of the plate had an exotic frozen red curry cream which was spicy but the cold temperature helped to reduce the intensity on my tongue. I particularly enjoyed the crunchy cashew nut underneath. Great opening, fun course with high quality ingredients.

Image 13: Next was diced Wagyu in a spicy and acidic dressing topped with watercress. Well marbled meat with a good balance of spice and vinaigrette.

Image 14: For seafood, fried fish where the skin was removed then deep fried and used as garnish. The fish itself was bland but had a good flaky texture. This course came with Tom Kha, a coconut base soup with chicken and lemon grass - aromatic but extremely sour; difficult to like!

Image 15: A green papaya spring roll resting on strips of grilled chicken with a traditional Nam Jim sauce that had a combination of salty, sweet, sour, and spicy! A bit too spicy for me but the fruity orange was seductive. The chicken was tender and juicy. Delicious course!

Image 16: Good rice - very fragrant and I was able to feel each grain. But come on, it's a 5-star hotel, at least form a neater scoop of rice.

Image 18: The last dessert was more a pina colada combo. Beneath a coconut sphere was pineapple sorbet with rum. A much more pleasant dessert to wrap up our lunch.

Image 19: Carefully prepared cuisine using high quality ingredients with a touch of local flavours. If you are looking for a traditional cuisine, this isn't the place. Many described this as Thai cuisine with a Western influence, I would say it is more a Western cuisine with a Thai influence but whichever way you look at it, most courses did suit my palate.