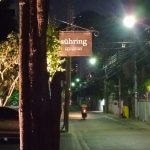 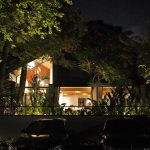 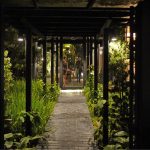 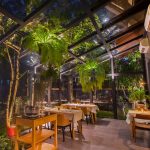 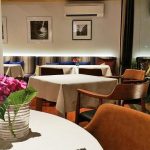 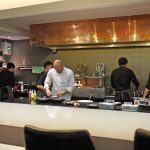 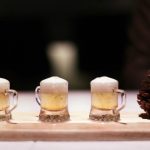 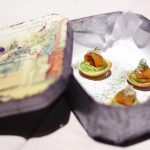 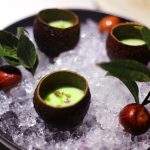 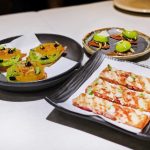 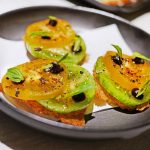 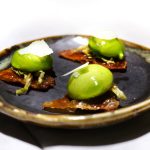 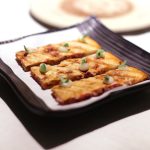 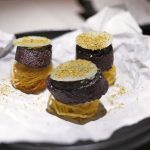 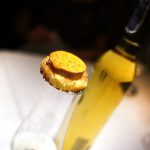 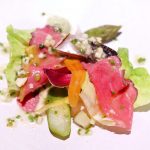 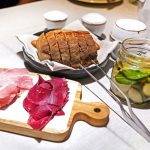 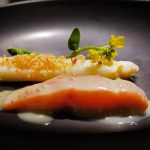 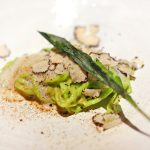 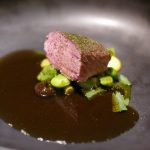 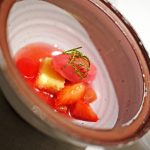 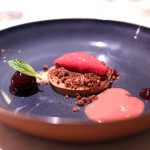 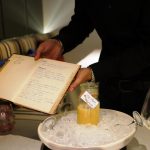 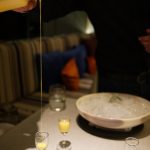 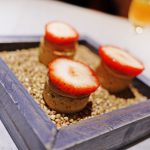 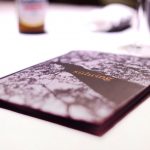 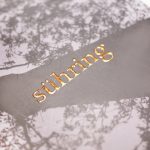 Image 1: Bangkok, of course, enjoys the dubious fame of having the worst traffic city in the world. It's not unusual to be stuck motionless in a traffic jam for an hour or more during rush hour! With that fact in mind, when I booked the dinner, I allowed sufficient margin for my 30km taxi ride from the airport to my hotel which did take more than 2 hours! After dropping off my luggage, I hopped immediately back into the taxi and asked the driver to take me to this latest addition to Bangkok's fine dining scene, Sühring.

Image 2: After years cooking Italian food in Hotel Lebua Bangkok, the Sühring twins won financial backing from Gaggan, enabling them to finally go back to their roots by establishing a restaurant on a quiet, narrow street just a block away from the glare and flare of the inner city. As modern German cuisine isn’t something you find everywhere, I decided to make this two-month old restaurant the first priority of my short stay in Bangkok – after visiting Gaggan, of course.

Image 3: Before relocating to Bangkok, the twins had years of training in a number of Michelin 3-star establishments in Europe. These include Aqua in Germany, La Pergola in Italy, and De Libreji in the Netherlands. With some of the world's best chefs as mentors, I knew the twins must be highly skilled in creating top-class food, so I was pretty confident I was in for an excellent meal.

Image 4: The restaurant consists of a small conservatory area at the entrance…

Image 5: … and a simple dining room with not too many tables.

Image 6: For a few lucky diners (like us!), there are two tables with a direct view into the kitchen, where our first sight was of one of the twins making some final touches to a course about to be served. It's a great place to sit with a full view of the action, but before you ask to be seated there, be warned - it can be unpleasantly hot and sticky!

Image 7: We were immediately welcomed with mini glasses of a non-alcoholic German beer mixed with Sprite and apple juice. Most refreshing - like a sweet apple cider. While we were enjoying our drink, we were shown the menu – a choice of 9 or 12 courses. Well, what could we do? After coming all this way and at a price of less than £50, we simply had to go for the 12-course option! While we communicated our choice to the waiter, one of his colleagues filled our table with the first few courses - a range of snacks. These were…

Image 8: …Avocado and sea urchin tartlet with horseradish served in a tin box. The ripe avocado gave a very intense and creamy flavour, though it was a pity that it had been paired with sea urchin which was also creamy that both its texture and its subtle flavour were completely taken away by the avocado. What a waste!

Image 9: Then there were these – shots of avocado and cucumber served in avocado shells. They were chilled and creamy, with a strong fragrance of dill. The weather was so warm that I found myself wanting more of these!

Image 12: These spheres of "Caesar salad" were resting on a crunchy piece of chicken skin finished with a flake of parmesan. Containing a mix of anchovy, parmesan, and Caesar dressing, they were little bombs of flavour waiting to explode in the mouth. Fun!

Image 13: Of course, they had to include some German classic in the menu, like Pork knuckle sandwich, topped with cream of sauerkraut instead of actual sauerkraut. Great idea, but there was nowhere near enough meat inside to bring the meat flavour through.

Image 14: Now one of the twins personally served the well-known dish, "Heaven and Earth", which brings together two of German cuisine’s principal ingredients - apple and potato. Obviously, this was their modern interpretation, with a piece of traditional 18th Century-style black pudding sandwiched by crispy potato and a slice of spiced apple. I loved the silky-crispy texture contrast of this rich little nibble.

Image 15: So, on we go…next up was a disc of duck liver terrine covered in seabuckthorn paste, which was served on a wine glass. This was rather unusual way to serve, but as foie is classically paired with sweet wine, I immediately saw the reasoning. The idea was that, instead of requiring the diner to order a separate glass of wine with just a bite of foie, the idea is you eat the delicacy first, then finish with a sip of wine. Very thoughtful!

Image 16: German cuisine tends to feature a lot of pickling and preserving, so it didn’t come as a surprise to be served a course such as this pickled mackerel salad with Frankfurter Grüne Soße (a traditional German herb sauce), and slices of Simmentaler roasted beef. Mackerel is often so ‘fishy’ that it overpowers other ingredients, but not in this case – it was very mild and pleasant. In fact, all the ingredients - the meat, the fish, and the vegetables – all felt very clean on the palate.

Image 17: Bread is very big in Germany, which is why this place bakes its own breads with a sourdough that’s been left to ferment for a year. This "Bread time" course came with smoked German Black Forest ham and Spanish beef. It was also accompanied by three choices of spread: cheese, Oldenburger butter, and pork fat. The bread was simply superb – a warm and crunchy crust, while moist and soft inside.

Image 18: In Spring, Germans go a bit crazy on white asparagus . And guess what – the first batch had arrived just the day before! Along with a stalk of white asparagus came trout, smoked in cedar wood and cooked in rapeseed oil, then coated in potato and mustard sauce. The fish flesh was extremely moist with a delicate texture that had the sensation of completely melting in the mouth. One of the most delicious courses of the entire trip – and that’s saying something!

Image 19: Now another German classic - Spaetzle, a handmade traditional German noodle. This isn’t my type of noodle as I find them way too soft, but the dish was rescued for me by the melted Allgäuer mountain cheese and flakes of black summer truffle. The warm, richly-flavoured and slightly sticky cheese was very tasty.

Image 20: The main course was lamb, from the renowned German butcher Piet van den Berg, who’s known for the quality of the meat he supplies. The sauce was absolutely packed with flavours as it had been slowly reduced for a week to a thick and sticky texture! In fact, it was so delicious that we ordered some bread to soak up every drop of it! The meat itself, however, was very lean, dry and muted in flavour. By far the weakest item on the menu.

Image 21: Now on to the sweet section of the menu, which began with a very fruity, aromatic and refreshing dessert - Rhubarb with strawberry and gin. It was a relief to have something to cool us down as our special position near the kitchen was rather on the warm side!

Image 22: Last - but certainly not least - a classic German dessert: Black Forest gâteau. Predictably, it was a contemporary version consisting of cherry sorbet on a creamy chocolate ganache, and dusted with crumbs. While the cherry-chocolate combo was nice, I was disappointed that there wasn’t at least a nod towards the traditional idea of a gateau by including some kind of sponge cake.

Image 23: This notebook contained handwritten recipes by the grandmother of the twins. The waiter explained that she was a cook herself and worked in a local restaurant back home. This recipe was Eierlikoer, a German egg liqueur which is like eggnog but made with beer.

Image 24: The waiter loved to have some fun!

Image 25: The final bites of our Sühring experience were Buckwheat blinis, spread with dark beer chocolate and capped with a slice of strawberry. They made a nice ending to what, overall, was a very decent meal.

Image 26: Some fine-tuning is needed but given that the restaurant had only been open for two months, I think the two brothers had made a commendable effort to deliver a menu sufficiently interesting and tasty to satisfy most fine diners. And one thing’s for sure - there's no competition in town in terms of modern German cuisine!

Image 27: Basically, I think this is a winning formula. After all, you have a chef (or chefs in this case) who go back to their own roots giving the cuisine its own identity, serving food that showcases the classics but with a modern twist, and most importantly, every item was very enjoyable to eat. What’s more, the chefs are twins! How often do you see that? All they need now is some decent publicity and they’ll take off – the place will become a top destination for diners across the globe! My advice is - go while it’s still cheap!