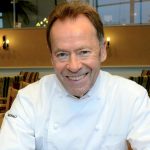 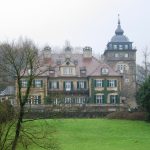 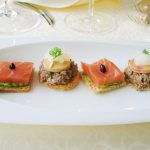 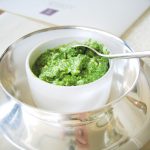 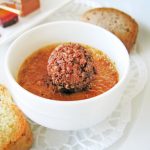 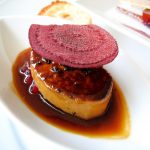 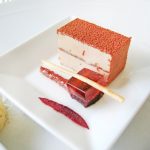 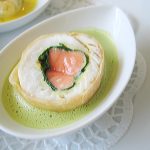 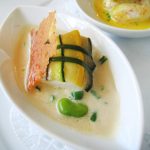 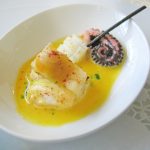 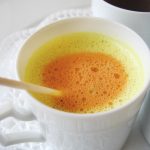 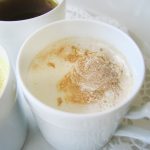 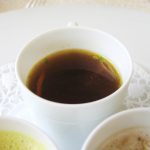 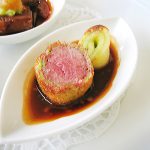 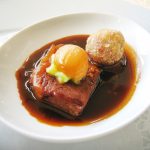 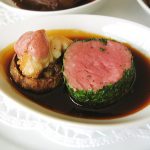 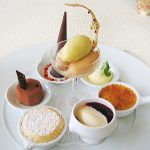 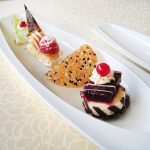 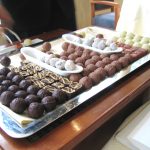 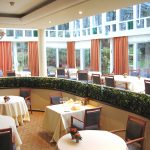 Dieter Müller has retired from the restaurant in 2009. Since then, he has launched his new restaurant onboard the 5-star Europa cruise line. This article is now for historical purpose only.

Our fine dining exploration would not be fulfilled without a culinary voyage to Germany, the country with the most Michelin 3-Star restaurants in Europe besides France. We were particularly attracted to Dieter Müller restaurant for his creative Amuse-Bouche Menu, five courses composed of 19 elegant dishes.

Dieter Müller is one of Germany’s most respected and experienced chefs. He is the only German chef to have a rose named after him.

Born in a family of restaurateurs, Dieter Müller had a dream of cooking in a castle for a long time. His dream came true in 1992 when he opened Dieter Müller restaurant in the Schlosshotel Lerbach, an elegant château near Cologne.

The style is a blend of French and Mediterranean cuisine, with traditional German touches and Asian influences. He loves to play with flavours and cooks with creativity, artistry and perfectionism. He and his team cook with great passion. Being a perfectionist, each ingredient with which he works must be fresh, aromatic and of the highest quality; each plate which goes out of the kitchen must be like a flawless painting.

Schlosshotel Lerbach, home to Dieter Müller restaurant, is considered to be one of the best luxurious hotels in Germany. The castle hotel’s records date back to 1384. With 70 acre of rolling hills and beautiful parks, this manor with romantic flair is an oasis of peace where dream becomes reality.

The restaurant itself is traditional and comfortable. It has large windows looking across to the breathtaking countryside.

Upon arrival, we were welcomed with a glass of Roederer Brut Premier. We had pre-ordered Dieter Müller’s famous Amuse-Bouche Menu, five courses composed of 19 mini dishes. There was a suggested wine pairing to go along with this menu.

Even though we ordered the Amuse-Bouche Menu, we were offered an amuse-bouche of salmon with green pea purée and goose liver on minced pork. They also served us a cheese and egg white sauce for breads.

The first course consisted of three foie gras dishes accompanied by three types of croûton. Foie gras terrine was the best among the three. The terrine was of the top quality with an incredible smoothness and richness in flavour, but the cocoa dusted on top was rather subtle. The cream brulée of foie gras was also delicious. It was just as smooth as the terrine, but much lighter. On top was a goose liver ball coated with pumpernickel, traditional dark bread originated from this region of Germany. The croûtons matched this dish better than the other two. The remaining dish was the sautéed foie gras with truffle sauce with beet root jelly hidden underneath which added another dimension to the texture of this dish. This course was paired with a glass of Riesling Kreuznacher Paradies 2001. It had an overripe green apple aroma and slightly sweet mouth feel.

The second course consisted of three seafood dishes. The one that stands out was John Dory, delicately wrapped with eggplant, zucchini and cucumber. The vegetable sauce was creamy, yet very light, paired perfectly with the fish. The second mini dish was pike with spinach and salmon wrapped inside, which in turn was wrapped inside a strudel, a traditional German pastry. It was interesting to experience how the lean and firm pike contrasted with the fatty and soft salmon. Unfortunately, the lettuce sauce was a bit tart and did not match well with the two fish. The last seafood dish was combination of monkfish, octopus and squid. Not only the monkfish had no taste at all, it was also overcooked. However, the mustard and saffron sauce had a nice exotic flavour. This wine, Chardonnay Weingut Künstler 2004, was rather dry and spicy which complemented the saffron sauce perfectly.

The third course consisted of three soup dishes. The cream soup of chestnut with white truffle from Alba was one of the highlights of this Amuse-Bouche Menu. This earthy sweet soup was richly flavoured and the white Alba truffle was simply breathtaking. The diced chestnut added another level of texture to the soup. It also had a rabbit ravioli hidden at the bottom. What a surprise way to finish the soup! Unfortunately the other two soups were disasters. The cappuccino of curry and lemongrass had a spicy and herby flavour which was too strong to bear, but the shrimp inside the soup was very fresh and meaty. The consommé of duck was definitely the worst dish of the meal. The concentrated duck flavour was just intolerantly too salty as if a careless mistake was made in preparing it.

The fourth course consisted of three meat dishes. The roast veal rump with mustard seeds sauce was beautifully cooked and the sauce was stimulating. It also served with a mushroom topped with baby leeks and glazed veal kidneys on the side. The saddle of venison was enfolded with a layer of potato and cinnamon resting on top of some diced wild mushroom. It was served with a roll of cabbage and spiced jus, which was a bit too intense for the meat. The shoulder of beef with saffron juice and shallot was disappointing. The beef was not tender enough and the sauce was too peppery. It came with a traditional German red cabbage dumpling, which was not particularly special. The meat course was paired with a glass of Fabelhaft Dirk van de Niepoort 2004, a very fruity wine with a strong pungent of spicy berries.

The final course consisted of seven dessert dishes. In the centre, there were three scoops: Lime with coriander sorbet; caramel and sweet cream butter ice cream; and pecan ice cream. Sounded like an odd combination of flavours but they magically complemented one another. A wonderful balance between nutty sweetness and fruity sourness along with herby coriander aroma! An interesting play on the palate!

The lemon dome parfait was simply magnificent. It had a strong lemon flavour, yet not too sour, combined nicely with mint leaves. The cream brulée was nice, but was richer and thicker than normal. The soup of berry with champagne cream sorbet was disappointing. The taste of berry soup was too strong and simply wasted the yummy champagne cream sorbet.

The cream soufflé with nougat from France was not good either: too thick, too rich and too dry. The dark chocolate mousse was very smooth and tasty. The chocolate tower, inside filled with fruity mousse, gave a very strange combination of tastes on the palate: bitter sweet from the melting chocolate with sour and salty from the foamy mousse. It was not a pleasant dessert.

After these 19 Amuse-Bouche dishes, there were still petits-fours, as well as a wide selection of top quality chocolates and truffles. The chef definitely made an effort to make sure that every customer leaves the restaurant with a full stomach!

The service was very friendly and professional. Most of the servers speak English, sufficient to communicate and explain each dish to you. They were patient to answer all our detailed questions, either regarding particular ingredient or regarding the chef and the restaurant in general.

The chef, Dieter Müller, came out of the kitchen and visited each table during dessert time. Our friendly English speaking server even accompanied the chef to our table to ensure that we could have a smooth conversation with the German speaking chef.

Open Tuesday to Saturday, both lunch and dinner.
Holidays two weeks in January and three weeks in August.

The Amuse-Bouche Menu is only served for lunch. Please request it when making your reservation.
If you want a luxury holiday to accompany your extraordinary meal, you could stay in this hotel, Schlosshotel Lerbach, which costs around €300 per night. The owner of this hotel is also the owner of Schloss Bensberg, another castle hotel nearby with a Michelin 3-Star restaurant, Vendôme.