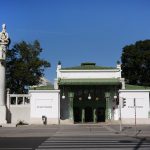 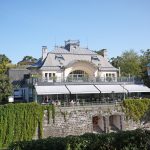 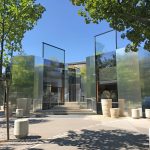 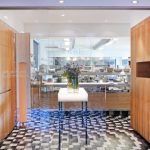 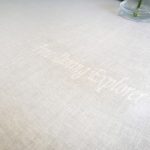 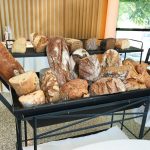 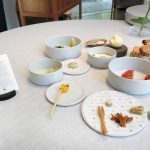 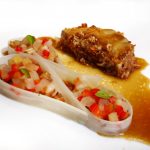 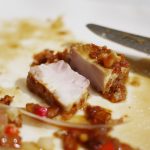 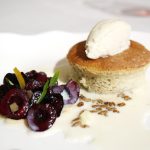 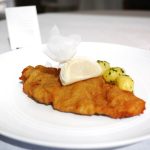 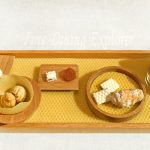 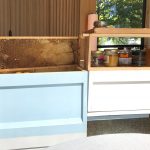 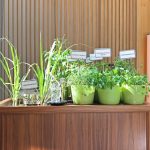 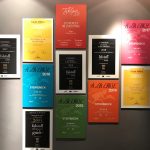 How things change! When I first visited this restaurant, back in 2010, it was the only fine-dine place in the whole of Vienna which attracted international attention. And that was only because it had recently entered the World’s 50Best list. Today, things are different. Very different. In less than a decade, Chef Heinz, together with his wife Brigit, have elevated the restaurant to a new level of recognition. Chef Heinz has celebrity status and his tables are booked months ahead – often by international diners prepared to fly half way across the globe to have a meal here. The building has had a major face lift, too – it’s now a very stylish structure, with a neo-rustic dining area opening into the park.

I prepared for this second visit with very fond memories of Heinz and Brigit: their warm and welcoming manner; their energy; their willingness to explain the concept behind each dish. Sadly, those days are gone. Like so many before him, Chef Heinz has turned his restaurant into something more akin to a production line than a place in which to enjoy a dining experience. Perhaps Heinz still shows his passion in the kitchen, but such enthusiasm certainly seems to be lacking in Brigit at the front of the house. But maybe this shouldn’t be a surprise. After all, as I always say – the best time to visit a restaurant is when it’s still struggling for recognition.

Too late for the tasting menu…

But back to my visit. It was a sunny afternoon, and I arrived punctually for my 1pm booking. But there were no parking spaces left. So, leaving my car temporarily outside, I nipped into reception for advice, where I found Brigit, looking at me as if she thought I was lost. I said hi, and mentioned that I’d been here ten years ago and it was nice to be back. I realise, of course, that she could hardly be expected to remember me, but I must admit I expected more than what I got, which was just a blank stare and a request for the name of my booking, to confirm that I have actually did have a reservation. I gave her my name, and then asked where I could park my car. She told me I had to go back out of the park, cross the major junction, find the hotel there and park in its underground facility. This was charged by the hour.

Less than half an hour later, after I’d met this challenge and returned, I settled down and ordered a glass of champagne. This was served by Brigit, who also gave me a menu. As she handed this over, she told me, matter-of-factly, that I was too late for the tasting menu, and would have to order the 3-course set lunch. Well, I suppose if I was too late, then I was too late, and it was reasonable that she should tell me so. But it would have been nice if she had at least made an effort to sound sorry that I’d come all this way, and was only late because they didn’t have enough parking spaces for me. She didn’t, though. She seemed not to care. I was disappointed, but did I make a big deal out of it? No. Why would I ruin my own experience? Instead, I simply gave Brigit a big smile, and told her that I was sure the 3-course lunch would be every bit as interesting. Unfortunately, however, it wasn’t.

An uninspiring meal served by an unpassionate team of staff!

The service was pretty quick, though. My table was soon crowded with amuse bouche – tomato soup, mushroom and eggplant, traditional dumpling, sweet pepper and trout – each with its own card. That’s something that’s both different and fun about Steirereck – when a dish arrives, the staff place a card containing historical notes and interesting facts about it. Chef Heinz has been doing this for more than a decade and he’s now got a collection of over a thousand cards. He was the first chef in the world to provide such detailed information about each ingredient, and for every single dish – and even now there’s only a handful of restaurants in the world that do it. Great educational touch! Another imaginative touch – unique, I think – is the table cloth bearing the guest’s name (see photo). This is achieved by printing the name on paper and placing under the cloth to give a watermark effect. Very clever!

Now to the 3-course lunch. I wanted something unusual, so I picked the deep-fried calf’s brain, which came with salsify and tomato, and was coated with buckwheat. The texture was similar to sweetbread but a bit softer. Result? Small, but enjoyable. The choice of main course wasn’t so easy as they all looked equally ordinary – the usual fish and meat – but something did catch my eye. It was the classic Viennese specialty, Wiener Schnitzel, a dish you find everywhere in this city. Naturally, I expected it to be Chef Heinz’s modern take on a traditional local food. Brigit took my order, and, as she did so, I ran my choice by her to check that I’d selected something interesting and different, as I’d missed the tasting menu. She said I had.

But she was, in my view, wrong. Sadly, chef Heinz’s idea of Wiener Schnitzel was simply a piece of breaded and fried veal cutlet, just like the ones you get (at tenth of the price) from a take-away. The only difference was that chef Heinz’s was a bit more greasy. I find it hard to believe that Brigit allows such an uninspiring dish to be served as a main course to someone who has made a special trip to their restaurant! Definitely not impressed!

Usually, I wouldn’t pick a simple soufflé as a dessert – I can make it at home myself. However, as there was nothing more interesting on the menu, I decided to go for it. Billed as a sunflower seed soufflé, served with pickled cherries using Argentinian verbena, at least it promised a slightly unusual take on the familiar recipe. Unfortunately, it turned out to be something of a let-down. True it was airy and eggy, and perfectly done, but the sourmilk ice cream was more like ice than cream, and had very unpleasant flavour. Oh, and in case you’re wondering about Argentinian verbena, it said on its card: “Closely related to lemon balm, this fast-growing plant has a sweet spearmint like flavour. It’s high level of oil makes it an excellent tea plant whether fresh or dried. From Steirereck’s garden.”

The meal ended with a honey-themed petit-four trolley, reminding me of the signature dessert of Attica in Australia. I must say I enjoyed the fun touch that had been added to the trolley – a realistic sound effect of buzzing bees! And you couldn’t complain about the wide selection of fresh infusions available from the tea trolley – mint, pineapple mint, orange mint, verbena, lemon balm, basil and stevia.

There’s not really a whole lot I can say in summary. After all, I didn’t have the tasting menu I went for. But, based on the 3-course lunch, an uninspiring meal served by an unpassionate team of staff, it’s not a place I’d recommend you go out of your way to visit. Not awful, just not special.