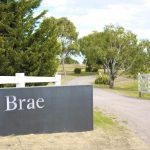 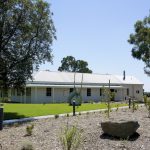 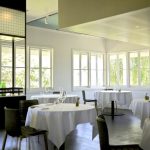 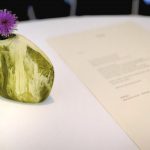 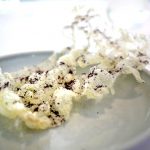 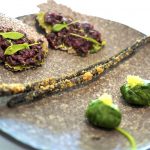 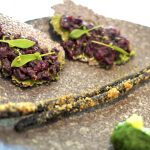 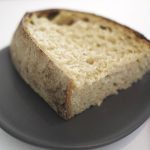 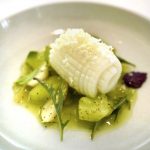 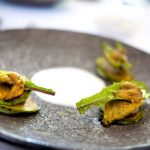 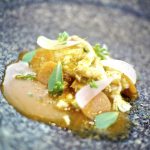 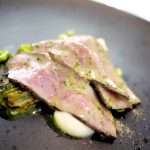 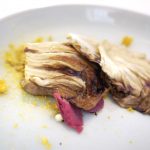 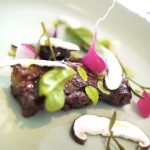 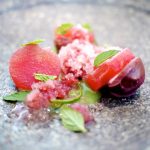 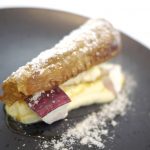 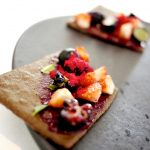 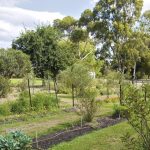 Image 1: Review contributed by DWB. See here for full version.
It was a sad day when Dan Hunter announced his departure from the Royal Mail Hotel in June 2013. I had such fond memories of his jerusalem artichoke and heirloom tomato dishes from my visit back in early 2011. However, it wasn’t long before Hunter announced the great news we were all waiting for. He was taking over George Biron’s Sunnybrae restaurant and cooking school to realise everything he had always wanted to do.

Image 2: Located only 130km west of Melbourne, the sleepy village of Birregurra is a far more accessible location than the Royal Mail Hotel and only a stones throw away from the majestic Great Ocean Road. It didn’t take long for me to check the new premises out after opening their doors in December 2013. As you pass the gates and make your way up the driveway, meandering around the organic vegetable patches, fruit trees and olive groves, you soon find yourself arriving at a beautifully restored white cottage from the 19th century.

Image 3: The space inside reflected Hunter’s philosophy of respecting nature and at the same time it was obvious that no expense was spared for quality. You could appreciate the craftsmanship that went into everything including the steel framed stations that had been forged by hand that were as aesthetically pleasing as functional. The large windows with spectacular views across Hunter’s garden invited a flood of natural light, exposing the beautiful dark floorboards that contrasted against the cool white walls.

Image 4: The front of house lead by the very knowledgeable Simon Freeman was remarkable from start to end, without a single hitch throughout our 3.5 hour meal. And just like Freeman, many of the members that form the Brae brigade had followed Hunter from the Royal Mail. That speaks volume and I could see why. As a restaurant striving to be as self sufficient as possible, seasonality and locality was at the heart of their motto. The one tasting menu option was therefore sensible and appropriate.

Image 5: The first of our four snacks commenced with puffed up airy Beef tendon and mountain pepper. The native mountain pepperberry gave it a nice level of sweetness to start with and an aromatic peppery aftertaste. Great use of a native bushtucker.

Image 6: The rest of our snacks were then presented to us on one plate starting with my wife’s favourite, the sweet, juicy and fragrant Prawn, nasturtium, finger lime on the right, followed by the sweet and savoury Burnt pretzel, treacle and pork, and finally the Wallaby and flax, lemon myrtle and wattle on the left.

Image 7: The wallaby was sourced from Flinders Island and prepared as a delicious tartare with mustard oil, presented on a flax seed cracker. Just based on these four bite size morsels I felt Hunters cooking had evolved from my visit back in 2011. It felt natural, unfussy but most importantly delicious.

Image 8: The award for the best home made bread goes unquestionably to Brae for their home made crusty whole-wheat sourdough that was baked in their brick oven around the back garden. It was accompanied by a fresh acidic butter that was churned every day on site. A lot can be said about a restaurant that firstly bakes their own bread and secondly executes it well. Whilst it was not quite at the same level as Mikael Jonssons in Hedone, it wasn’t far behind it and certainly put most restaurants in Australia to shame.

Image 9: Our first course main course of the Calamari and pickles was perhaps our least favourite. But let me put that into perspective. The dish was not at all bad, but we felt the perfectly cooked silken calamari was not really necessary on the plate. The pickled turnip, cucumber, rocket, basil and fennel, dressed with shavings of horseradish, grated eggs and a cucumber/daikon sauce were delicious on their own and a vegetarian dish would have been very welcome on the menu.

Image 10: Our second course of the Short fin eel, sea urchin, zucchini and macadamia left no room for any complaint. The smokey eel mousse married beautifully with the sweet Tasmanian sea urchin that sat on the slice of zucchini; all eaten in one go after swimming them in the sweet and creamy macadamia milk. What’s more, I could not get over how good the quality of the Tasmanian sea urchin was. Superb!

Image 11: Another faultless dish was the Southern rock lobster cooked with carrot, white onion, sea butter. What I loved here was that none of the part of the lobster went to waste. We got to try and contrast the tail and head of the lobster that had been poached in Hunter’s home made sea butter. The concentrated flavour of the sea truly brought out the delicate flavour of the lobster, something which I think is often lost, and the varying textures avoided this dish from become one dimensional. Could this meal get any better? Oh yes….

Image 12: The star dish of the day was the Dry aged jumbuck, beans and lettuce. The wafer thin pink slices of the aged jumbuck was unlike anything else I had previously tasted. It surprisingly had so much more flavour than I expected and worked well with the salty and herby anchovy sauce, broad beans and chargrilled lettuce. Three slices was perhaps bordering on torture, for I could have done with the rest of that sheep on my own! I may possibly need to visit the Grampians again…

Image 13: I personally didn’t expect much from the Charred radicchio, duck offal, native currants but I was proven completely wrong. I expected the duck offal to be too strong in flavour. In fact, the duck liver parfait was delicious with the charred and brined radicchio and the locally foraged currants, and was complemented with the classic combination with the freeze-dried mandarin powder. A definite twist to the classic duck a l’orange!

Image 14: On to our final savoury course of the evening with the Grass fed wagyu, rock samphire, Otway shiitake. The local shiitake served raw and also cooked in mushroom stock were served with a glazed short rib cut of wagyu from Robbins Island in Tasmania. As with the other dishes, it was not too heavy or rich and the verbena added a refreshing citrus note.

Image 15: A clever light and pretty dessert of the Watermelon, quandong, rhubarb and rose to begin our sweet segment. The watermelon had been infused with rhubarb and rosewater syrup, served with a granita of the mixed syrup and quandongs that had been stuffed with sweet beetroot mousse. I was surprised to find out that the refreshing green sauce was made from snow pea, it worked well. It was a celebration of fresh local produce, relying purely on its natural sweetness.

Image 16: A very worthy contender for best dish of the day was the finale of this superb meal with the Parsnip and apple. The parsnip had been baked in aluminium foil over three hours before the flesh was separated from the skin. The skin was then deep fried to a lovely crisp texture whilst the flesh was mixed with butter, cream and apple to make the bed of mousse. The apple chunks provided a surprising element as, although on first look they appeared fresh, they were freeze dried providing an interesting honeycomb like texture.

Image 17: Some Berries and blood biscuit to go with our coffee which was supplied by St Ali, one of our favourite Melbourne coffee institution which Brae had teamed up with.

Image 18: It had been a while since we had eaten Hunter’s food but I felt his cooking style in Brae was much more expressive and personal than I had seen at the Royal Mail. The food had also become much more refined in its execution and flavours, and I was pleased to see an even greater reliance on local produce and ingredients including the often overseen bushtucker. To top it off, the front of house under Freeman were superb and impressingly absent of any faults, which would often be expected with a new operation.