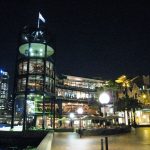 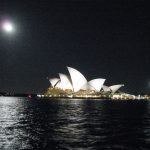 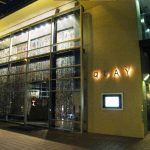 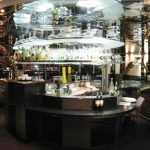 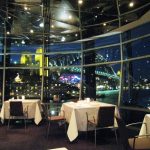 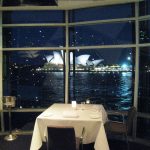 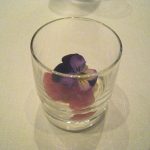 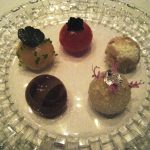 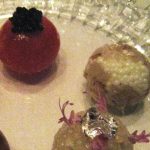 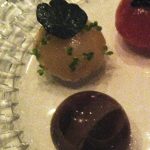 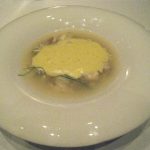 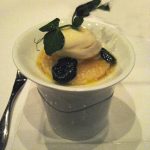 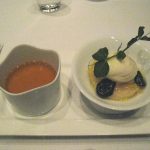 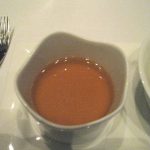 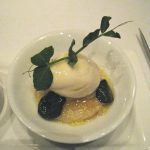 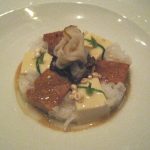 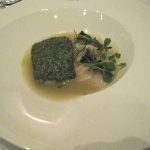 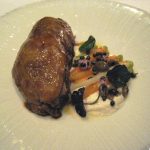 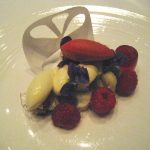 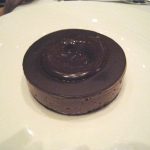 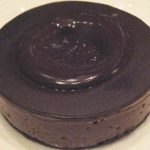 Image 2:
It's hard to find a restaurant in Sydney with better view than this.

Image 5: Fabulous view! Our dining area was surrounding by floor-to-ceiling window taking full advantage of the view with Sydney Harbour Bridge on the left...

Image 6:
...and Sydney Opera House on the right.

Image 7: Amuse-bouche of smoked tuna and tapioca with cream cheese at the bottom.
Their à-la-carte seemed to be much more interesting than their 7-course Signature menu. All items in the Signature menu could be found in the à-la-carte anyway, so we did some mix and match ourselves!

Image 10: Then, jelly ball of abalone consommé, and finally scallop with lime and crème fraiche. The best part was the consommé jelly where the abalone flavour was intense. This Sea Pearl course was attractive for the eyes, but not on the tongue!

Image 11: This Mud Crab Congee dish was not on their Signature menu but we were curious to try a Chinese inspired dish in a western cuisine. It was a thick mud crab broth with rice porridge on top. The crab flavour did come through this time. Not a bad course!

Image 12: We ordered Five textures of Southern rock lobster which was again not on their Signature menu. We thought it was gonna be a dish dominated by lobster meat, but surprisingly, it came in a bowl with two layers!

Image 13: Don't let the name, the price, or the two-tier-bowl fool you! There were two, yes just two, tiny bites of lobster meat in this dish!!!

Image 14: Lobster consommé with lobster custard underneath. So two textures here. The broth had a strong flavour but the custard was just like a bland tofu.

Image 15: Then the second part. Sitting on top of the lobster tapioca ravioli was a layer of lobster tail meat topped by a quenelle of lobster velvet. So three more textures here. We could taste the bland tapioca; we could also taste the bland egg white; but other than the extra thin layer of actual lobster meat, I didn't sense any lobster! Quite disappointing.

Image 16: Crispy pig belly skin was excellent; the soft crunchy abalone was brilliant; but when eating them together with soft smooth silky tofu was an unpleasant textural contrast. The tofu ruined the whole dish!

Image 17: Resting in an innovating green tea and seaweed consommé was a parsley crusted Bass Groper accompanied by braised baby abalone, periwinkles, sea scallop, winter melon, and hasuimo. The fish was a bit dried out, but the broth did help out.

Image 19: Moving on to the last round, a light fruity dessert contained raspberries, violet, almond and vanilla cream.
The meal wasn't great at all. We both agreed that the view here was much more impressive than the food.

Image 20: We were looking forward to this dessert throughout the meal - Eight texture chocolate cake featuring Amedei 'Chuao'. Again, not from the Signature menu. Chuao is an exclusive cocoa from Venezuelan with a slight red fruit flavour without the usual bitterness of dark chocolate.

Image 21: Sandwiched between a layer of chocolate sponge and a thin disk were chocolate mousse, meringue, ganache, hazelnut praline, and whipped milk chocolate. Then they poured in a warm melting fragrant ganache as the 8th texture. At least they had this incredible heavenly dessert to finish a rather disappointing meal!