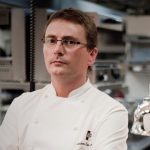 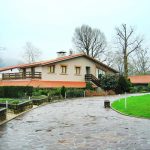 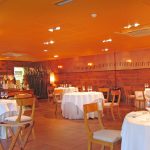 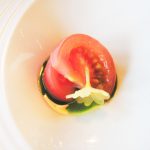 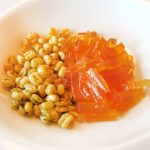 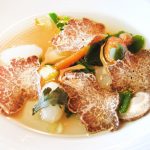 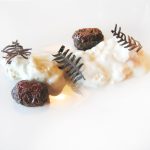 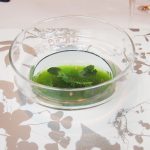 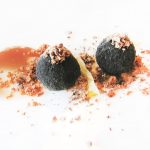 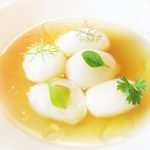 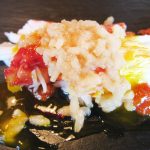 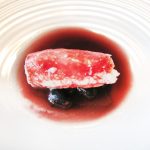 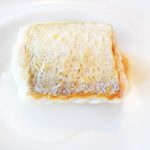 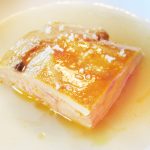 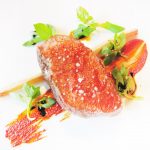 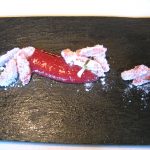 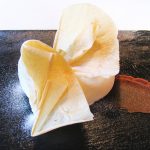 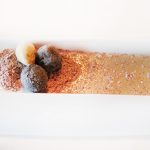 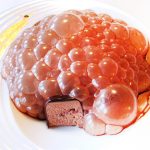 San Sebastian is renowned as a gastronomic wonderland, with more Michelin stars per capita than any other city on earth. As fine dining explorers, it is inevitable to make a journey to this world’s hottest culinary destination. Using molecular gastronomic techniques, yet able to capture flavours of natural ingredients, Mugaritz definitely sets itself apart from the rest.

Andoni Luis Aduriz, at the age of just 35, became one of the most recognised Spanish chefs. He has apprenticed at El Bulli, Arzak, and Martin Berasategui. He used to pass Arzak on the school bus every day and wondered if he’d ever go inside. Considered as the future of Spanish cooking, he now runs a team of 25 with an average age of 28.

Aduriz takes a scientific approach to cooking. He likes to get to the root of things by understanding what is behind the raw material and tracing it back to its very origin. He had even spent two years at a liver research clinic to study the function and composition of this organ. He later applied his research findings to foie gras and has been consequently crowned as the “foie gras king”.

Going beyond the Basque tradition, this culinary wizard’s cuisine is best described as molecular with an ingredient-driven cuisine. Each dish is refined and flows in harmony just like a poem.

The visit was before the fire incident which nearly destroyed the restaurant.

This house, located 13km from San Sebastian, mesmerised me more than any other restaurants we have been too. The setting is rural yet contemporary; it gives us an illusion of simplicity yet we can notice original touches everywhere.

Hanging on the wood-beam wall, there is a row of letter “m” to denote both “Mugaritz” and the “mmmmmm”, a sense of something delicious. On each table, there is an iron pendulum made of a spoon and a fork, as well as two greeting cards for each diner to choose at the end of the meal — “150 min of suffering!” and “150 min of contemplation!” We can immediately feel that an extraordinary dining experience is about to begin…

We ordered the 11-course “Menu Naturan” for lunch, characterised by the abundant use of seasonal ingredients, herbs and spices. Our meal was accompanied by a bottle of As Sortes Val do bibei 2005. This Spanish white wine has an intense aroma of green apple with good acidity.

Two amuse-bouche courses were offered. The first one was tomato wedges and spinach consommé, the simplest course we’ve seen in a Michelin star restaurant; the second one was, on the contrary, received a big “wow” from both of us. First, a plate with Soya beans and vegetable jelly were presented to us; then a white tuna consommé was poured into the plate. Despite the simplicity, it was absolutely a stunning dish! The contrast in texture between rice-crispy-like Soya beans and gelatinous texture was intriguing; the consommé was light and rich in tuna flavour. What a perfect way of starting a tasting menu!

Our first course was a hot vegetable soup. Again, it was indeed very simple, but we were surprised how delicious it was! A lovely arrangement of seasonal vegetables, namely carrot, radish, lettuce, mushroom and onion, were all mini in size and extremely fresh. Along with the four big slices of pungent truffle, the dish simply captured the true flavour of the nature. What an enjoyable first course!

The chef presented us with two different second courses, sheep milk curd and herb consommé. The sheep milk curd did not have much taste and it came with pumpkin glazed with savoury syrup. The herb consommé was indeed very special, in terms of its taste and presentation. It was an herb consommé, with a very strange and unpleasant taste. The bowl containing the consommé was put in a hole. I was told to lift up the bowl and hold it in my hands while eating this course. When I lifted up the bowl, I could see the description of this course through the hole. An interesting presentation, but was it too much a gimmick?

Our third course was potatoes and truffles with Tonka bean cream and potato flakes. Two marble-size potatoes were completely dusted by a black coating, made of a mixture of black truffles and brown sugar, topped by diced truffle. The sauce was made from charcoal Tonka bean – a South American bean that has a restricted use in the US as it contains coumarin. The potatoes and the sauce were both very bland in contrast with the rich aroma and flavour of the truffle. Another wonderful dish. It was such a creative way of highlighting the unique characteristic of truffle.

Two different fourth courses were served to us, gnocchi and crab. The Buttery Idiazábal Cheese Gnocchi consists of mini mozzarellas with contrasting vegetables surrounded in a salted Iberian pork bouillon. This cheese was a popular cheese from the region. Each glossy gnocchi was paired with a carefully chosen flower or herb. The bouillon was mild in order to focus on the distinct flavour of each herb. What an interesting course!

The crab was the best dish of our meal. Hidden under a thin rice cracker was crab and sea urchin with toasted saffron dressing. Every single element of this course was incredible, combining altogether to become one of the most brilliant dishes ever! The fresh flaky crab, the sweet creamy sea urchin, and the crispy rice cracker, offered a complete textural contrast. Especially when rice cracker was soaked with the stimulating saffron sauce, it was really a dish from heaven. This course was also very light, left you with a desire of wanting more. We would definitely be happy to eat a full meal of just one mega size of this dish!

Our fifth course was an elegant piece of local king crab cooked in goat’s milk butter, resting on top of few black beans, sitting in a thick black bean purée. This king crab was from this region in Biscay Bay. The sauce was very light, just a bit buttery, fully preserving the remarkably intense natural seafood taste of the king crab. Speechless!

Our sixth course was roasted hake in Mastic resin. The fish was extremely fresh with delicate flavour. It was perfectly timed that its soft flesh just melted in our mouth. The purée of Jerusalem artichoke underneath was mild which did not distract the hake, yet provided a different texture. The resin was a thick transparent sap from tree in certain area of Greece. It had a strange bitterness and was interesting with hake, but unpleasant to be tasted alone.

The seventh course was the chef’s specialty — a foie gras course. Grilled and poached roast duck foie gras with bomba rice and sea lettuce broth. We have been waiting impatiently for the foie gras king’s masterpiece. When the dish was presented to us, we almost dropped our eyeballs – a huge piece of liver, looked very raw. We comforted each other, saying that despite its look, the taste must be superb. So we took a deep breath and carefully put a small piece into our mouth. That small piece of liver made me almost throw up! Not only did the liver look raw, it tasted raw! We could understand the chef’s effort of focusing on the natural and pure flavour of the ingredient, but both the idea and the taste of eating an almost raw liver were disgusting. This dish definitely taught me how much difference various methods of preparing the same ingredient can make…

Two different ninth courses were served to us: milk sheets and an orange dessert. The milk sheets were crispy without much taste. The sorbet was creamy and tasty. The plate was extremely cold to prevent sorbet from melting. The other dessert consists of frozen orange peel with a cold tangerine syrup. It was a very simple, original and refreshing course.

The tenth course was rather an unusual dessert: cocao, star anise and menthol. It was just surprising to see a Chinese spice appeared in a dessert. The menthol liquid gave a fabulous cool-tongue sensation but left a pleasant aftertaste. The menthol sorbet, mixed with cocao and star anise, was revitalising.

Our last course was a real dessert, a moist chocolate cake. The presentation, with a dome of bubbles was exquisite. The moist creamy chocolate cake combined with a sweet almond cream was a satisfying way to finish this amazing 11-couse tasting menu!

Our petit-four was a small box of chocolate with roast hazelnut, a wonderful after-meal snack.

We initially felt a bit uneasy as we were the first ones to arrive. The friendly and attentive servers quickly put us at ease. Before the meal begins, a warm towel was supplied to clean our hands; and a small bench was placed for ladies’ handbag. Handy supplies in the washroom, such as toothbrush, and even tampon in the ladies, showed the most attentive and personal care to diners.

Since one of us had requested a meal with less dairy products, the chef paid meticulous attention to our non-milk and non-cheese dietary restrictions. He prepared substitutions for all the courses where a small trace of milk or cheese could be found, up to and including the ninth course. However, for the last two courses, no substitution was offered other than an empty plate. We don’t know if the chef ran out of creative ideas or he simply left the kitchen (it was about 5pm). To be fair, we should not complain, because the substitution for the fourth course alone, toasted rice with crab and sea urchin, was worth everything!

Close on Sunday evenings, Monday and Tuesday noon
Holiday in mid-December to mid-January