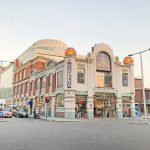 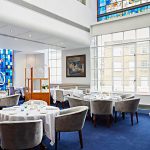 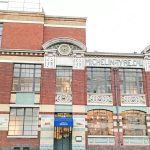 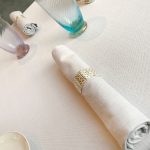 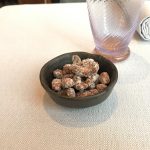 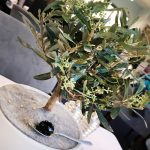 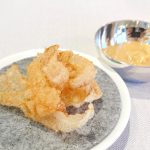 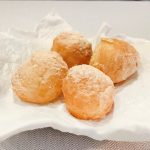 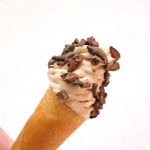 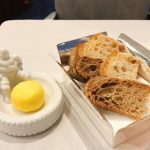 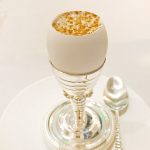 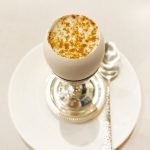 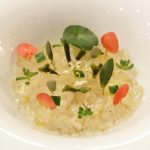 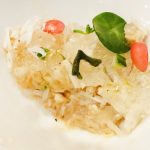 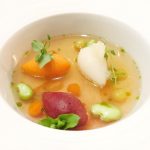 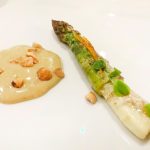 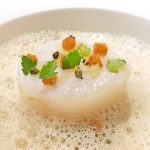 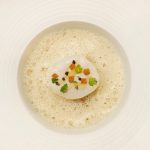 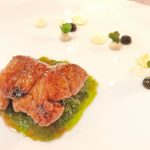 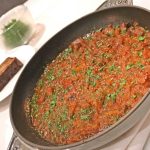 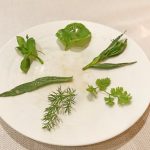 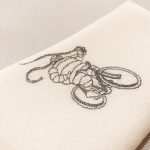 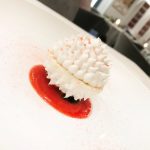 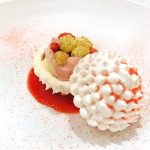 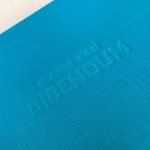 I’ve loved Claude’s cuisine since the time he was cooking at Hibiscus in Ludlow, more than 3 hours’ drive from London. In 2008, the restaurant relocated to London (off Regent Street) where the chef regained his Michelin 2-star within a year. He then, in 2016, relocated again to the historical Michelin house, featuring the Michelin man “Bibendum” (hence the restaurant name).  When he yet again achieved 2-star status, I guess it was no surprise that he raised his prices accordingly.

Even so, I couldn’t resist going back for the signature 8-course tasting menu. And some of the courses were addictive enough to make me want to come back again and again. It’s in Claude’s nature to have a modern and playful menu, with an array of fun amuse bouches, such as chicken skin with chicken mayo, and foie gras ice cream with cocoa nib. And the Mum’s tripe recipe cooked with cuttlefish, pig’s ear and ham, is definitely one of the best dishes you’ll find in London. True, it doesn’t sound over-appealing, but the soft, bouncy texture, combined with the depth of flavour in the sauce, almost enticed me to finish the whole tray of bread! It’s a course that will linger in my memory for a long while.  The other highlight was the sweetbread. With a beautifully caramelised crispy skin, and a lovely glazed surface, it came with gremolata and black garlic sauce. Another masterpiece of indulgence by Claude.

In contrast, though, there were a few mediocre courses which I think could be much better. The turbot, for example, was very bland, while the hazelnut Hollandaise dressing for the asparagus made it almost like a dessert! There was also the question of whether a single piece of asparagus served on plate should be counted as one of the eight courses. Really? Hmmmm.

In terms of service, the team was very formal and professional – they got the job done perfectly, even if the results lacked the personal touch. Each course was well explained, and the pace of service was comfortable. It was also nice that Chef Claude emerged near the end of the evening to chat with diners. But even though I love the food (well, most of it, at least), and I love the location, and it’s definitely one of the best restaurants in London, the cost is extremely high for what you get –  more, even, than Michelin 3-star Gordon Ramsay’s Menu Prestige (not that I think that that’s worth it, either). With that in mind, Bibendum’s not a place I’d return to in a hurry.