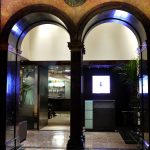 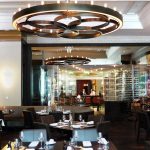 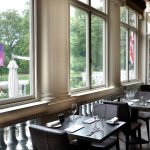 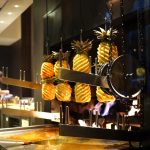 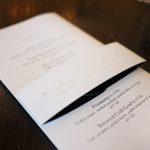 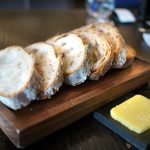 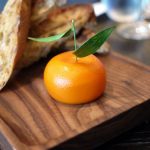 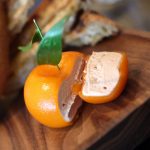 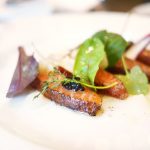 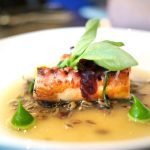 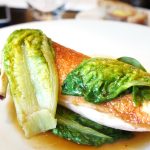 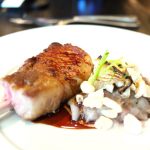 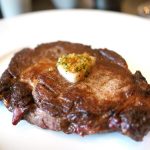 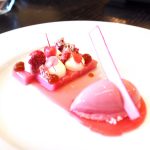 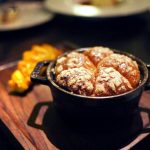 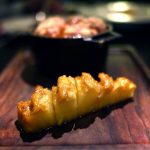 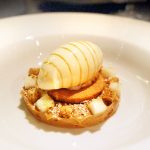 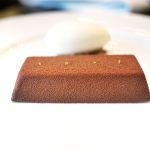 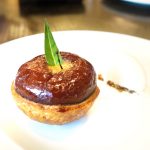 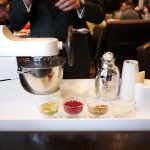 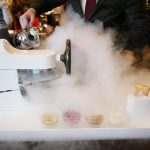 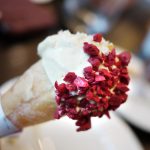 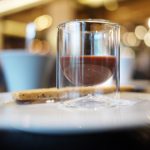 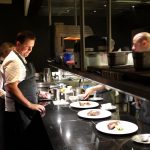 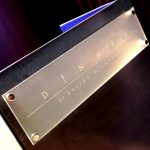 Image 1: It was last year that I had my first "dining date" with at his usual Sunday lunch spot, . Being an opportunistic diner like myself, I wanted something different this time and lucky enough, I managed to secure a last minute Sunday cancellation at what would usually be a 3-month booking!

Image 2: We were the first to arrive and just like our previous meeting, we both had no breakfast! The restaurant was located on the first floor of the Mandarin Oriental hotel. Although they have a huge main dining area…

Image 3: … and many small tables along the windows overlooking Hyde Park, the whole restaurant was completely filled up shortly after.

Image 4: Through the floor-to-ceiling glass looking into the kitchen, I already spotted the roasting pineapples which would be served as part of the Tipsy Cake, one of their signature desserts.

Image 6: Even before we touched the warm bread, we immediately ordered a few Dinner's classics and a few new creations just to get a feel of their latest menu. Like what Alan said in his , there has been enough written about this Heston's first restaurant outside Bray, so I will keep my writing brief and let my photos do the talking.

Image 21: To meet the expectation of diners in a Heston restaurant, a theatrical performance was unavoidable, but in fact, it was consistent with the historical theme. If you have been to The Fat Duck and read the little booklet that came along with the "Nitro-Scramble Egg", you should know this ideal method of making ice cream was invented by Agnes B. Marshall in 1901.

Image 22: So, liquid nitrogen was poured while churning which immediately froze the mixture and hence minimizing ice crystals. Here, vanilla ice cream was served in a cone which filled with a bit of Campari poached rhubarb.

Image 24: And finally, to go with our tea, a small stylish glass of Manjari ganache infused with Earl Grey.

Image 25: A quick visit to the kitchen area on our way out. Chef Ashley was very busy at the pass since the dining room was still completely full.

Image 26: The service was as smooth as it could be which was what I expected in any Mandarin Oriental hotels. After visiting here a few times and trying all their classic dishes at least once, no doubt I would consider it as a very decent hotel dining but it would be way too far a stretch for me to consider this as one of the World's best restaurants!