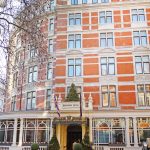 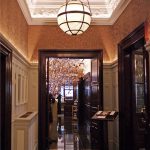 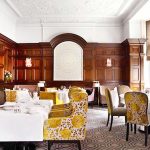 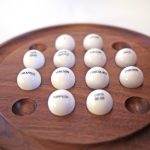 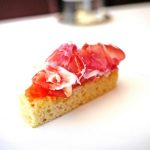 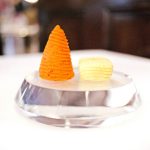 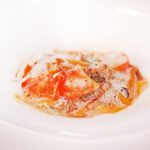 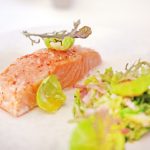 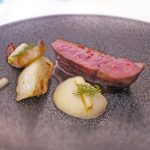 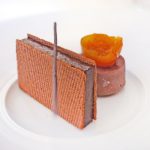 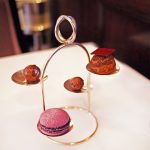 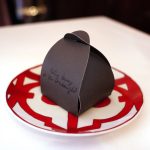 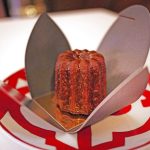 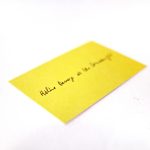 Image 1: Restaurants named after a chef are quite rare, and restaurants named after female chefs even rarer. So when you come across one, you know it’s likely to be something special. It’s to the good fortune of Londoners that, in 2008, Hélène, a Paris Michelin 2-star chef, chose their city as the venue of her first restaurant outside France.

Image 2: It’s located on the ground floor of the 200 year old Connaught Hotel in Mayfair.

Image 3: Not a huge dining room, perhaps, but it made full use of the available space, leaving just enough space between me and the adjacent table. The dominant feature of the room is a wooden wall panel, which has been retained from the original building.

Image 4: This is neat! The tasting menu offers a choice of 5, or 7, or 9 courses, and each ball represents a course. To choose your courses, you simply remove the balls you don’t want. However, since the 4-course set lunch was great value, I went for this instead of the tasting menu.

Image 6: There was a choice of baguette and simple country bread, and either unsalted or spiced pepper butter. Interesting presentation!

Image 7: My starter was a lightly-poached Ireland lobster with chanterelle mushrooms and chestnut and pumpkin cream. The cream had been baked, resulting in a silky, custard-like texture, and together with the crunchy chanterelle and fresh lobster, it made a simply amazing dish. The savoury-sweet balance was incredible – exactly right. My only complaint was it was too small.

Image 8: The fish course was a sous vide-cooked Scotland salmon, with smoked haddock roe along with bacon and cabbage salad. A simple dish, but the salmon was beautifully cooked - soft, moist, flaking and fatty. If I’m being picky, I’d say it might have been just a tad too salty, but - otherwise – it was perfect.

Image 9: It might have been a set lunch, but just one slice of Duck breast is a bit stingy isn't it? It was even more of a shame as it was beautifully cooked, with a deliciously rare centre, and accompanied by (Williams) pear and potato purée flavoured with fennel. The pear had been grilled with a honey glaze that created an intense and lovely charcoal aroma. The duck jus was crammed with great flavours, had a sweet finish.

Image 10: Dessert was Chocolate sandwich. Between the two wafers was dark chocolate ganache - on the side was a chunk of spiced shortbread bearing a Kalamansi citrus fruit.

Image 12: There was even a small gift to take home…

Image 13: …Canelé cake. Forget home - I was still hungry, so I had it there and then!

Image 14: Overall impressions? Despite the fact that the lunch menu left me feeling slightly peckish, it was a very enjoyable meal, full of classic French flavours. I certainly wouldn’t mind having any of the courses again. That said, I won't be rushing back – though if I do come back, I’d be keen to try the full tasting experience.