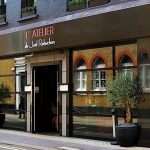 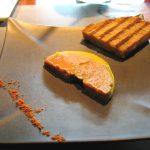 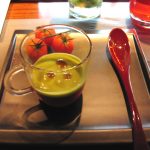 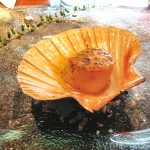 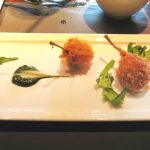 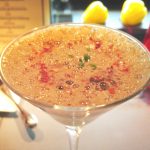 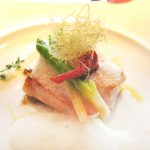 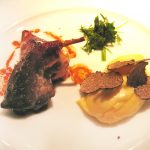 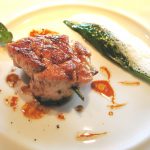 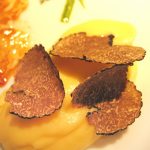 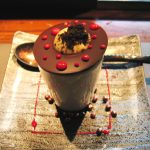 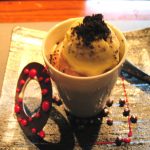 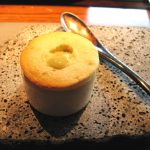 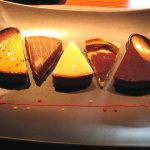 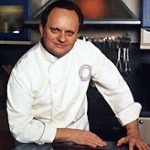 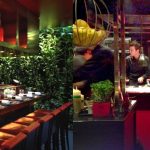 In 1981, at the age of 36, Joël Robuchon opened a restaurant in Paris, which earned Michelin 3-star within three years of opening. He has also been awarded the “Chef of the Century” by the Guide Gault Millau.

In 1996, the master chef retired at the peak of his career. After withdrawing from the restaurant scene for a few years, he opened a casual dining “L’Atelier de Joël Robuchon” in Paris. It became a very successful establishment with branches all over the world now. His fine dining restaurant, The Mansion in Las Vegas, was rated as one of the top ten French restaurants outside France. After the introduction of Michelin guides in Vegas, Tokyo, Hong Kong, and Macau, he now holds the most Michelin stars in the world surpassing Alain Ducasse.

L’Atelier de Joël Robuchon in London was opened in September 2006, located right next to The Ivy, a celebrity hot spot. The restaurant has three floors: L’Atelier is on the ground floor; La Cuisine on the second; and a bar at the top floor.

Robuchon’s culinary concept of L’Atelier (translating literally to “the workshop”) is to prepare the best product in the simplest way possible, live in front of diners. Hence, L’Atelier has an open-kitchen concept – kitchen in the middle and dining tables along the perimeter, just like a sushi bar. Black and red colours dominate the whole floor. Big jars containing different ingredients are placed at various spots in the dining room. What an original yet inexpensive decoration!

La Cuisine on the second floor is a fine dining area. Its menu is similar but with a more formal atmosphere. We found the concept of L’Atelier more innovative and intriguing. Needless to say, dining at L’Atelier is less expensive than La Cuisine. The bar at the top floor is only accessible by diners.

We both had the 8-course tasting menu (Menu Découverte). Our amuse-bouche was foie gras terrine. Although it seems a bit strange to have something that rich as an amuse-bouche, the top quality terrine plus a piece of warmly toasted bread definitely stimulated our palate.

Our first course was avocado on a vegetable fondant served in a transparent cup accompanied by fresh tomato on the side. I love avocado, but this avocado blended with vegetable gives a rather strange taste. Nevertheless, the tomatoes were remarkably fresh and tasty. We noticed that there was a big decorative jar containing these lovely tomatoes. It would be nice if we could have the whole jar…

Our second course was a scallop cooked in its shell with lemon and seaweed butter. Although we ate 2kg of scallops at home the day before, we still found this scallop amazing. The scallop was grilled just right with a distinct seaweed aroma and the butter was rich but still kept the natural beauty of the moist scallop.

Our third course was two drumsticks of frog legs. That was our first time to have deep fried frog leg in a non-Chinese restaurant. The batter was crispy and thin; the poultry-like meat was absolutely delicious.

Our fourth course was the highlight of the night: a martini glass containing a poached egg sandwiched between a parsley cream at the bottom and wild mushroom on top; finished off with mushroom foam and a touch of finely chopped parsley. We were told to mix all four layers before eating to let the runny egg yolk soak into the other three layers. The result was one of the best dishes ever! It was astonishing that Robuchon could use these simple ingredients to create such a divine combination!

Our fifth course was pan-fried sea bass in lemongrass foam topped with stewed baby leeks. It was good but just could not compare to the previous course. The lemongrass did a good job to complement the mild sea bass.

For our main course, there were two choices: quail stuffed with foie gras served with truffled-mashed potatoes, or calf’s sweetbread with sprig of fresh laurel. The sweetbread was just mediocre, especially compared to the quail. The tender gamey quail along with the foie gras was another amazing gift from the chef. Quail and foie gras paired each other brilliantly, confirming the living legend’s culinary talent. Robuchon’s signature side dish, truffled-mashed potatoes, was rather disappointing. We could hardly sense any truffle flavour.

Finally, the first dessert: chocolate mousse topped with a full scoop of white chocolate ice cream crowned with a thin chocolate disk. The plating for the first dessert was very pretty and the creamy rich chocolate mousse was fabulous. I am not a big fan of white chocolate, but still liked the white chocolate ice cream very much. Those mini-shiny balls on the side of the dish added an extra sweet and crunchy touch to this wonderful dessert. The second dessert, pistachio soufflé, was even better. After mixing the airy puff with pistachio sauce, the mild sweetness and fluffy textures were simply dazzling.

After having this 8-course menu, we were both completely full. Unfortunately, or fortunately, the chef prepared a more elaborate petits-fours for us consisting of five different tarts: Passion Fruit, Chocolate Caramel, Lemon, Cinnamon, and Coffee.

We now have been there numerous times, both upstairs and ground floor. They have a very young team of service staff but from our experience, they are knowledgeable, attentive, and very friendly.

Open 7 days a week, both lunch and dinner.