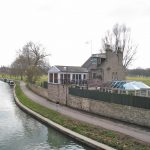 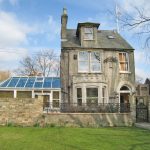 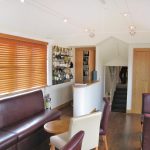 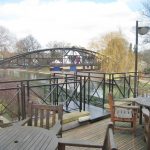 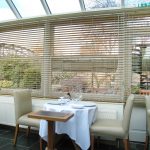 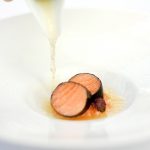 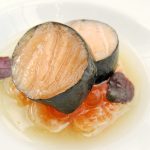 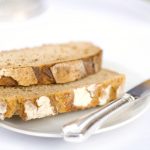 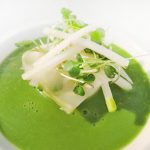 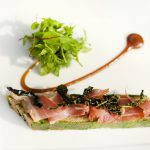 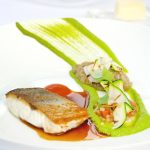 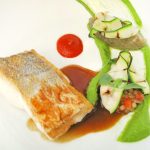 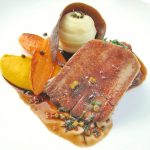 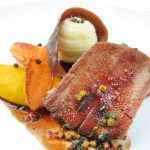 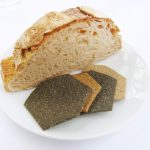 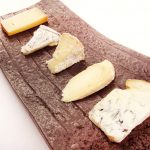 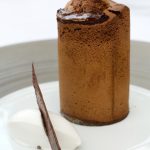 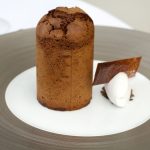 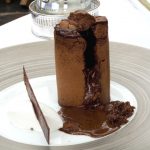 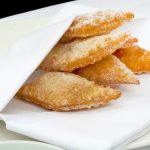 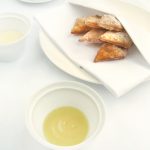 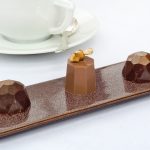 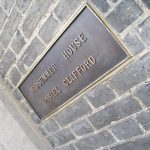 Image 1: From this angle, it looks fairly ordinary - a Victorian house situated on Midsummer Common, in the university city of Cambridge. It was taken over in 1998 by Daniel Clifford who had a plan to transform it into the best restaurant in town.

Image 2: Well, he certainly achieved his plan! Gaining his first Michelin star in 2002, he won a second star in 2005 and, today, it's one of the best restaurants in the country. If you’re looking for somewhere to enjoy a modern French meal using seasonal British ingredients – you’ve just found it!

Image 3: As we arrived way to early, we waited in the lounge area until they were ready for us.

Image 4: There’s a patio on the upper floor, looking out over the River Cam. A good spot to chill out after a long meal – especially on warm summer days.

Image 5: The restaurant isn’t unlike a small house with a big garden. The apple tree that stands right in the middle of this garden isn’t just decorative, it’s functional, too – we were told that about 100kg of apples were collected from the tree last year, and used for cooking purposes!

Image 6:
We ordered the 3-course lunch menu, and, after a short wait, our amuse bouche arrived...

Image 7: …a salmon tartar resting in a miso broth, and topped with a pair of poached salmon wrapped in seaweed. The freshness of the tartar along with a distinctly oriental flavour from the seaweed and broth made a pleasant start to our lunch.

Image 9: The first starter was a broccoli velouté with Stilton panna cotta, garnished with walnuts and matchsticks of pear. The sweetness from the creamy soup went well with the strong and silky stilton cream. Not sure the pear added much to the dish though.

Image 10: Our other starter was a terrine of confit duck, raisin puree, salad of chickweed and crispy cabbage. The cabbage provided extra texture to the terrine, making it rather like the crispy skin of roast duck. I found the terrine itself to be quite salty, but it was nicely balanced by the strong sweetness of the raisin purée.

Image 11: Our first choice of main dish was hake.

Image 13:
I hesitated to order the Ox Tongue as my main course, but finally decided to give it a try.

Image 14: It turned out to be a much bigger piece of tongue, than I had anticipated. It came with carrot, pumpkin purée and crispy capers - and I have to admit that it was actually a pretty tasty course (after I had forced myself not to think too much about the tongue!). The texture was like a fatty, well-marbled piece of meat. Not bad at all!

Image 15:
Bread and crackers for the cheese.

Image 19: If you’ve experienced Michel Bras' version, you would probably find this rather disappointing. The fondant biscuit was dry and the sharp kaffir lime totally ruined the heavenly chocolate. It seemed that we weren’t alone in this opinion, as we noticed that several other diners left their fondant untouched or half-eaten.

Image 21: …served with two traditional British dips: crème anglaise and apple compote – made (of course!) with home-grown apples from the garden. The pastries were light, sugary, and very tasty! Definitely one of the best items of the meal!

Image 22: Some petits fours to wrap up the meal.

Image 23: So, what did we think? Overall, we enjoyed our meal, though the dessert was a total let-down. The standard definitely wasn’t at the level one expects from a Michelin 2-star establishment. The portions were quite small, except for the tongue, and had it not been for the bread, we would probably have left still feeling rather peckish!