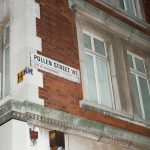 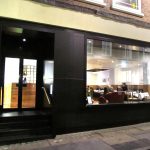 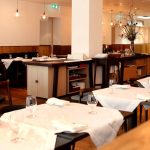 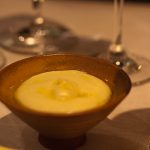 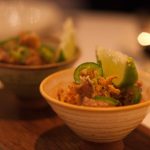 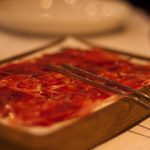 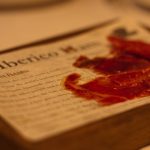 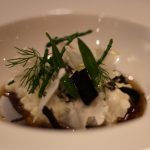 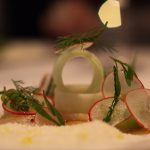 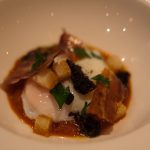 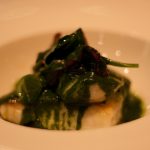 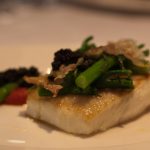 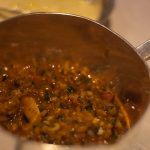 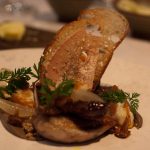 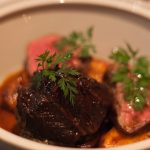 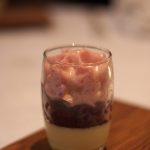 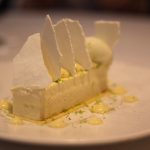 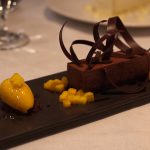 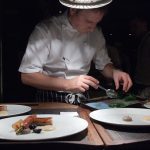 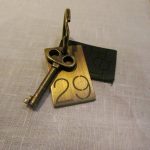 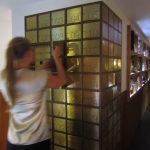 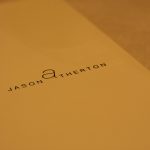 Image 1: The address of the restaurant is obvious from its name. Located on a tiny street next to one of the major shopping streets in the heart of London, Regent Street.

Image 2: It was back in 2010 that Jason resigned from his Executive Chef position at Maze and withdrew himself completely from Gordon Ramsay's empire. He now has multiple restaurants in both London and Shanghai.

Image 3: His concept here is to serve fine dining food in a bistro setting.

Image 4: Once we settled down, the warm bread arrived with a cod spread containing olive oil and garlic. Brilliant flavours to start. We had to try hard not to fill our stomach with bread.

Image 5: We ordered a selection of items from the a la carte menu which began with a crunchy fried squid served in small bowls. Slightly on the salty side though.

Image 6: Then a small plate of thinly sliced Iberico ham laid on a wooden board. Good amount of fat without being overly greasy and intense flavour without being overly salty. The tweezer was very difficult to use since the ham was thin and slippery. We ended up using our fingers.

Image 8: We could already sense the charcoalness from the smell as the course was approaching our table. Squid was finely chopped to resemble a risotto and mixed with tiny pieces of cauliflower. The seductive aroma actually came from the roasted squid jus at the bottom. Tasty course with a great texture combination. Clever dish!

Image 9: Covered in snow of lime and apple was scallop ceviche decorated with radish and a curl of cucumber on top. The balance of lime juice, sweet apple, and yuzu soy dressing was exquisite, but the texture of crunchy cucumber and apple completely ruined my enjoyment of the delicate and moist scallop!

Image 10: Now onto Jason's version of "Full English Breakfast" - Soft poached egg resting on tomato paste topped with a paper-thin crispy bacon, morel mushroom and mini croutons. We all expected more twists in this dish and were a bit disappointed. To top it off, the flavour was dominated by tomato paste!

Image 11: Since the dishes here were designed to be shared in small portions, we were able to try two fish and two meat courses. The hake was beautifully pan fried with a slight crispy surface and topped with cabbage, cod cheeks and smoked mussels.

Image 12: But the roasted halibut was ridiculously bland and both the sprouting broccoli and pork ham fat didn't provide much help either. The intense tomato sauce was the worst part and it was like having fish with ketchup!

Image 13: Similarly, the Catalan paella served on the side was again disappointing as it was way too salty.

Image 14: The meat course however did regain some of our confidence. An escabeche of quail served with chicken liver cream. Tender meat, creamy liver, and fun texture from the mixed nuts and seeds at the bottom. Definitely the best course of the meal.

Image 15: Another meat course of ox cheek with slices of sirloin and beef tongue serving on top of braised carrots, caper, raisin purée, and mashed potato. The cheek was fork tender but not much flavour inside, the sirloin was rather tough, and the mash at the bottom was overpowered by heavy dose of horseradish.

Image 16: A creative pre-dessert of Sangria mousse layered on blackberry granita and lemon curd. Wow! A nice surprise after the disappointing last course. Three different texture, three different flavours, but all blended together very well. Superb start to the dessert!

Image 17: A refreshing and fruity first dessert of lemon meringue. Too icy in the centre but otherwise a fantastic dessert.

Image 18: I always like a powerful finish and hence selected a chocolate pavé as the final dessert. Sigh… why waste such a high quality mango?! The cubes and sorbet of mango were sweet with great flavour but immediately overshadowed by the powerful chocolate.

Image 19: A visit to Jason in the kitchen before we took off.

Image 20: On our way out, we handed back the key that was given to us when we entered the restaurant.

Image 21: She then opened a locker to get a goodies bag for us containing a few petits-fours and tea bags.

Image 22: The meal obviously consisted of both hits and misses - a set of solid starters of ham and squid but followed by "ketchup halibut" and salty paella, then exceptional quail but tough sirloin as the main, ended with inventive Sangria pre-dessert but a poor chocolate-mango combo to finish. I will definitely revisit one day, but not anytime soon.