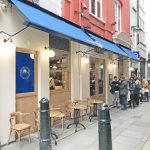 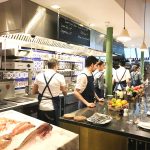 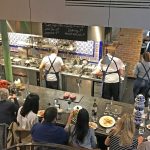 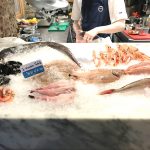 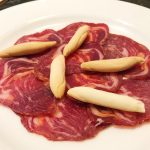 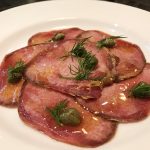 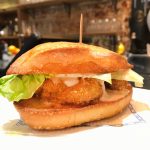 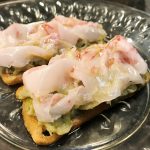 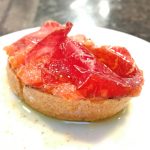 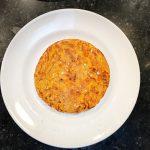 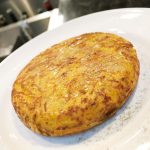 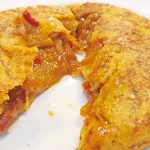 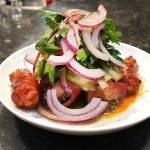 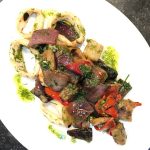 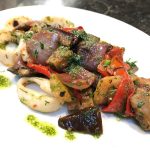 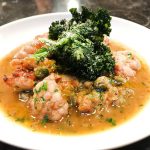 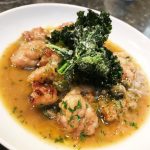 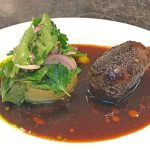 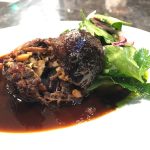 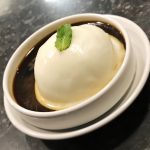 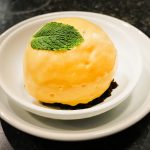 Finally, after more than 10 years at Barrafina, she opened up her own place! Who am I talking about? Chef Nieves, of course – a chef who, despite her new responsibilities, remains every bit as friendly as before, determined to engage in conversation with diners while monitoring her team closely. And not all that much has changed, restaurant-wise, either. The concept is the same as Barrafina – an open-kitchen tapas bar without a reservation system, so you have to queue on the day. Now, though, the menu extends beyond just tapas, to include regional dishes from across Spain.

As the menu wasn’t all that big, the two of us were able try most items. We started with the jowl with artichoke on toast and milk fed lamb sweetbread (which turned out to be the standout dish of the evening) and my favourite, the classic tortilla, which I always order at Barrafina. Unfortunately, it turned out to be waaay too salty here. We also tried the ox tongue, chicken oyster bocadillo and pan con tomate, all were flavourful and well prepared as I would expect.  We also had a couple of main courses. However, It soon became obvious that we’d over-ordered, so we decided to skip the final course (dessert). But we weren’t going to escape that easily – Chef Nieves insisted that we should try her special dessert, and brought us honey & saffron ice cream and goat cheese ice cream in a bowl of liquorice sauce.  Both were unique and extremely enjoyable.

In short, Sabor is a great alternative to Barrafina, with great food and a buzzing atmosphere. It’s true that you have to queue to get a seat, but you don’t feel rushed once you do, and the team was very patient and helpful in suggesting menu choices. The restaurant has now opened a communal table upstairs (reservations are accepted), where cuisine from the Galicia and Castile regions are served, using the traditional wood fired oven, or ‘asador’.