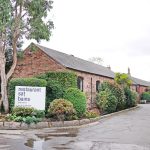 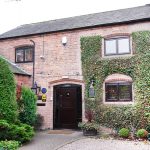 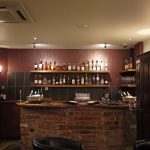 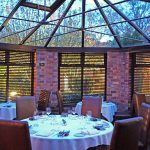 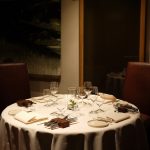 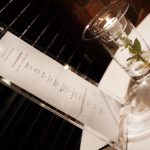 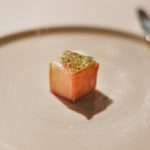 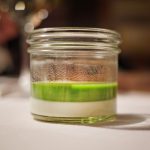 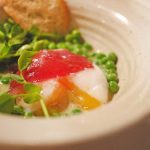 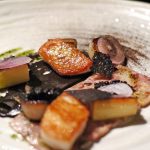 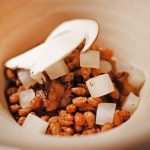 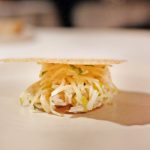 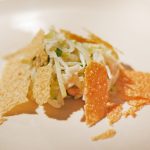 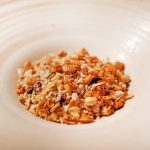 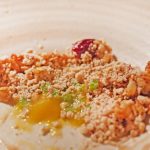 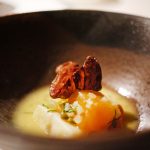 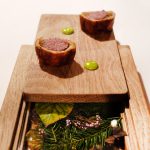 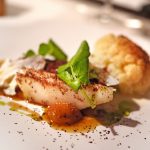 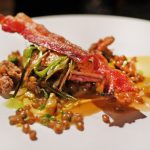 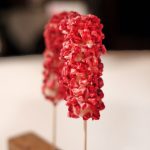 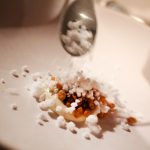 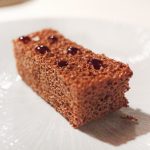 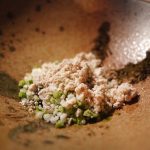 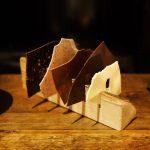 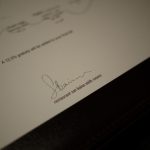 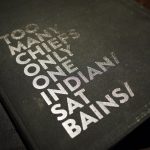 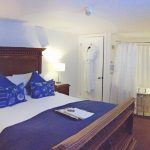 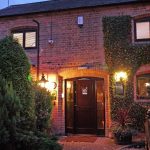 After staged in various Michelin starred restaurants in France, Sat Bains came back to U.K. in 2002 to take on a head chef role in Restaurant de Clos in Nottingham.  Winning his first Michelin star in 2003, he took over the hotel and restaurant two years later and have been cooking there since then. In 2011, the restaurant was awarded a second Michelin star.   The menu was creative with lots of little surprises.  The dish NG7 was a course dedicated to the local ingredients that every item on the dish was sourced within postcode NG7.  Most dishes consisted of many components but well balanced – Duck egg cooked at 62°C for 2-hour served with sweet peas and a pea sorbet, garnised with a ham crisp.  The yolk had a perfect sticky texture, the peas had a nice fresh sweetness, the ham had a deep saviourness, and the best part was the temperature contrast between the warm egg and the chilled pea sorbet.  My favourite dish has to be the chicken muesli, chicken liver granita covered in a layer of muesli.  Refreshing but rich at the same time, and the apricot purée underneath bringing in a fruit-sweet component.  Very seductive dish that I wished they served a bigger portion!  All in all, if you are in for an elaborate meal with creative dishes, worth a trip from London I would say.  Definitely stay in one of their lovely rooms and enjoy the breakfast the next morning before heading back.