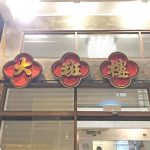 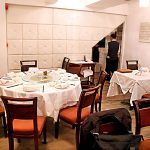 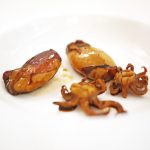 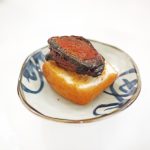 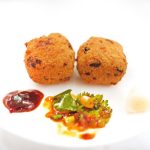 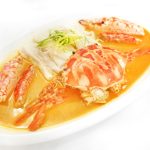 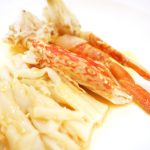 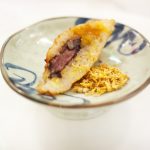 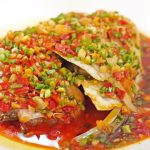 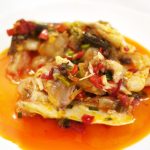 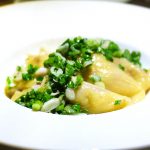 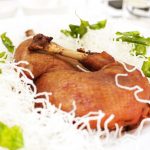 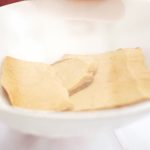 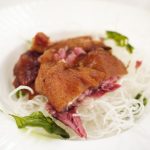 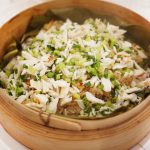 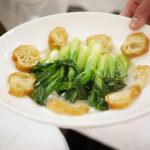 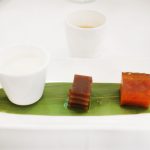 Away from the hustle and bustle of Kau U Fong, you’ll find a humble looking restaurant, gold and red lettering being the most ornate of its otherwise glass exterior. This is The Chairman, ranked #1 of Asia’s 50 Best restaurants this year, making it the first restaurant in China ever to top this list. It gained world recognition overnight; the waitlist to book is now up to the middle of 2022.

It may be a new name to foreigners, but The Chairman has been well known for many years to all of us who’re from Hong Kong. Opening in 2009, it has long been a staple for many who enjoy the fresh, modern menu. As a long term supporter, I am very proud of Danny Yip and his team for earning such a prestigious accolade, especially as it’s Cantonese cuisine – something that I grew up with.

It is very unusual for such a modest restaurant to rank high on 50Best (let alone number 1!)… there’s no fancy dining room, there’s no expensive silverwares, there’s no meticulous garnishes to dress up the plate, there’s no caviar or abalone, they don’t even do any marketing, and Danny is very outspoken on his view of a chef’s role. They have never aimed to be and are not an all out extravaganza, their role is simply to source fresh ingredients from the market every day and stay in the kitchen to cook good food for the customers.   And he made it clear that’s what all chefs should do.

Danny’s move to Hong Kong was in 1997. After spending a decade or so opening restaurants in Australia with his business partner Josiah Li, he decided never to open a restaurant again. Instead, after moving, he focused on a trading platform. So how did he find himself opening The Chairman a few years later? The answer is that Danny could not enjoy many of the Cantonese restaurants around him. In an interview with The Loop HK, he says that “I could not find a place that I really liked to eat at”, explaining that menus were limited and ingredients often cut corners in the sourcing. As such, in Yip’s establishment there is a focus on local ingredients and making sauces in-house. They also have a farm in Sheung Shui, growing things such as broccoli which is used among other sources for vegetables.

Yes, there may be visitors who walk out from The Chairman questioning why this is considered the best restaurant in Asia. Well, it is the subtlety that sets The Chairman apart from the thousands of other Cantonese restaurants in Hong Kong.  The extra bouncy and meaty texture of the fresh chicken meat (slaughtered in the morning, not chilled or frozen), the delicate texture of the steamed flower crab with Chinese wine, and for those who are not afraid of fish bones, the Garoupa head with Fermented Chilli is a traditional Cantonese classic not to be missed.  If you are lucky enough to get a reservation while you are in Hong Kong, this is the place to experience some of the city’s best cooking using quality, local, and seasonal ingredients.