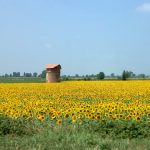 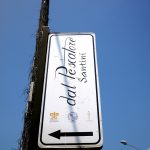 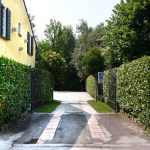 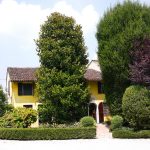 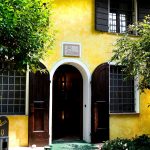 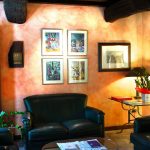 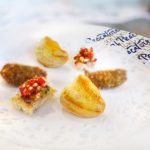 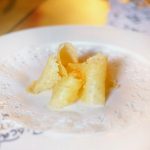 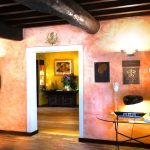 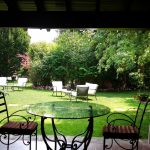 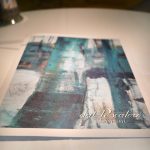 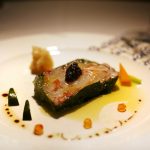 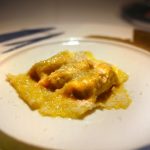 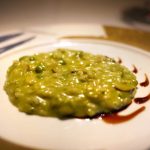 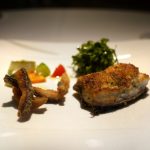 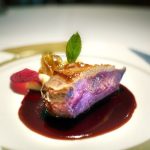 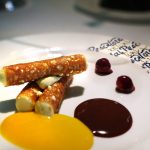 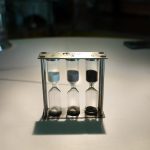 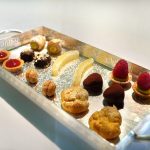 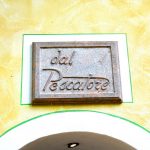 Image 1: It didn't take long for to realise I fully utilised every single meal especially on a weekend food journey such as this one. So after the spectacular meal we had at the night before, we skipped breakfast and headed northward into the Italian countryside. I knew Alan would prefer a traditional cuisine in contrast to the dinner, so I already had my route set in my GPS.

Image 2: You know we won't pick somewhere beneath Alan's dignity. So in less than two hours drive, just in time for an early lunch, there we were! Yes, another Michelin 3-star, but at the other end of the spectrum of Italian cuisine. And yes, we were spoiled, flew to Italy for two 3-star meals and back, all within 24-hour!

Image 3: After a short wait, the gate finally opened. As we slowly drove into the parking area, I gave Alan a final warning "As I promised to the restaurant when making this reservation, we will NOT take any photos during the meal." Without sign of reluctance, Alan let me confiscate his Lumix which I then safely locked into my suitcase. What he didn't know was I slipped my Lumix with a pancake lens into my back pocket.

Image 4: The restaurant was located in a remote village called Runate. Basically, there was nothing in this village other than fields and this house which existed since 1925!

Image 5: The restaurant was full of family atmosphere! In charge of the kitchen was Nadia Santini, the recipient of the Veuve Clicquot World's Best Female Chef award in 2013, along with her son Alberto who was also in the kitchen. Her husband Antonio was in charge at the front of the house along with Alberto's wife and Alberto's brother Giovanni was the sommelier.

Image 6: Knowing that the first guest has arrived and while the kitchen was still relaxed, Alberto came out to welcome us to the lounge area. A very cosy setting with the sofa, coffee table, and the paintings hanging on the wall. After a quick glance around, I recognized one of the painting. They were actually the menus from the past and I had the 2006 at home!

Image 7: After we chilled out a bit, they brought out a plate of traditional canapés. Since there was no one around to disturb, I immediately busted out my Lumix and started taking a series of photos.

Image 8: They came back with parmesan crisps and shortly after, Alan's Galaxy S5 also entered the scene!

Image 9: Since we had a flight to catch, once we finished with the amuse bouche, we got up and entered straight into the dining room.

Image 10: Our table had a good view of the garden. The ambience for dinner was much more intimate with spotlights illuminating various parts of the garden. It was here that I had my first Italian fine dining and that was eight years ago already. I knew I would come back here one day.

Image 11: I loved their huge A3 size menu. They only print 3000 copies of each design and individually numbered them on the back. It was served as a souvenir for guests to take home as a wall painting. The one I had from 2006 depicted sunflower fields of the region.

Image 12: The first course was one of Nadia's classic, a luxurious dish of lobster terrine topped with a generous amount of Osetra caviar. This course was all about the ingredients - freshness from the lobster, saltiness from the caviar, and drops of olive oil. A truly indulging course! And yes, I couldn't help to take a photo of this signature dish!

Image 13: For years, I was looking forward to coming back for the pasta course and here it was, a tortellini stuffed with of pumpkin, almond, candied fruit, nutmeg, cinnamon and parmesan. Perfect pasta with a great mix of textures from the nuts and fruits. The course overall was just a tad too sweet as a starter, otherwise, no compliant at all.

Image 14: Risotto of Vialone Nano rice. This short and thick grain variety had a good absorbent of liquid and was considered as the finest rice for risotto. Wow, the earthy porcini mushrooms, the grassy aroma of peas, the crunchiness of the chopped asparagus, and the hint of garlic, it would be difficult to find a better risotto!

Image 15: A traditional fried eel with pickled vegetable. Don't get me wrong, but as we were eating, it constantly reminded us of dish we had the night before. A totally different style, but we both would preferred Massimo's version any day!

Image 16: For the main course, resting on a glossy sauce of balsamic reduction was duck breast, cooked very pink, with traditional sweet preserved fruits. The sauce had a great depth of flavours and it paired well with the tender meat leaving my palate a nice balance of tangy sweetness. I particularly enjoyed the crispy skin with just a thin layer of fat!

Image 17: They selected three types of local cow cheese for us. At that point, my photo count was already beyond 80!

Image 18: There were a few choices of traditional dessert. However, they had trouble translating them into English. Yes, their English still has not improved much after eight years! I relied on Giovanni to pick something crunchy and crispy for me. So a croccantini filled with hazelnut cream, a couple of cherry, and I have also stolen some of the eggy sabayon sauce from Alan's dessert!

Image 19: A sand timer for the tea to measure 3min, 4min, and 5min. The tea I ordered included a small leaflet indicating 7min, so I should have timed 3min then 4min. Unfortunately I got carried away from taking photos of the petits-fours, I completely lost track of time. Oh well.

Image 20: We had to rush them near the end since I was concerned about my 5pm flight and the airport was 2-hour drive away! Still, I had to try every single item from this tempting array of petits fours: raspberry tart, candied lemon peel, truffle, amaretti, and hazelnut cookie. Excellent finish to a wonderful meal!

Image 21: Another Michelin 3-star revisited! Beautiful dining room, smooth and friendly service, though I prefer a more modern cuisine, but for a traditional Italian meal, this was possibly the finest you could get. A very satisfying meal, both for my stomach and for my camera. By the way, I ended up taking 120 photos, double the number that Alan took!