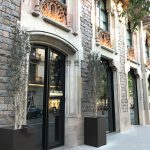 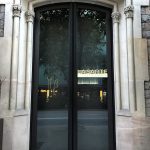 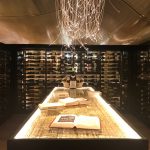 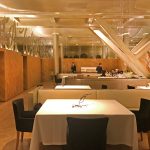 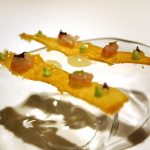 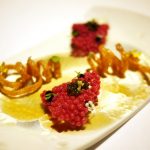 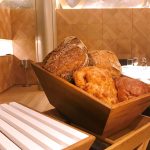 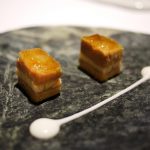 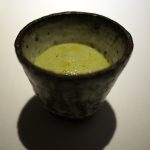 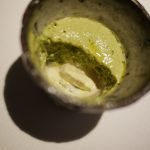 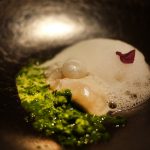 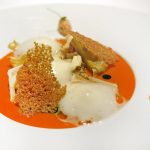 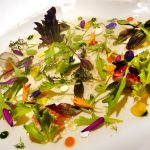 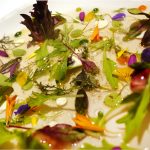 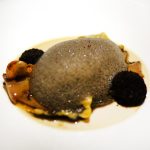 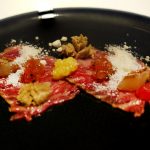 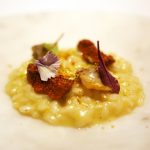 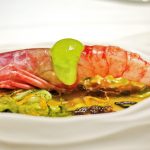 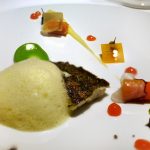 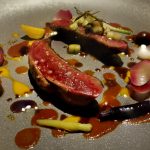 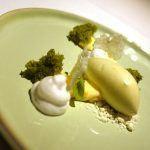 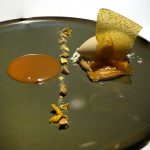 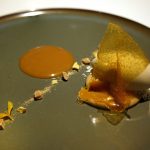 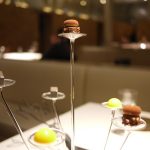 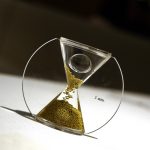 One of the worst Michelin 3-star meals I’ve had in an entire decade of fine dining was at Martin Berasategui, in Lasarte, a small town near San Sebastien. But everyone deserves a second chance, and, as he now runs a sister restaurant in Barcelona (which also has 3-star status), I decided to give Chef Martin another go, as I happened to be in town. It was nearly ten years since I’d last experienced his cuisine.

The restaurant is located in a (5-star) Monument Hotel. The class of the place was evident just from the almost celebrity-style dressiness of the people coming and going, so I was glad I wasn’t too shabbily attired – at least I was wearing a suit and tie. When it comes to restaurants in these kind of places, I tend to expect standard hotel fine dining, where the food might not be particularly memorable, but it’s at least very refined and served by a highly professional team. Well, on this occasion, my expectations were only half-right – the food wasn’t memorable. The half I got wrong was the half about the quality of service – it was pretty terrible, both unfriendly and inattentive.

The first signs of poor service weren’t long in coming. In fact, they appeared the very moment we arrived, as the staff were 10 minutes late in opening the door! But we weren’t alone – three other groups were also waiting. And when they did finally open, there was no apology or even explanation. Even more irritating, however, was the fact that, although the reservation had been booked and confirmed for three, we were led to a table for two! We had to stand in the middle of the dining room for 5 minutes, while they reorganised things so we could finally take our seats.

But, despite this disturbingly inefficient start to our meal, we were determined to stay positive, and our light chat while we were waiting didn’t touch on the poor start. Instead, we focused on our rather elegant surroundings. Although the restaurant isn’t big, there’s a well-stocked wine cellar behind the reception area, which opens up into a pleasant and airy dining room. The waiters were formally dressed, the white tablecloths perfectly pressed, and the silverware beautifully polished. The whole place seemed designed to impress – even the process of making a simple mocktail. To do this, two waiters had to wheel up a huge trolley to our table, before demonstrating in synchronised actions, with an almost theatrical performance, how they . . . well, mix juices, basically.

Anyway. Whatever. We decided to go with their recommendation – which was the full tasting menu, Chef Martin’s classic dishes. I quickly realised (with some relief) that the Chef’s cuisine hadn’t got stuck in time, and he was still being creative. The amuse bouche of fresh baby prawn with curry and tomato cream on saffron toast and the five flavoured butter (salted, mushroom, tomato, spinach and beetroot), as well as the bread trolley, were all very interesting and highly palatable, providing encouraging signs for the courses to come. We were all looking forward to them!

And, for sure, there were a few excellent ones among them. Particularly worth noting were the false truffle (a foie gras ball coated with mushroom powder to mimic the look of a truffle), and the charcoal grilled pigeon, which was soft and moist with a crispy skin and a nice hint of smokiness throughout. On top of these, there were some dishes which comprised an unusual – yet successful – combination of flavours. For example, the cup of cucumber and jalapeños peppers cream had pieces of razor clam on layers of liquorice ice cream, and was definitely the most interesting item of the meal, with its refreshing and elegant balance of spicy sweetness. And who would have guessed that a warm citric cream with risotto and sea urchin could make such a delicious combination?

However, it has to be said that, at this level, the meal was a long way from perfect. We were only half way through the meal, for example, when we all began to feel that it was becoming rather heavy, as we’d had so much sauce, foam, jelly and mousse! Also, the ingredients were disappointing: the oyster flavour was too mute, the beef tasted more fatty than beefy, the juice from the red prawn head was too noticeably bitter, the delicate fillet of Dover sole turned out to be tough and dry, and sprinkling crispy crumbs on thin slices of Wagyu completely ruined the characteristic melt-in-the-mouth feeling you expect from such an expensive beef. All these were either a poor choice of ingredients, or mistakes by the kitchen team.

In summary, there were hits-and-misses in our long menu, but it was decent overall. The service, on the other hand, was a different issue. It was, to say the least, poor. After failing to open on time, and setting up the wrong table for us, the team seemed to spend the entire evening with an I-want-to-go-home-early attitude. Admittedly, we’d ordered the longest menu, and were among the last to leave, but there was no excuse for the way we were treated. As I was finishing my last sip of tea, one of the managers interrupted our conversation, dropped a small box on our table, and said: “Here’s your bill”. He didn’t even bother doing it smoothly or politely. He was basically telling us to pay and leave! We all found this rather offensive, I have to say. Well, he had his way, because we left pretty promptly after that. But it’s the last time I’ll ever leave Martin’s restaurant, for the simple reason that I’ll never again be entering one!