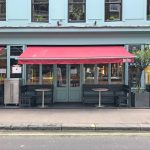 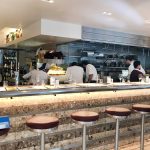 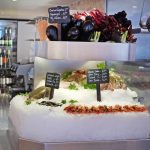 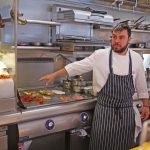 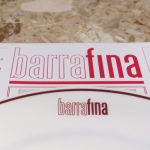 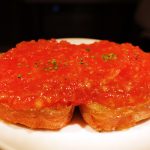 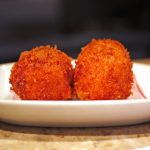 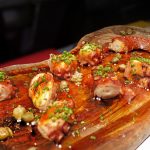 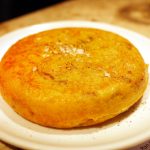 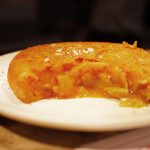 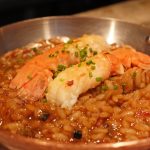 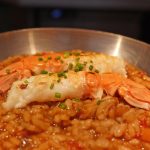 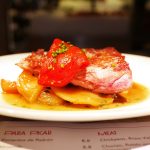 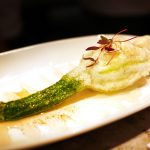 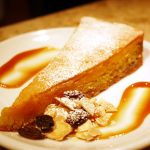 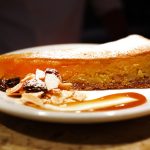 The global financial crisis of about a decade ago had wide-ranging effects, one of which was the emergence of restaurants with more affordable prices while delivery high-quality food experience by doing away with luxurious settings and excessively formal service. And the trend grew pretty rapidly. A few Michelin 3-star chefs immediately jumped on the bandwagon, for example, by not using table cloths and allowing staff to dress more informally, while the world’s most powerful restaurant guide decided to change its rating standard so that a casual counter seat tapas bar, operating on a walk-in basis, could get a Michelin star. Barrafina was one of the first to do so, achieving this status in 2013. Following this success, three more branches have opened in the city.

And they’re popular. In fact, there’s only one way to avoid a long queue – arrive at least 15min (or 30min on a weekend) before the doors open. Even then, you’re not guaranteed a sit straight away, because there are only 18 seats. So if your group isn’t among the first 18 – too bad: you’ll have to stand in the queue for at least an hour and a half before it’s your turn to enjoy a meal. It’s also worth noting that they don’t accept parties of more than 4 people – but if you can break it into two groups, they’ll try and arrange for both to sit together.

The flagship restaurant was originally in Frith Street, Soho, but it’s now moved to Dean Street. The Executive Chef was Nieves Barragán Mohacho, who left in 2017 to open up her own restaurant (Sabor in Mayfair), which was awarded a Michelin star the following year. Sabor (which means ‘flavour’ in Spanish) has a similar setup to Barrafina, but offers more Spanish classics and not just tapas. Angel Zapata Martin is now the Executive Chef for the Barrafina group.

So, the menu – what’s good about it? Well, frankly, pretty much everything. I’ve been to Barrafina lots of times – including all their branches – and it’s easy to see why they are so popular: they serve a consistently high quality of food that’s always delicious. You’ll always find on the menu, for example, classic tapas, such as Pan con Tomate. True, when you consider its ingredients (it’s really just tomato paste on warm toast) it doesn’t sound all that special – but just wait until you have a bite! Then there’s Ham croquetas, a lovely contrast of crispy shell and creamy centre. Or try the tortilla Española, which are always cooked with perfect timing, resulting in an omelette that’s beautifully runny inside. And of course, if you want to try the famous Ibérico ham while you’re here, go for the Paletilla 5J. It’s the top-tier Serrano shoulder from acorn-fed (bellota) purebred Iberian pigs. Yes, it’s a bit pricey – but you won’t regret it.

When it comes to main courses, they receive fresh seafood 6 times a week, so don’t forget to check the board for what’s available. Personally, I always go for Octopus, which is often on the menu. It’s super-tender, grilled, cut into bite-sized pieces, garnished with chopped chive and served with capers and olive oil. Deeelicious! If you prefer meat, well, you’re in a Spanish restaurant, so, in my view, you’d be mad not to go for Pluma Ibérica, a shoulder cut of Ibérico pork. They simply let it sizzle on the grill until it has a crispy surface and is pink in the middle. It’s juicy and flavourful.

For dessert, depending on your mood, the typical choices are either chocolate tart or the classic crema Catalana, though their Santiago tart is also excellent – it’s a wonderful orangey-almondy cake, originating from Galicia around the time of medieval pilgrimage.

As to service, it’s very attentive, and staff have no problem with spending time to explain the menu. This is perhaps surprising, given that it’s not a large space, and there’s an ever-present queue of people waiting for their turn. Despite this, at no time have I ever felt that I was being rushed.