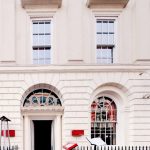 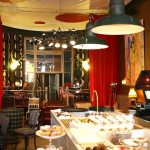 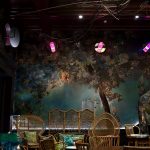 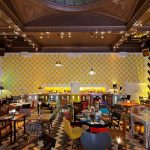 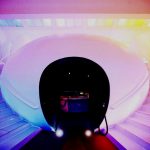 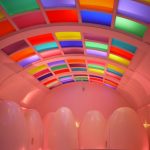 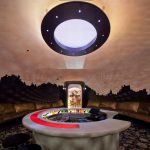 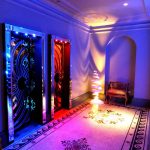 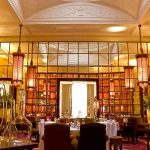 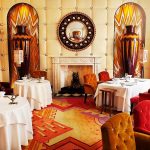 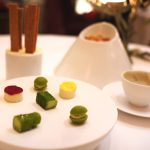 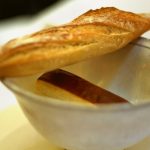 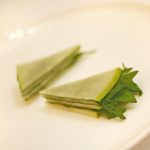 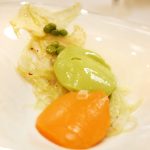 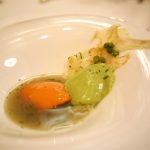 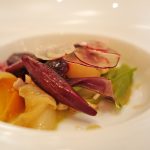 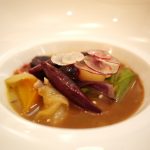 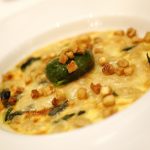 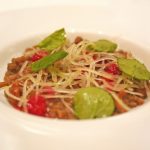 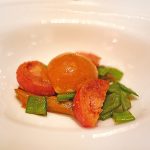 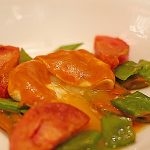 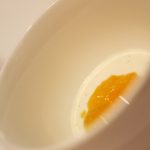 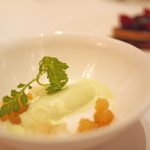 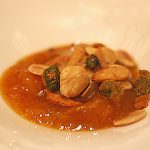 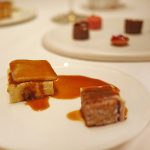 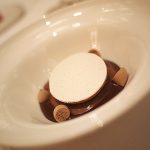 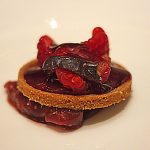 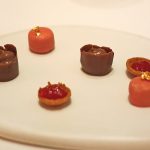 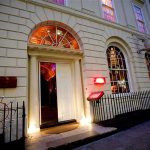 Image 1: Inside this Grade II listed Mayfair townhouse is the only place in the United Kingdom to experience the Paris 3-star chef Pierre Gagnaire's adventurous cuisine. I have been back to this special place many times since 2007 trying out different areas of Sketch from breakfast to late night drinks.

Image 2: The interior has changed significantly over the last few years so let's have a quick tour of this weird but wonderful house before talking about the food. The first room by the entrance is Parlour. A contemporary and cosy area for an elaborate breakfast or afternoon tea where they serve a wide variety of cakes.

Image 3: Further along the corridor was Glade, a magical surrounding with all-day comfort food menu and afternoon tea. At late night, it transforms into a busy cocktail lounge for post-meal drinks.

Image 4: Then Gallery. Yes, this colourful room is an art gallery during the day and converts into a gastro-brasserie in the evening.

Image 5: Passing through the room is the futuristic toilet area dominated by a pair of colour-coded lit staircase for the gents and ladies room. In between is the intimate East Bar ideal for a pre-dinner cocktail.

Image 7: The bar is in the shape of an igloo so it's not the most comfortable place to be in once the place is full. Go there early for pre-dinner drinks is my recommendation.

Image 8:
Moving onto the second floor passing by the luxurious Swarovski restroom…

Image 9:
… and finally up the stairs is the exclusive dining area, Lecture Room…

Image 10: … and a semi-private area, Library. OK. Let's get into the more important topic, food. Not only has Sketch recently gained their second star, the kitchen is now head up by Romain, the son of Alain Chapel.

Image 11: ... followed by thinly sliced apple sandwich of shiso leaf as a palate cleanser before the first course. Aromatic and refreshing! In terms of menu choice, if there is one place I have to try the vegetarian tasting menu, it has to be at a Pierre Gagnaire's restaurant since he is the one who treats his vegetables seriously and with some twists. And if this is the menu that the sommelier always suggest to his friends, it won't go too wrong!

Image 12:
As usual, a good choice of warm bread including baguette and focaccia.

Image 13: ... followed by thinly sliced apple sandwich of shiso leaf as a palate cleanser before the first course. Aromatic and refreshing! In terms of menu choice, if there is one place I have to try the vegetarian tasting menu, it has to be at a Pierre Gagnaire's restaurant since he is the one who treats his vegetables seriously and with some twists. And if this is the menu that the sommelier always suggest to his friends, it won't go too wrong!

Image 14: So, the first course of my first veggie tasting menu experience - Carrot & Pea! I loved the colour of both versions of ice cream - the orangy one was lemon and carrot, the green one was peas and mint. Laced with raw artichoke underneath with drops of olive oil and finished with a fennel soup that contained cubes of fennel jelly.

Image 15: I have never preferred ice cream to begin a meal but this course caught me by surprise. The rawness of carrot with hints of lemon, the sweetness of peas with hints of the refreshing mint, and the chilled fennel soup worked in harmony and the crunchy artichoke was great for the textural contrast. A very seductive and well balanced first course. Stunning!

Image 16: Second course was Roots - a root vegetable cocotte with fresh almonds, poured over an onion and green curry bouillon. Again, sounded odd to have curry at such an early stage of the meal but it was not just really good, but exceptionally good!

Image 17: I quickly noticed that each vegetable were separately carefully cooked, offering a fun mix of texture. Moreover, it was the bouillon that stole the spotlight from the first course. Highly reduced from root vegetable stock with a gentle touch of curry powder, this broth had a great depth of taste! I completely cleaned off the bowl with my bread as each drop was packed with flavours. Delicious!

Image 18: A beautiful gratin of Swiss Chard with aged comté. In the middle was a small leaf parcel of sorrel cream topped with mini cubes of crispy aubergines. A rich and enjoyable course, it could be overly filling but the shallow layer of gratin was right portion for me.

Image 19: The staple course was Spelt with seasonal mushrooms. It was like a risotto but much lighter. On top were fine strands of celery, baby spinach salad, and red berries which were all unnecessary! Every part of this course was delectable except for the extreme sharpness that occured everytime you bit into the red berry. Annoying!

Image 20: For main course, Egg Poached Jean Vignard, in honour of a Lyon chef where Gagnaire had his first apprenticeship at the age of 14!

Image 21: A simple looking dish accompanied by chopped beans and tomato wedges but the sophisticated part was obviously the egg! The egg white on the outer shell was completely cooked while portion of the white and the yolk were completely runny. Like a spherification but with an egg. Fun and tasty course but the portion was far too small

Image 22: As usual, Pierre Gagnaire's Grand Dessert for an extravagant finish that began with a smal tall bowl of peach and vanilla cream with blackcurrant at the bottom.

Image 23: Probably the most exotic item of the night was this green pepper ice cream! Haha, truly a vegetable menu to the stage that he even used green pepper for dessert and the amazing part was that it really worked! The green pepper did marry very well with the sweet coconut cream underneath. Fresh and brilliant dessert!

Image 25:
Then, a tasting portion of caramelised walnut cake and vanilla parfait drizzled with caramel toffee.

Image 26: Close to the end - a white disk of meringue reclined on cheesecake and chocolate sorbet and ganache. Powerful dessert in a good way.

Image 27: And finished with red fruit - a raspberry and fig tarlette with a red wine reduction. I have to admit, given that the non-meat tasting menu wasn't that substantial in terms of quantity of food, ending the meal with six types of desserts was too much sugar for me.

Image 28: Although I wasn't too full, I struggled to finish the petits-fours of cranberry tarlette, chocolate ganache, and whole cherry coated in white chocolate. Enough of sweets!

Image 29: Though the portion could have been more generous, I was impressed with all the vegetable creations in particular the ice cream starter and the flavourful root bouillon! The green pepper ice cream was clever too. I think I have "done" Sketch - tried multiple times in all areas and even the vegetarian tasting menu this time. From the pre-dinner cocktail at the East Bar to the post-meal drink at the Glade, it was another memorable night!